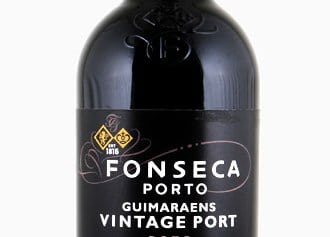 This week I’ve received news of two Vintage Port releases from 2013, a game of two halves vintage. One from a Port house which is celebrating its 200th birthday this year (and which I profile in today’s Busy Wine Lovers’ Guide for wine-searcher magazine).  The other is from a first timer.

The first timer is a unique collaborative Port from the O-PORT-UNIDADE Project.  The product of extreme blending, it was made by 25 Port houses.  Each house contributed not only the grapes to the melting pot but also VIP feet tread the grapes!

Axel Probst of World of Port organised the event in collaboration with Niepoort in order to raise funds for Bagos d’Ouro, a charity which cares for children in the Douro Valley.   He told me that the IVDP’s acceptance of O-PORT-UNIDADE Port as Vintage Port is “a great and important step along the way of the project.”  More ker-ching!  I look forward to tasting it and will keep you posted.

Although Fonseca has released a special Waterloo edition Finest Reserve Ruby and Crusted Port to commemorate its 200th birthday, understandably Fonseca’s MD Adrian Bridge is “delighted that we will be marking this historic event and celebrating the Bicentenary of the house with the release of a textbook Guimaraens 2013 Vintage Port.”

First made in 1931, Fonseca Guimaraens is produced in years that produce more supple and early maturing wines.  In 2013, it’s a reflection of a near miss exceptional vintage where, like 2014, rain during harvest affected play.  However, while 2014’s rain was very intermittent, in 2013 the rain came during late September.

For Head winemaker David Guimaraens “[T]here were exceptionally rich, powerful wines produced in 2013 prior to the rains of late September.  The Ports made from the Fonseca estates in the first week of the harvest were outstanding, allowing us to produce a very fine Guimaraens 2013 Vintage blend, full bodied and packed with dense berry fruit flavour.”

Here’s his report on the vintage:

“The preceding winter was very wet, with rainfall at Pinhão 30% above the norm.  This replenished water reserves depleted by the arid conditions of 2012.  In contrast to the intense rainfall early in the year, the growing season was dry with only 100mm of rain between April and August. As a result the vines were almost free of disease.  The early growing season was also relatively cool leading to slow growth and a late vérasion around 15 July.  July and August recorded very high temperatures which accelerated the cycle and encouraged ripening of the crop.  July was the hottest month, with an average temperature of over 26°C, and in the two months of July and August there were 11 days on which the temperature exceeded 40°C.  The hot weather extended into September but some rainfall early in the month helped to round off the ripening.  Picking started at Quinta do Panascal on 21 September and in the two Pinhão Valley estates, Cruzeiro and Santo António, on 23rd.  Harvesting conditions were excellent until 27 September when there was heavy rainfall.  Fortunately the best grapes were under cover by this time and produced deeply coloured, aromatic musts.”

Fonseca Guimaraens 2013 will be shipped to the UK later in the year and sold “En Primeur” for a recommended retail price of around £30/bottle.  I look forward to catching up with it at The Big Fortified Tasting if not before.