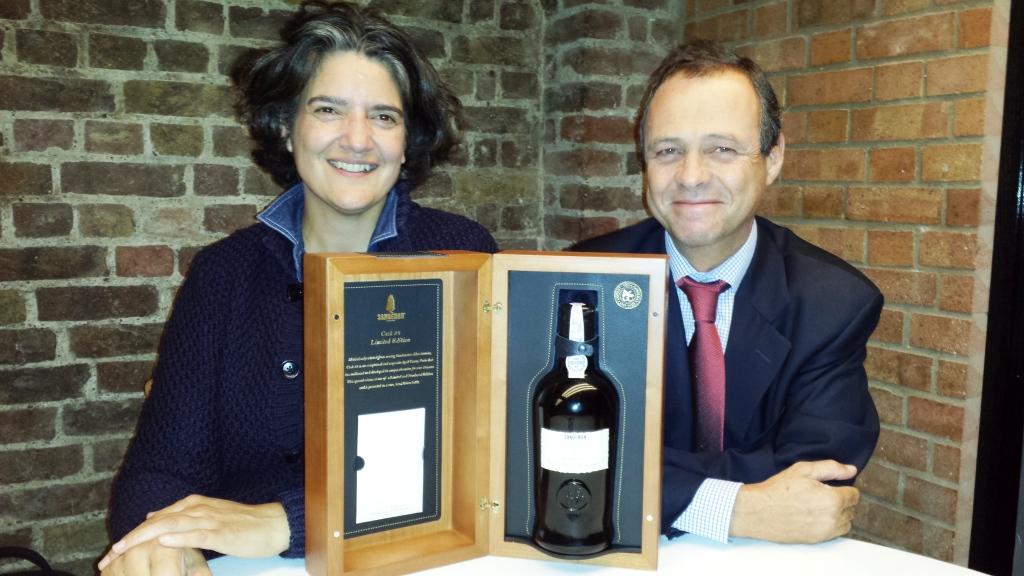 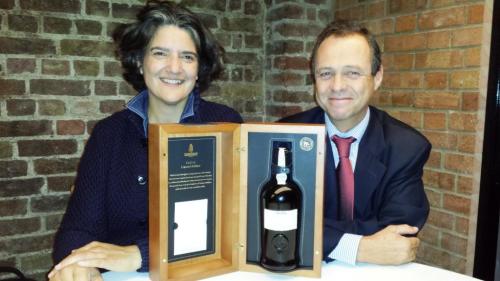 How true it is that writing about wine tempts you to adopt a lifestyle you cannot afford. There’s no better case in point than Very Old Tawny Port, Port wine’s most expensive category.  As my broad grin suggests, these are some of the most excitingly complex, delectable wines I’ve ever had the privilege to taste.  And since they are super-intense yet ready-to-go on release, luckily for me they’re just as enjoyable in homeopathic amounts as by the bottle!

Here are my notes on the latest sample to come my way at a press launch with Sogrape’s Chief Winemaker, Luis Sottomayor (pictured), followed by a bit of background on how Sandeman Cask 33 came to be singled out.  Follow this link for my notes on all the recent releases of Very Old Tawny Port. 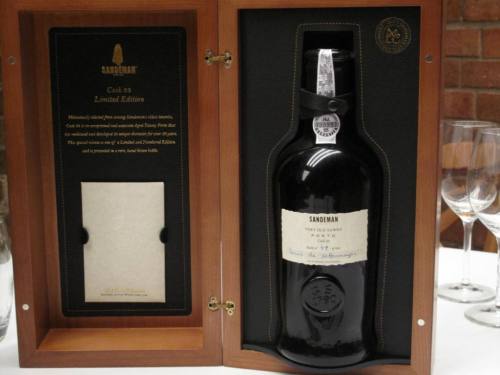 Though ruddy of hue this Very Old Tawny is quite shy on the nose.  And in the mouth it’s no blockbuster.  Which is to be expected of Sottomayor, whose watchword is elegance.  Thanks to its fine, nutty spine and freshness (it was aged in Vila Nova de Gaia from the off), it has lovely line to its dried apricot  and, but for its subtly silken sheathe of caramel (salt caramel mind), a touch of cognac-like austerity.   Which reminds you that this pared back tawny was conceived and raised as a component part of Sandeman’s age-dated tawnies, specifically, the 40 Year Old.    Sourced from a lot of some 40 casks which were laid down for ageing in 1963 and regularly refreshed, cask 33 cannot lay claim to the patina of  age or complexity of the recent rash of nineteenth century Very Old Tawny Ports.  But then, at £525 (indeed £524.70 at Hedonism), it doesn’t have the price tag either.  A very delectable, finely honed tawny; 685 bottles produced.

Sandeman Cask 33 Very Old Tawny Port represents the first time that the house, which has always focused on blends, has released a single cask Tawny.  The reason for diverging from standard procedure?  To celebrate the Port House’s 225th anniversary by providing a window on the blending process.  Step forward one of its key components.

Sottomayor, who tastes the entire company’s stock of tawny ports three to four times a year, explains he singled out cask 33 for this honour because of its “fantastic evolution.”  Though it is one of Sandeman’s oldest casks of Tawny Port (averaging 50 Years Old, the oldest component 70 years old), he cannot explain why it was more complex, spicy and fresh than “twin” casks from the same lot.

Comparing its future with the rest of the lot he says “this has escaped from the 40 Year Old blend and has a chance to live life alone…I’m not sure for how long.”  Not least, I reckon, because it’s so delicious! 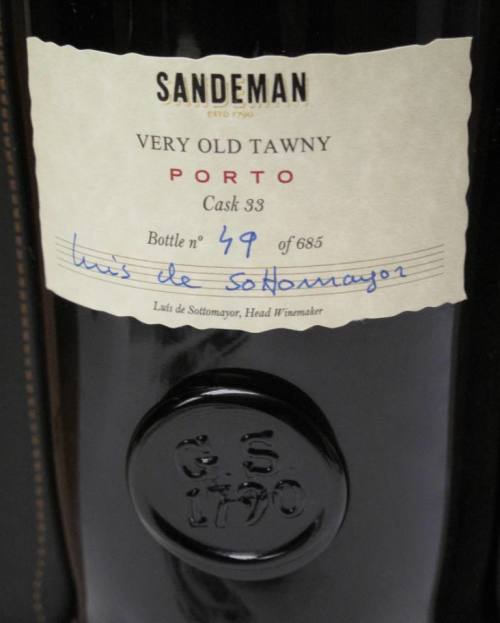 While Sottomayor rightly prefers to talk about the wine and not dwell on the bottle, the hand blown (apparently very heavy design) is based on the style which Sandeman’s founder, George Sandeman, would have used back in the eighteenth century (hence his initials on the bottle).