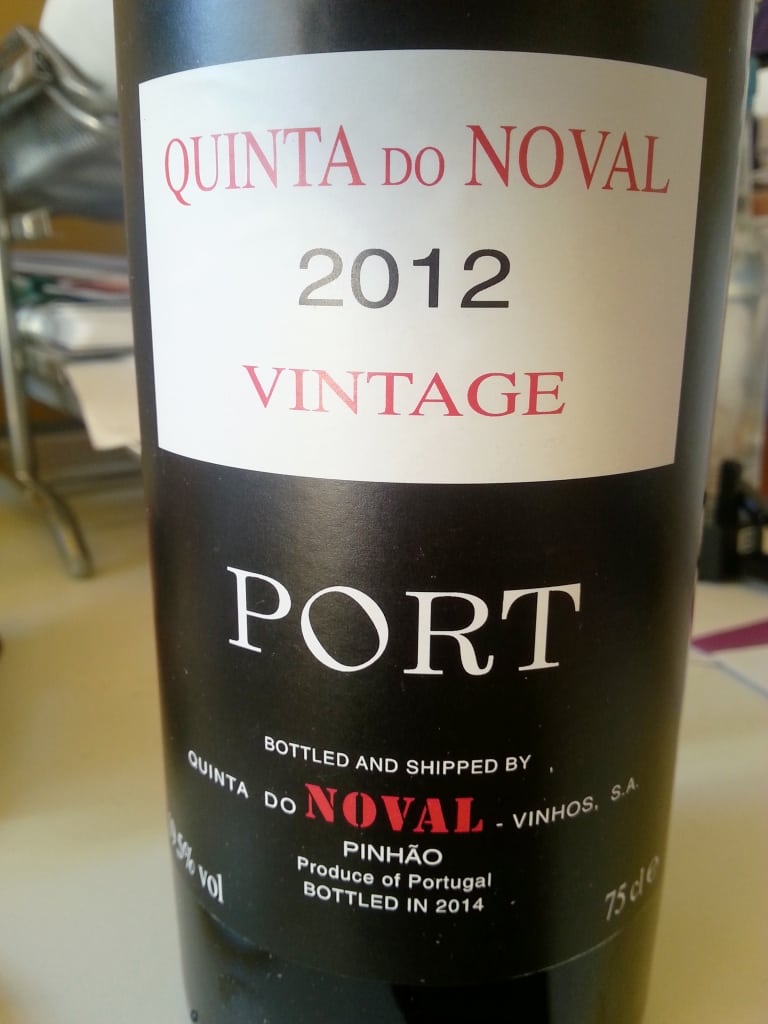 Managing Director Christian Seely explains: “Quinta do Noval has always marched to the beat of its own drum. Our approach is very clear: when we are convinced that we have a wine of sufficient quality to merit a declaration as Quinta do Noval,  we do so. 2012 is an outstanding example of this”.

Below you’ll find a report on the vintage from António Agrellos, Noval’s Technical Director followed by my tasting note.

The year 2012 was characterized by an extremely dry and cold winter, followed by a very wet spring and a dry summer. These spring rains were crucial because they supplied the water necessary for the development of the vines.

Yields were naturally low, but this fact coupled with the mild temperatures of spring and summer, allowed the vines to achieve an excellent maturation of the grapes. The harvest started a week later than normal.

Although 2012 was a drought year, the grapes were in very good condition, with small but perfect berries that produced flavourful musts, full of freshness and good acidity.

In 2012, thanks to plenty of essential rain through the spring, and then an extremely dry summer we were able to produce a very small quantity of truly exceptional Port that we considered worthy of a Vintage declaration. Following strict selection of lots in the tasting room, we made just 1000 cases of our Quinta do Noval 2012 Vintage Port.

The result is a Vintage Port which, according to wine-making director Antonio Agrellos: “is a classic example of the Quinta do Noval style and a worthy addition to the recent Quinta do Noval declarations such as 2011, 2008 and 2007”.

Quinta do Noval Vintage Port 2012 is a blend of 70% Touriga Nacional, 25% Touriga Franca and 5 % Tinto Cão.  The grapes were trodden by foot and fermented in traditional lagares with temperature control at 28º.  It was matured for 18 months in wooden barrels.  With such a high percentage of the Tourigas this is a deep purple, flamboyantly perfumed Port with a violet-riven nose and palate – violets with attitude then!  It has a notable sweetness to both nose and fleshy palate, which seems positively open knit compared with the more densely concentrated but equally refined Quinta do Noval 2011 Vintage Port (one of my picks of this must buy generally declared year).  However, behind its svelte and succulent cocoa-dusted black cherry and plum fruits lurks a charge of fine tannins.  So don’t be fooled by the charm offensive – just enjoy it and opt for drinking the ’12 in its fruit-gilded youth.  I doubt it will keep as long as the 2011 but said tannins together with its delightful freshness suggest there’s plenty in the tank yet. Indeed Noval suggest it’s best drunk 4 to 40 years after bottling. 19.5%