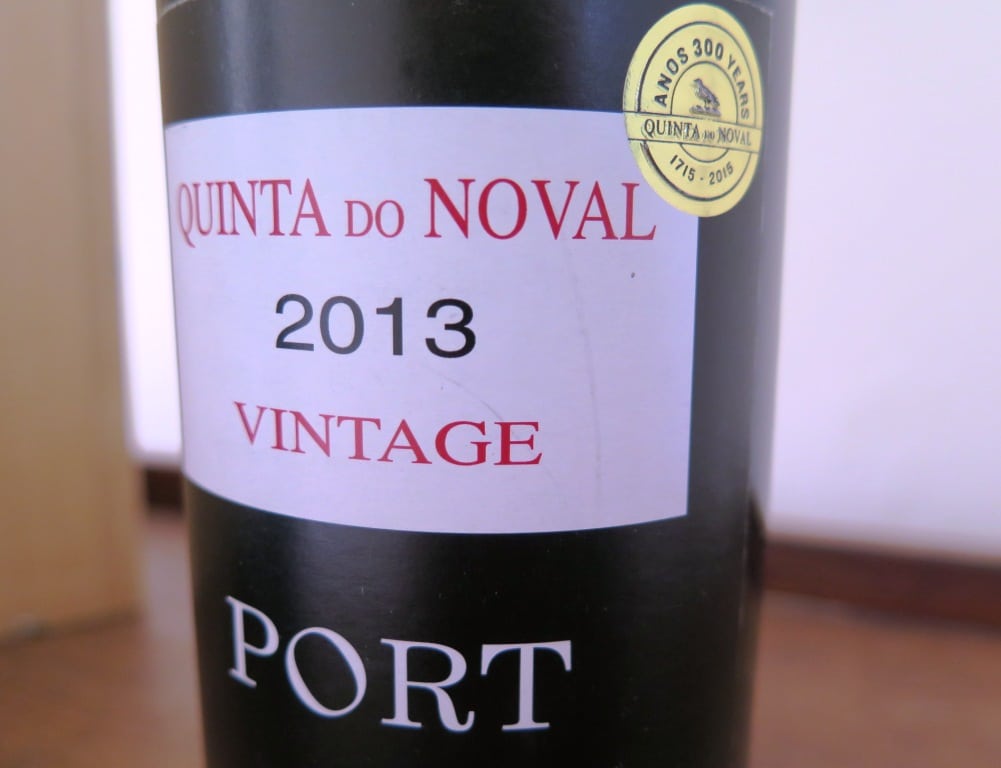 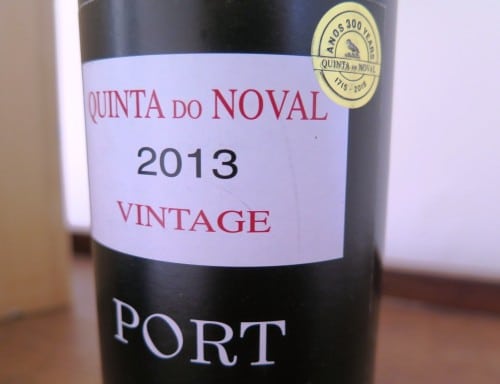 Managing Director Christian Seely explains “Quinta do Noval has consistently followed a policy in recent years of declaring a Vintage Port, even of very small volume, if even a tiny proportion of the harvest has the quality and style of a Quinta do Noval Vintage Port.”  A style which he describes as “elegant, pure, aromatic, perfectly harmonious .”

“In 2013 the winter was extremely wet, and rain continued to fall heavily until April 2013. This was beneficial because it restored the soils water reserves, which were very low after 2 dry years. Then a cool and wet spring preceded a dry hot summer, with virtually no rain. These climatic conditions conditioned the evolution of the vegetative cycle, resulting into a low production year and delaying ripening in the vineyards by 10 days.  Rainfall occurred on September 5, although a little late, gave us new courage. So we decided to wait a few days. The grapes improved significantly and we started on September 10th, with grapes in perfect health and maturation that produced musts of extremely high quality. The wines that make up our 2013 Vintage Port were made from grapes harvested in this initial period.

Subsequently it rained between September 27 and October 3, which increased the moisture content to 80 or 90%, leading to favourable conditions for the emergence of botrytis, so we had to accelerate the pace of the harvest to bring the grapes in in healthy condition. Good wines were made in this latter period, but the outstanding lots were produced in the earlier part of the harvest.”

Quinta do Noval is based in Vale de Mendiz in Pinhão, in the Cima Corgo.  Like all Noval Vintage Ports, the 2013 was produced exclusively from selected plots on the Quinta and trodden by foot in lagares.  It was aged for 18 months in wooden barrels in the air-conditioned cellars at the Quinta before bottling.  It is a deep aubergine hue with a bright crimson rim.  On the nose it reveals lifted floral notes (peonies) and just a hint of greenness.  A greeness which, I might add, I don’t mind at all.  It’s part of the elegant style of this Vintage Port, which I found lighter than the others 2013s I tasted alongside it over three days (Sandeman Quinta de Seixo and the Symington’s more easterly Douro Superior estate Quinta do Vesuvio and Dow’s Quinta da Senhora da Ribeira, where picking started a week later).  In the mouth, it has the marked freshness of earlier-picked grapes from this vintage – lovely acidity/freshness to its juicy brambly, woody raspberry and succulent black cherry and plum fruit.  Very long and mineral, quite dry and elegant, with dusty schist mineral notes and powder-fine, gently mouth-coating tannins.  A highly disgestible, accessible Port of character and charm. 1,200 cases were produced, representing less than 3% of the production of this 143 hectare quinta. 19,5 % abv, Residual Sugar: 94,00 g/dm3.