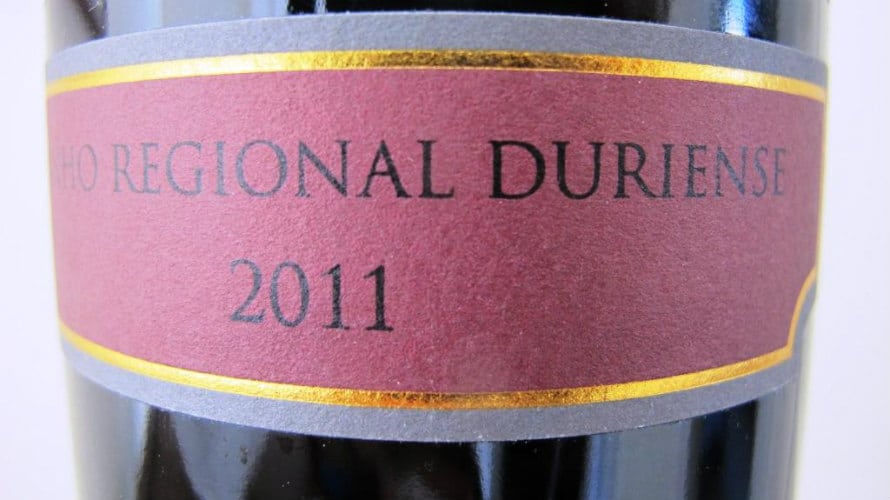 Many winemakers have described the Douro as “a playground”. What with its multi-faceted slopes, vineyards located at anywhere between 100m-900m and Smörgåsbord of grape varieties, the stylistic permutations seem endless. Spoiled for choice one might say….

And yet for some, take my latest off-piste discovery – Quinta da Romaneira Petit Verdot 2011 – the Douro DOC region’s 118 approved varieties are not enough! Which explains why this red single varietal wine from one of the great historic quintas of the Douro Valley is labelled Vinho Regional Duriense and not DOC Douro.

I must confess I tend to have a knee-jerk negative reaction to the use of non-local grapes, (especially foreign grapes) when Portugal is so richly and uniquely endowed with those native grape varieties that make it a wine lovers’ paradise. Well might one ask what’s so great about Petit Verdot? But to use the words of Tiago Teles, perhaps the right question is do the grapes “drive the local?”.

Being a late (even later than Cabernet Sauvignon) and therefore risky ripener in Bordeaux (from where it originates), Petit Verdot is bit part player in the famous French region’s red blends (the so-called ‘salt and pepper’). But transplant it to warmer, drier climes where it stands a much better chance of fully ripening and Petit Verdot makes for a powerful stand alone variety. Indeed, given that the vines were only planted in 2006, I couldn’t help but be impressed by the concentration and structure of Quinta da Romaneira Petit Verdot. Not that the Douro is short of concentrated, structured wines. So what possessed Romaneira’s co-founder and Managing Director Christian Seely to plant it when he oversaw the renovation of the 17th century quinta following its acquisition in 2004? Might it be a French flight of fancy where Seely is also the Managing Director of France’s AXA Millésimes, owner of Bordeaux châteaux Pichon-Baron, Petit Village and Suduiraut?

Not one to mince words Seely simply observes “it has done incredibly well.” In fact so well that he has grafted over vines at Quinta do Noval (which is part of AXA Millésimes’ portfolio). It’s the acid test which explains why both Romaneira and Noval also produce a Syrah (the latter of which made the cut for my Wines of Portugal 50 Great Portuguese Wines in 2010). And the reason why Seely gave Bordeaux’s iconic variety, Cabernet Sauvignon, short shrift. Though it was planted at Noval’s vineyard in the Roncão valley Seely memorably told me on a visit a few years ago that, while Syrah was “well-adapted to the Douro, Cabernet stood out like a vulgar tourist.” Suffice to say the Cabernet vines were promptly grafted over to native variety Touriga Franca! From the outstanding 2011 harvest this Petit Verdot has a deep opaque glossy aubergine skin hue. The nose is powerful and very vinous with rich, currant fruit, spicy fruitcake and cured leather, all of which notes follow through on an ample but well balanced palate with ripe but present supporting tannins. I particularly like the way that it hugs the palate – there’s lovely fruit intensity and weight here plus a hint of Douro dust and eucalypt to the long, rolling finish. Still, I doubt very much I’d guess this wine’s provenance if tasted blind. Very good. In fact the best varietal Petit Verdot I’ve yet tasted (albeit from a small base). 14%

This article is re-published with the kind permission of Blend, All About Wine.