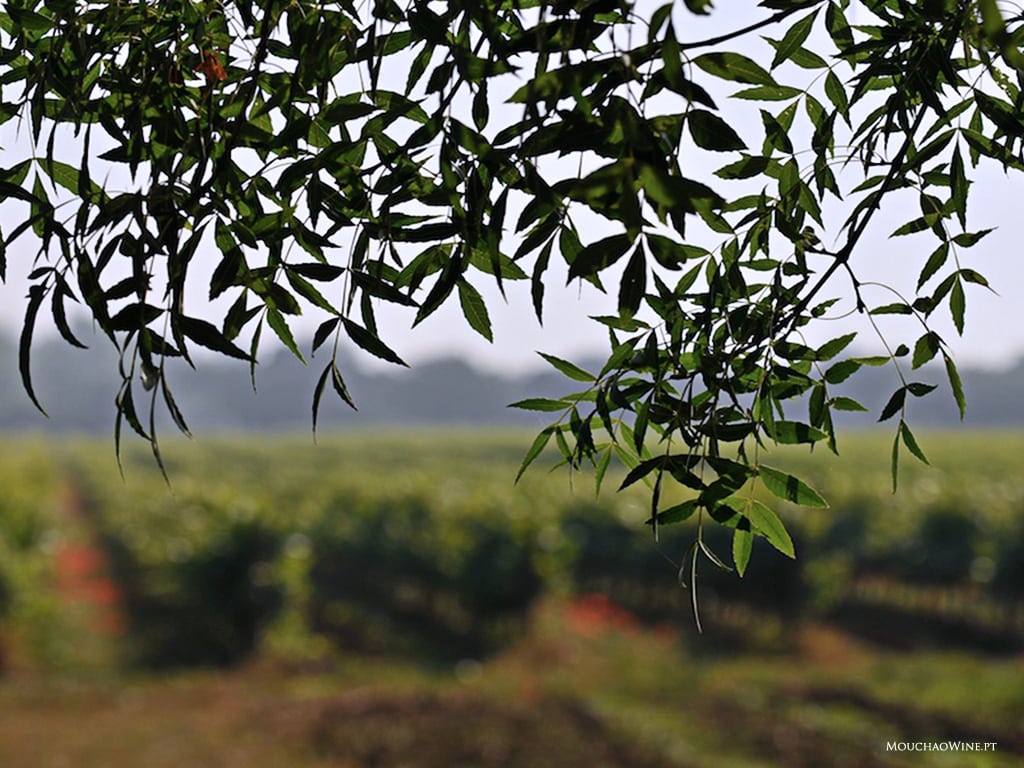 If there’s a red grape which really excites me from Alentejo it’s Alicante Bouschet, a red-fleshed grape which is a cross of Petit Bouschet and Grenache.

And the masters of the genre? Without question, Herdade do Mouchão, so I much looked forward to broaching the latest releases from the 2008 vintage, also the 2003 Colheita Antigua (museum release).

You’ll find my tasting notes on this terrific trio below but, since Mouchão is one of the region’s few historic wine estates, first a bit of history. Sitting comfortably? Then I’ll begin! 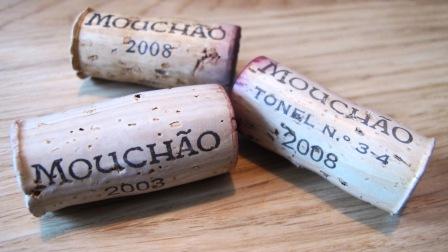 When Thomas Reynolds moved from Oporto to Alentejo in the early 19th century, the draw was cork, not wine. Even today the region accounts for the greater part of Portugal’s cork production (and Portugal produces around half of the world’s cork supply).

It was only when his grandson, John Reynolds purchased Herdade do Mouchão, a 900ha property, that the family themselves put cork to one of its most traditional uses, as a stopper for wine bottles. He planted the first vineyard and built Mouchão’s winery in 1901.

In fact the corks only really came into play in the 1950s as the Reynolds started to estate bottle the wines (as opposed to selling them in bulk). Still, this makes Mouchão one of Alentejo’s pioneering estates (most were founded between 1995 and 2010, when their number shot up from 45 to 260).

Mouchão‘s reputation is very much founded on its long-lived Alicante Bouschet. Certainly the 1979 vintage which I tasted in 2009 gave eloquent testimony to its powers of graceful ageing. It was the last vintage to be made from the original vines. Mouchão was expropriated following the 1974 revolution and “co-operatised” for 10 years, during which time the vineyards fell into disrepair. 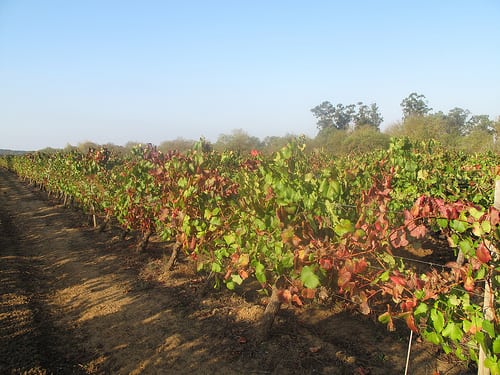 When the estate was returned to the Reynolds family they started afresh in 1986, planting 38ha across several vineyards. Trincadeira, Aragonês and Touriga Nacional plus some white varieties were planted on higher, well-drained ground. Like the earliest plantings, Alicante Bouschet was planted on lower lying (c. 200m), deep clay soils located between two small rivers and bordered by trees. As the wines demonstrate, but also the health of the vines (pictured), it thrives there, producing remarkably floral wines with more lift and finesse than any other Alicante Bouschet-driven wines that I’ve tasted.

While the original vineyards did not survive, the winery did and is still in use today, as are the old stone lagares in which Mouchão’s top reds are foot-trodden with stems and the sizeable oak and hardwood vats (“toneis”) in which they are aged for 2 years, before being released 4 years after the vintage.

Made predominantly from Alicante Bouschet with Trincadeira, Mouchão 2008 is deep plum in hue with a lift of sappy eucalypt to its richly-scented, vinous nose and palate which reveals kid glove leather, violets, warm earth and intense red cherry, bilberry and damson fruit. With its summer compote fruits and spicy layers of liquorice, tobacco, clove and cassia, it has lovely weight in the mouth while retaining interest and, most admirably, freshness. A quality which, together with its ample but fine-grained tannins, makes for a lingering, persistent finish whose earthy, ironstone tang undertow becomes more pronounced over the three days in which I eke it out. This expressive wine has a very real sense of place. Excellent. 14%.

With 100% Alicante Bouschet and the cream of the crop at that, Tonel No 3-4 has a much more authoritative nose and palate – a tightly coiled energy about it and a dryness – a seriousness – which immediately commands the attention (and holds it). Finesse and grip. Its colour – bright ruby – is as vibrant as the palate, whose tightly furled black and red currant, berry and pomegranate fruit has a pithy, crunchy, skinsy quality as if to say, it’s not time to give up my fruit yet, come back later. Which is most probably good advice! With terrific freshness and intensity, this wine is built for the long haul. Wood(smoke), leather and earth nuances emerge with time in glass. The finish – long, persistent and very spicy (bay leaf predominating) – is finely honed, shot through with mineral acidity, eucalypt, mint tea and the same ironstone tang I found in its junior sibling. Though the tannins are firmer, they are exceptionally refined – gently assertive, so beautifully are they integrated in the wine. Very much part and parcel of the fruit, which is a splendid advantage which aged toneis have over younger barriques. Still energetic and captivating on day 3, this is an outstanding wine. 14%.

The 2003 museum release offers a rich, expansive mouthful of sweet tertiary flavours – spicy plum, dried fig and panforte with warm, sun-scorched earth. With lots of sucrosity to fruit and tannins the extreme heat of the vintage comes across loud and clear from the off. But, as it opens up, savoury notes – spice (especially liquorice), menthol (eucalypt, mint, even camphor) and that hallmark ironstone earthy tang – become more prevalent, affording a peek behind the puppy fat (or middle aged spread!) to the essence of the wine. I doubt it has the ageing capacity of the more structured 2008s, but it makes for deliciously generous, characterful drinking right now and has the capacity to age for several more years. 14.5%.

Most UK stockists seem to stock the 2006 vintage of Mouchão (priced at around £24), but the 2008 Tonel No 3-4 is available in the UK. It is listed by Wine from Portugal, priced at £100/bottle – expensive but not out of whack with other wines of this quality and individuality.

It’s also worth noting that Portal restaurant in the city has a fabulous list of Mouchão vintages. Owner Antonio Correia is a big fan of the estate and lists the 2006 Mouchão, Colheitas Antigas 2000, Mouchão Old Vines 2002 and Tonel N° 3-4 (priced at an ungreedy £130.00, this was one of 50 Great Portuguese Wine selections in 2010). I dined there in December and can recommend the menu too (new head chef Victor Veloso is refreshingly creative and flexible around vegetarians, which wins big brownie points from me!)