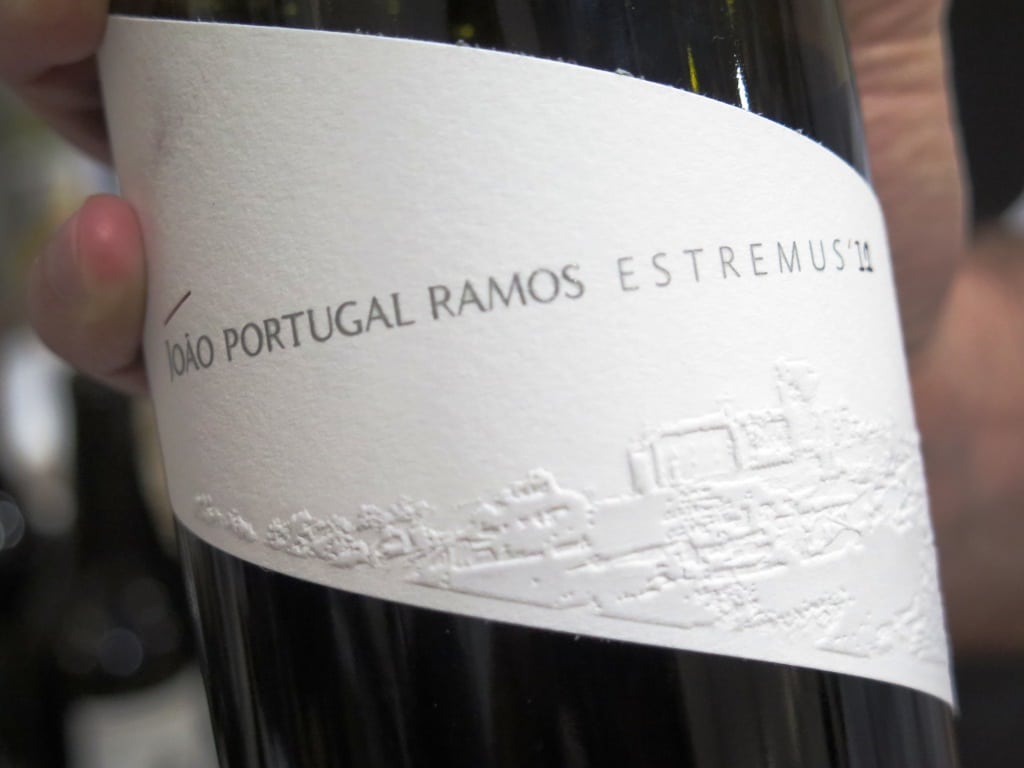 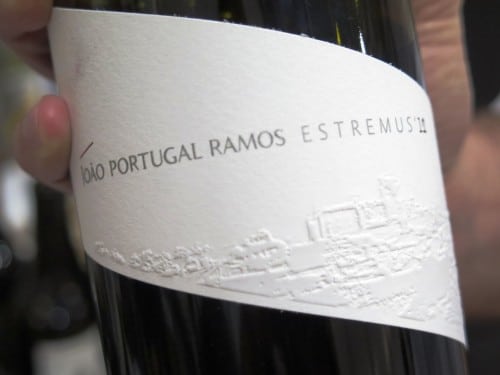 “Under the table” has two meanings.  To be intoxicated or clandestine.  In the wine trade it can mean both since the clandestine thing is usually a sneak preview of an experimental or limited edition wine.  And with all the nudge nudge, wink wink secrecy, it had better be intoxicating!

Even had it been on (and not under) the table at last month’s Wines of Portugal Annual Tasting, I’d have made a bee-line for João Portugal Ramos’ table to taste Estremus 2012. The maiden 2011 vintage blew me away.  From the vintage which the man himself declared “the best ever” in 33 years, the 2012 had big boots to fill.

And just like in the Douro, while 2012 may not have been as stellar as 2011, yields were low and berries were small (and healthy) owing to drought (rainfall was but a third of the average in Estremoz).  So concentration was good. Again, just like in the Douro, because the summer was mild, wines had good structure and balance, if not the fruit intensity and muscle of 2011.  Here’s my note:

Estremus hails from several rows of vines (Alicante Bouschet and Trincadeira) on the limestone over marble slopes of Estremoz castle.   Though very youthful, the 2012 is not fruity and exuberant.  Rather, it’s tight knit with tobacco-edged, brooding deep-seated black fruits which pull you in.  A charge of fine, mineral tannins and fresh acidity extends and animates this long, intense wine.  Introspective – seemingly drier and less perfumed than the 2011 – but I fancy it has excellent potential given its freshness and line.
(Visited 276 times, 1 visits today)
Categories
Portugal
Tagged
Alentejo red wineAlentejo wineJoao Portugal RamosJoão Portugal Ramos Estremus 2012Portuguese Red WinePortuguese wine