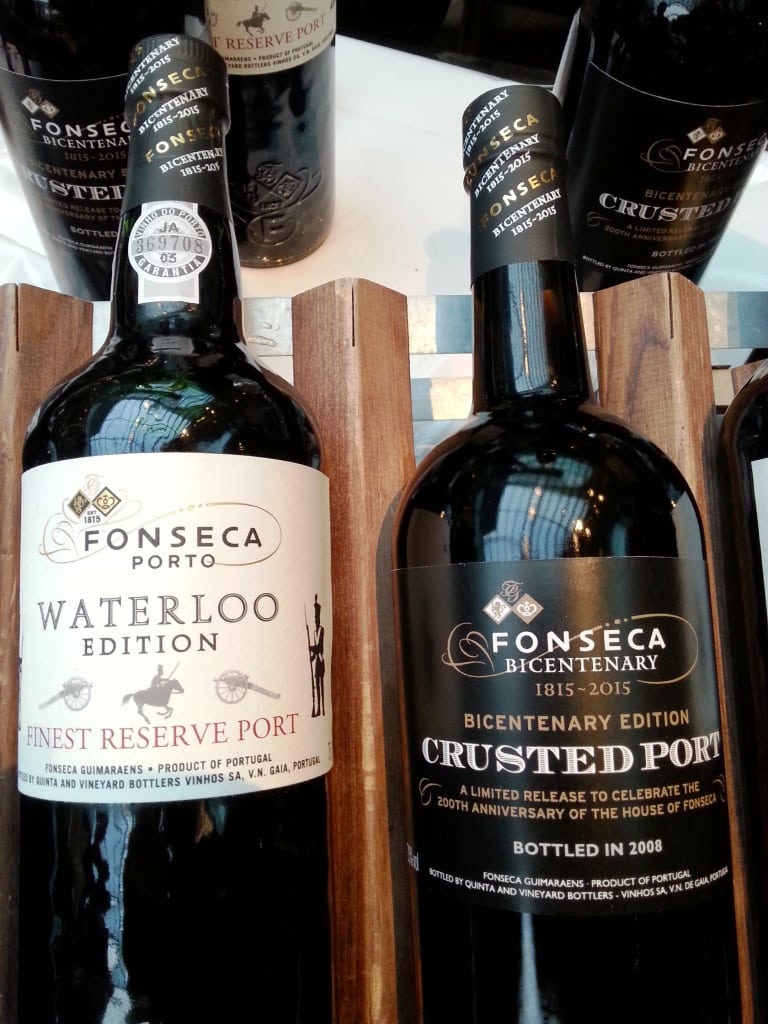 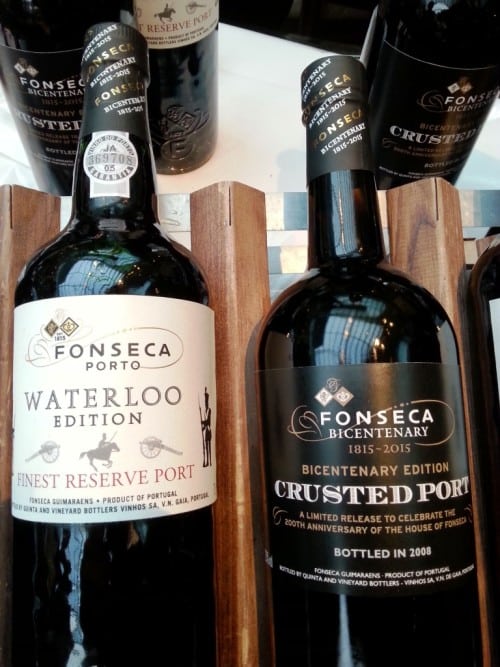 This year two venerable Port houses celebrate their 200th anniversaries – Fonseca and Cockburns. I’ll be reporting on their commemorative tastings later this year which, I gather, will include some pretty rarified Ports.  Watch this space!  However, the chance to commemorate Fonseca’s bicentenary doesn’t necessarily involve a big price tag.  Below you’ll find my notes on a pair of soon to be released special bicentenary year Ports, together with notes on all Fonseca’s latest bottle-aged releases.  I’m told that all Fonseca Ports released for sale this year will bear the distinctive bicentenary capsule. 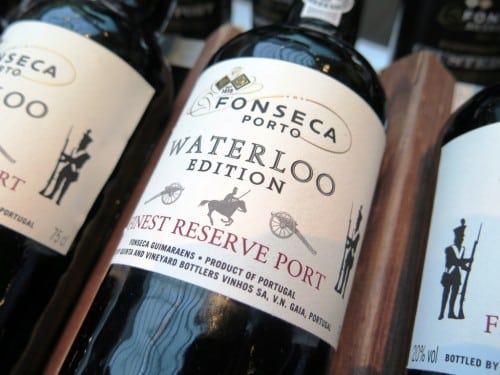 The Duke of Wellington spent much of his career leading an allied army of British and Portuguese soldiers against the forces of Napoleon during the peninsular campaigns.   The Waterloo Edition Port marks the Duke of Wellington’s victory at the Battle of Waterloo over Napoleon’s Grande Armee on 18 June, 1815 (ten weeks after Fonseca began trading).   In essence, Waterloo is a different blending lot of Bin 27.  Tasting the two Finest Reserve Ruby Ports alongside one another, Waterloo is richer, sweeter and smoother.  Very luscious, very Fonseca, with velvety tannins and lashings of baked and tangier yoghurty black cherry fruit.  Sumptuous; slips down all too easily.

Spicier and more floral than the Waterloo Edition with nice purity and concentration of cocoa-dusted crushed berries and fruits of the forest.  Lovely balance and persistence.   Rightly a benchmark Finest Reserve.  £13.50 at Hennings

Firmer and fresher in style than the fleshier Bin 27 and the Waterloo Edition, I’ve always enjoyed this Port’s energy and structure.  It has a little more emphasis on red fruits of the forest and a delicious lick of gingerbread spices.  An elegant Reserve Ruby. £17.99 at Waitrose 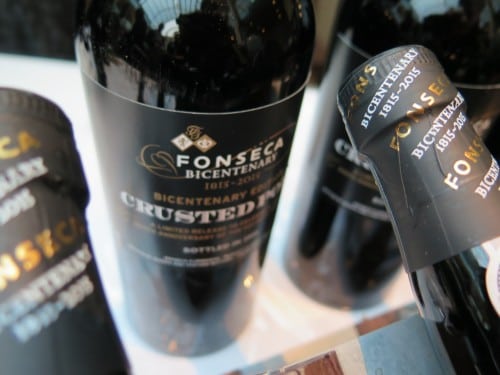 Bottled in 2008 and unfiltered this Crusted Port is more gutsy and savoury than the preceding non-vintage blends. It’s a broad-shouldered, full-bodied Port with concentrated spicy fruitcake, baked plum and fig fruit and a hint of leather.  Though the flavour profile is mature, it has no shortage of vigour or heft.  Good for now and will continue to develop.

Late Bottled Vintage Port is the entry level category for bottled-aged Port from a single vintage.  Unlike most more commercial styles, the Fonseca is unfiltered which results in a more structured, textural Port with impressive gravelly back palate tannins – a nice bit of grip to balance its concentrated spice and dark chocolate-edged red and black currant and berry fruit.  A firm, well-focused finish is long and precise.  Excellent.  £16.99 at Hennings

Rain during harvest made for a tricky vintage which, inevitably, is a little more apparent in this single quinta Vintage Port (Guimaraens is sourced from three Fonseca quintas).  That said, I found this bottle better focused than the sample I tasted in 2013.  It has an attractive backbone of fine tannins with liquorice and dried spice to its leanish plum fruit.

Fleshier, more generous than Panascal, with attractive star anise and fruitcake spices to its baked plum and dried fig fruit.  It’s a mellow fellow with ripe but present supporting tannins.  Nice balance and length.  £27.99 at Waitrose. My pick of the two Fonseca 1998s though, having subsequently enjoyed a very fine bottle of Warres Quinta da Cavadinha 1998 over the weekend with family, that would be my pick of the bunch.  £29.99 at Hennings. 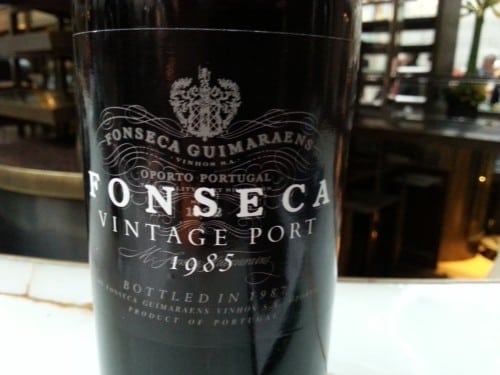 I have to admit it was impossible for me to spit this superlative vintage which, just as in 2013, remains full of youthful vim and vigour.  In fact one very well known competitor recently told me he reckons this is one of the best Vintage Ports made in the last 40 years; its stitching was certainly holding up much better than the comparatively evolved bottle of Taylor’s 1985 at the next table.  It’s a very deep hue with signature Fonseca flamboyance to its sweet cherry almond pie, fresh grated coconut and spicy liquorice nose.  Yet, in the mouth it’s still very firm, with concentrated, darker, brooding berry and currant fruit woven in and around a firm, mineral, spicy chassis of tannins.  An exceptionally long, controlled finish is quite magnificent.  Wonderful back palate resonance.  Terrific.  Forget 200th anniversaries, this is the perfect 30th birthday present.  £48 ex-Vat at L’Assemblage, £72.50 at Hennings £85 at Berry Bros & Rudd. (Incidentally, I notice that Hennings has a great saving on Fonseca 2000, down to £46.75; it has been in great form each time I’ve tasted it these last few years).

Follow this link for my 2013 report of a superlative tasting of Fonseca Ports, including the 1963.