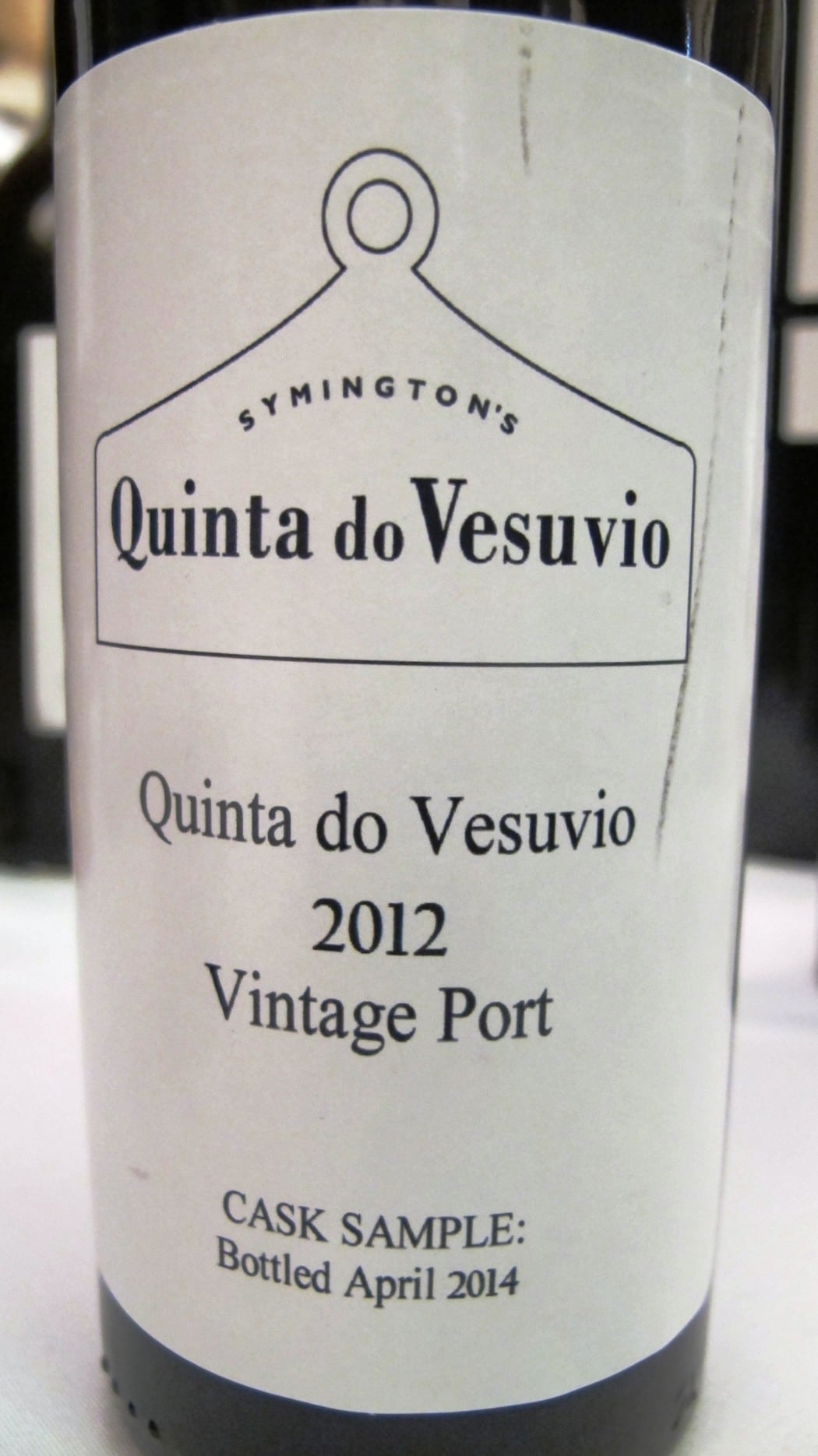 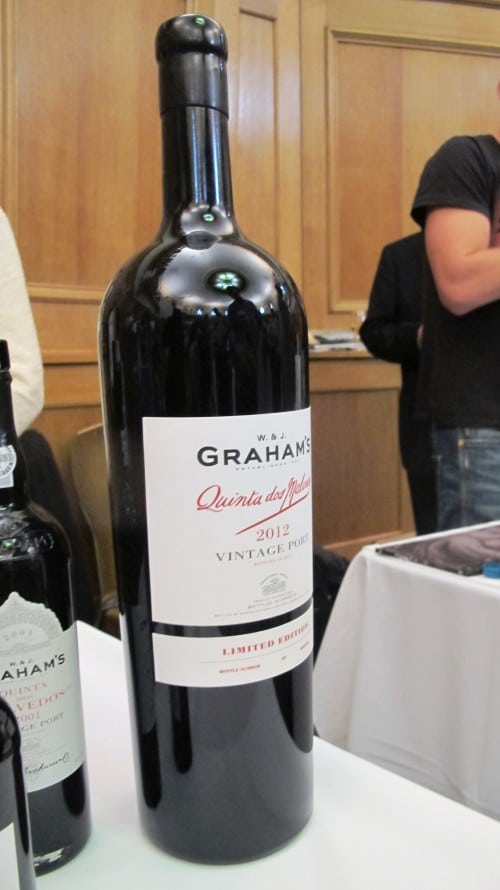 A deceptively big bottle for a low yielding vintage! But just 12 double magnums of Graham’s Quinta dos Malvedos 2012 have been made

I caught up with two of the latest vintage Ports releases from Symington Family Estates at The Big Fortified tasting at the end of last month.  Later this week, David Guimaraens will be revealing the Fladgate Partnership’s three 2012 Vintage Ports from Taylor’s Quinta de Vargellas, Croft Quinta da Roêda and Fonseca Guimaraens (watch this space for my report).

So how was the vintage?  As Paul Symington coined it in his detailed 2012 Douro vintage report, 2012 was “not a year for the accountants.”  Showing me the 2012s, Port winemaker Henry Shotton recalls it was a complicated year, preceded by a very very dry winter with, fortunately, a sprinkle of  rain around fruit set in April and May.  Nonetheless, yields were very low (650g/vine at Graham’s Malvedos).  Handily, summer was a bit cooler than usual (otherwise the fruit might easily have become overripe – lower yields ripen faster).  Though heavy rain stopped play during harvest it would appear that the decision to stop and re-start picking paid off.  Here are my notes on the wines (Graham’s Quinta dos Malvedos, pictured was not available to taste) – very much a first glimpse of cask samples. 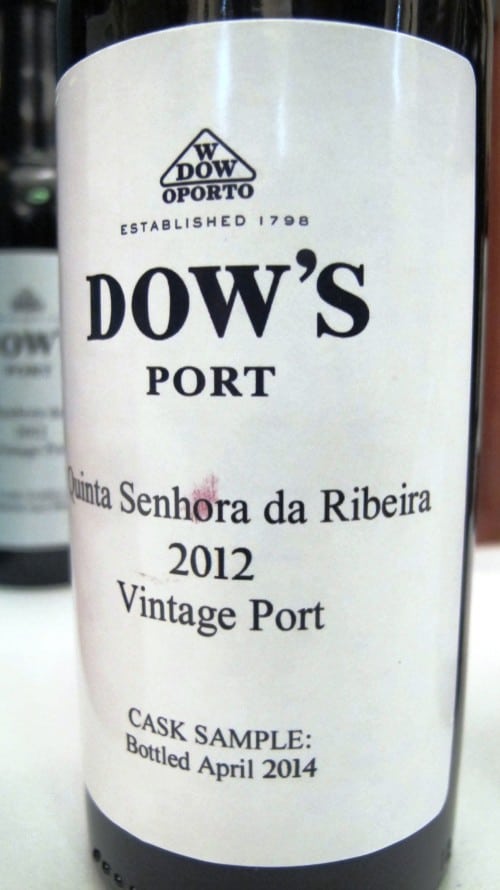 Very typical of this estate in its luxuriantly sweet, bright and, as yet, tight and a little raw black fruits – plenty concentrated though!   Lovely heady (violet) aromatics.   Promisingly hedonistic. Where the Dow’s is hedonistic the Vesuvio is a vigorous Port with a heft of peppery, palate-staining fruit and deep seam of minerality, all yet to be mined but postively palpable.  Ripe but firm tannins equally bode well for the long term.  Terrific potential.