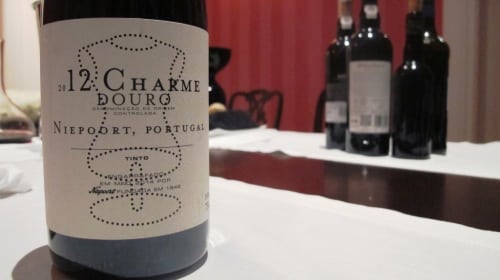 An abundance of charm: 2012 Douro reds

Selecting Wine & Soul Guru 2013 as one my December Wines of the Month gave you a steer on my take of the 2013 vintage for whites (Niepoort excelled too).  But what of 2012 Douro reds? They have big boots to fill following on from the universally acclaimed “all the stars were aligned” 2011 Douro vintage, not least now 2011 is back in the spotlight after Wine Spectator’s Top 100 announcement.

On my flight to Lisboa this week I started the exercise of winnowing down my selection of 2012 Douro reds for Decanter magazine’s Expert’s Choice.  It will feature eighteen recommendations and, let me tell you, it’s not going to be an easy task!

While the 2012 Douro reds I tasted last week in Oporto didn’t have the sheer force of personality of the 2011s, they are beguiling wines.  Very charming.  Spicy and fresh like 2008s, but with riper tannins. Approachable like 2010s, but with a good deal more concentration.  A versatile vintage then – one for early enjoyment or for keeping.