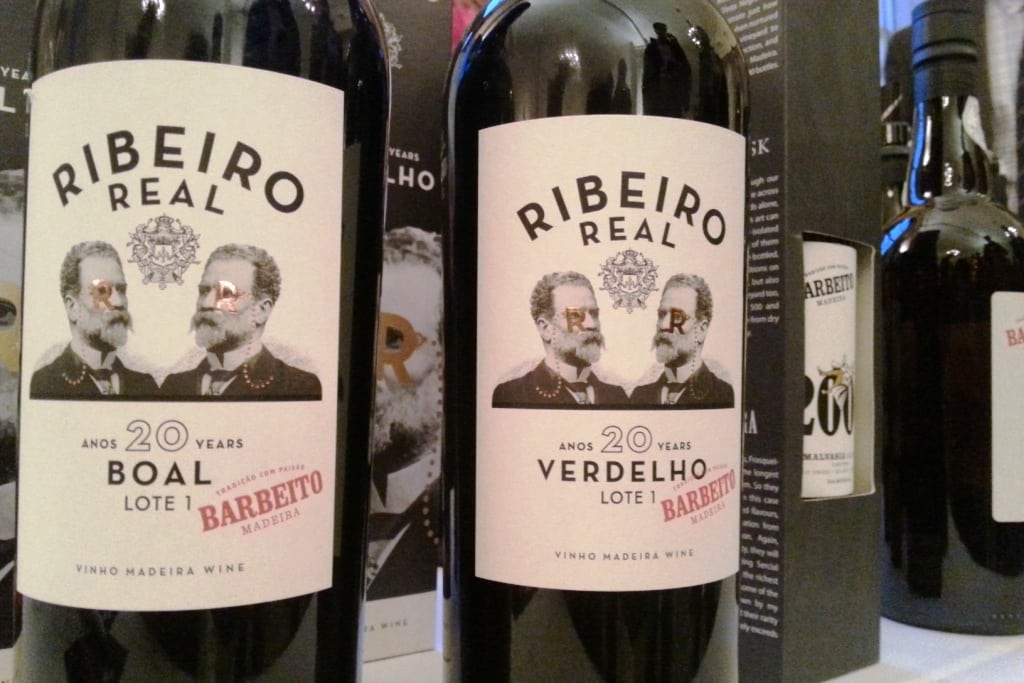 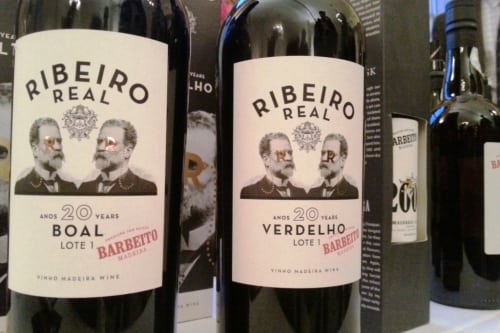 No I’m not talking about the canapes, delightful though they looked.  I head off to Madeira in little over a week to meet with all the island’s producers, including new kid on the block Madeira Vintners.  Yes, new.  Madeira.  And it was new releases from Henriques & Henriques, Barbeito and Blandy’s which caught my eye during my hour at the Madeira Wine Institute’s Annual Madeira Tasting in London.  Tantalising wines which excited me yet further about my upcoming visit.  Here are my notes; watch this space for more Madeira news!

The bottles look eye-catching and boy, so are the wines!  The secret? A good splash (15%) of 1950s Tinta Negra of course!?!?!  It came from the Favila Vieira family’s Ribeiro Real vineyards in Estreito de Câmara de Lobos.  The family’s 19th century Madeira pioneers appear on the labels.  Winemaker Ricardo Freitas tells me he wanted to show off the quality of these wines whilst, at the same time, thinking about the character of the named varieties – Verdelho and (the next wine) Boal.  It was a challenge, he admits.  I asked him if he had any qualms about blending away such fine examples of Tinta Negra.  Not at all, he said – “you have to be happy doing that.”   And when I taste the wines, especially the Boal, I can see why.  The more concentrated older wines introduce greater tension, pace and complexity – the patina of age which gives both 20 Year Olds a salt and pepper seasoning  – gravitas!  This is a tight, racy, very spicy Verdelho with the variety’s tangy chutneyed fruit out in force; terrific energy, length and finesse.  Wonderful.  The Tinta Negra component came from 1953, 1954 and 1955 barrels.

The Boal incorporates Tinta Negra from 1952, 1953 and 1954.  Freitas tells me that there was no way he could have blended the ’52 in the 20 Year Old Verdelho.  It was simply too concentrated and would have made it impossible for him to maintain the Verdelho’s youth  – that tangy chutneyed fruit.  And for me, the ’52 adds terrific woody resonance to this Boal – echoes of history which tickle the back palate most deliciously for an exceedingly long time.  True to his word, Freitas has maintained Boal’s varietal character.  It has a great concentration of singed, caramelised apple tatin fruit.  With marvellous integration of flavours and consummate balance, this is an outstanding, truly exciting Madeira.  Against stiff competition, my pick of the tasting.

A terrific example of Verdelho, exuberantly fruity with boundless energy – galloping acidity –  to its smoky guava fruit.  A very animated thread of spice runs right through it, bringing  great savoury tension, lift, line and length.  Love the race and pace.

Henriques & Henriques have recently started using whisky seasoned American barrels.  For its last six months in wood, this Madeira was transferred to 700l Speyside seasoned American barrels.  The vanillin is the give away. It lends a sweetness to nose and attack.  As for the finish, CEO Humberto Jardim is very pleased with its clean, “dry” cognac note.  It’s a rich, flavoursome but very well-focused Tinta Negra, nuttily persistent – great line and length.  As it says on the tin “Fine Rich!”  (Incidentally, I couldn’t resist tasting the Single Harvest 2001 Sercial again.  What a fabulous wine it is, on his occasion super-kelpy, with flashes of iodine).