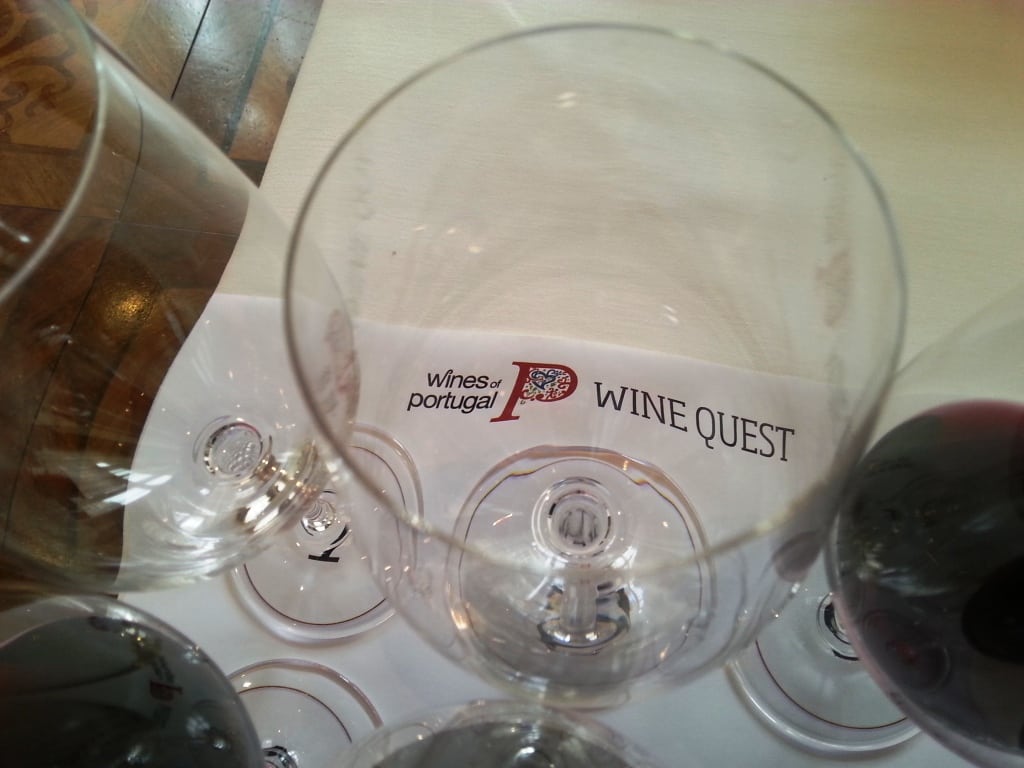 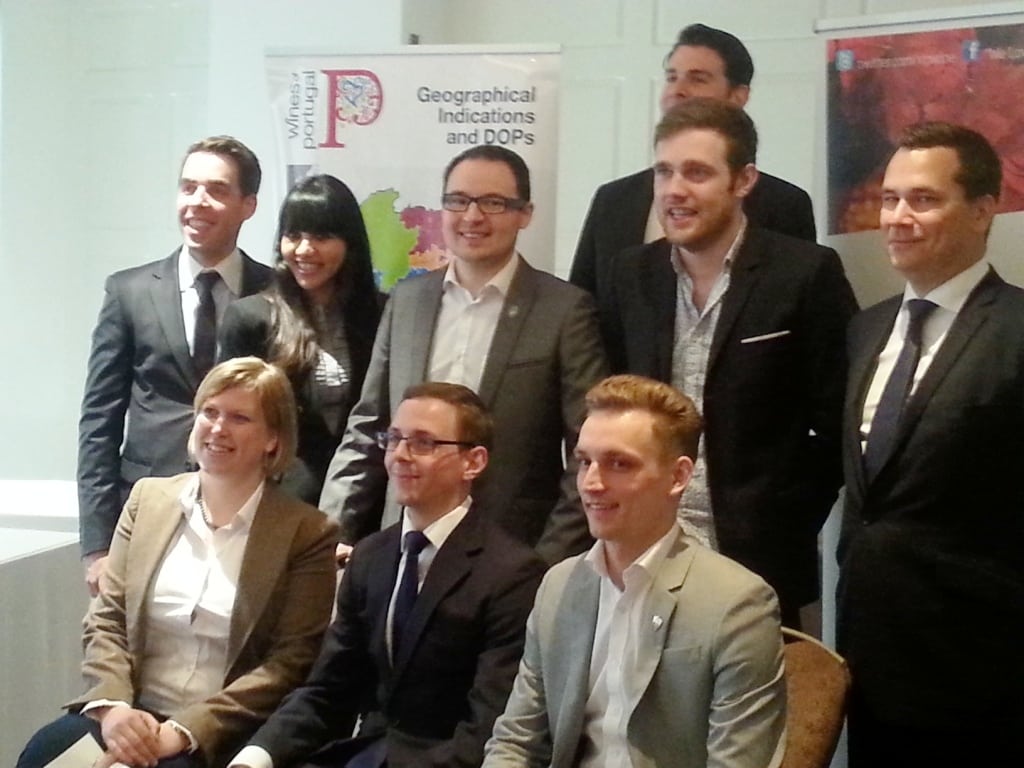 Assistant Head Sommelier at Alain Ducasse at the Dorchester Dorian Guillon battled it out with 10 other graduates of Wines of Portugal’s Wine Academy to win the Sommelier Wine Quest yesterday.  Guillon picked up a cheque for £3000, while runners up Piotr Pietras (Maze by Gordon Ramsey) & Orsi Szentkiralyi (former sommelier, now Tasting Manager at Wotwine) each received cheques for £1000. 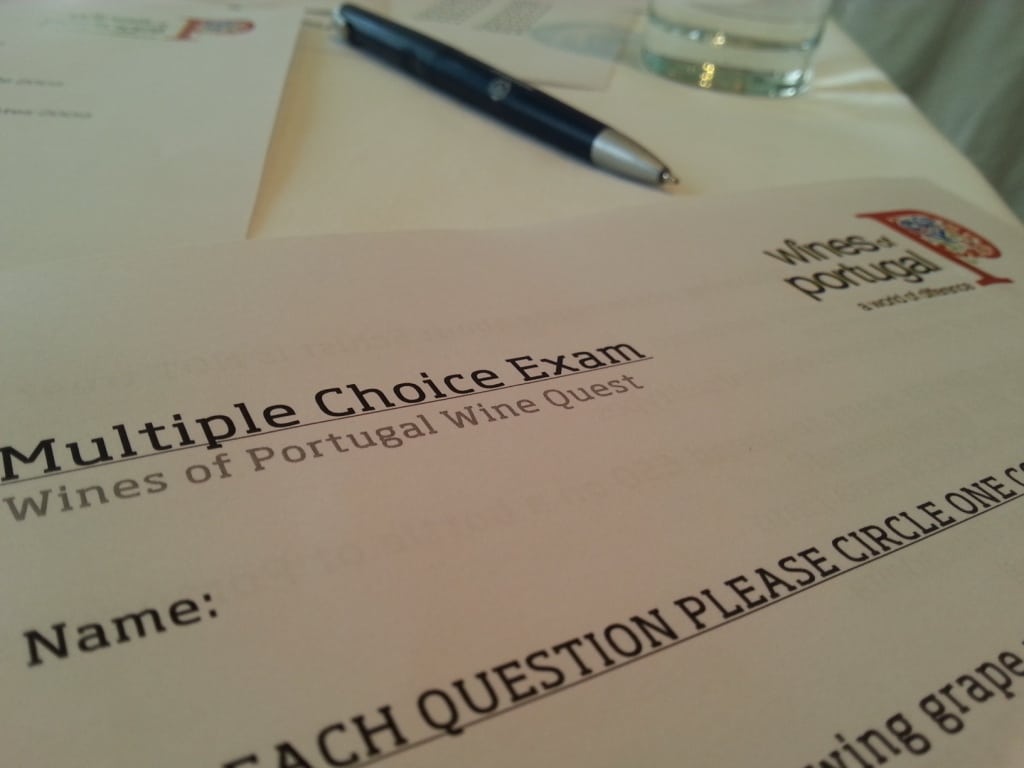 The quest kicked off in April with a study day presented by Portuguese experts Joao Pires Master Sommelier, Charles Metcalfe and me. 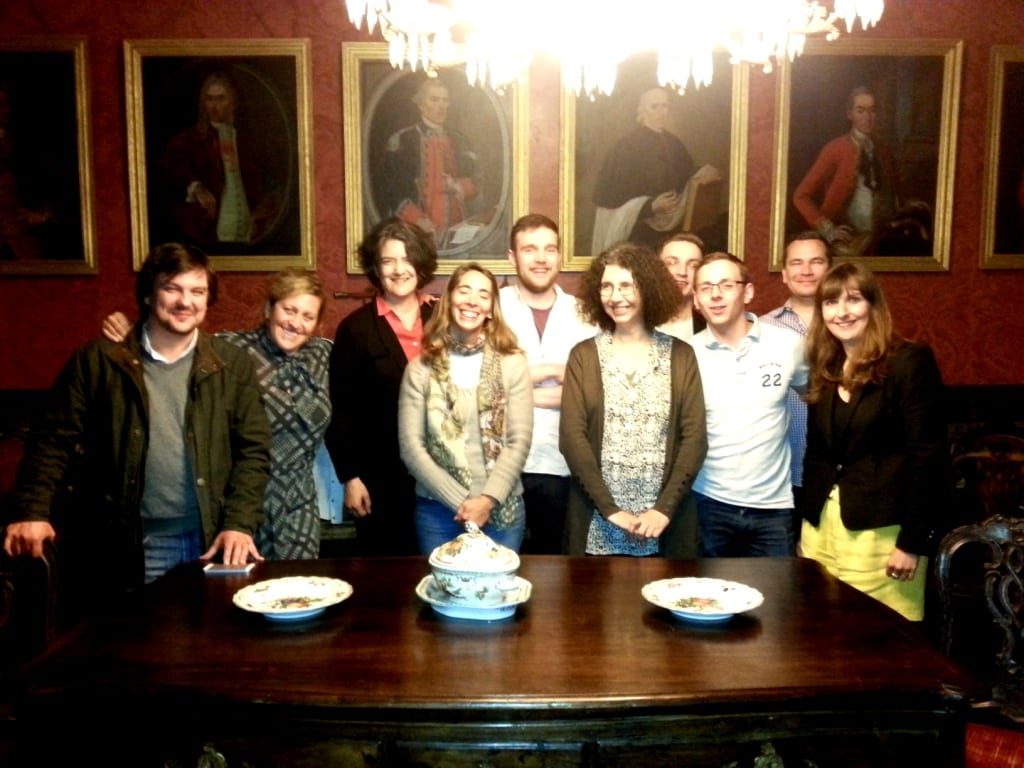 Me and my cohort of sommeliers pictured with Dao producers

We subsequently led four-day immersive trips to northern, central and southern Portugal which evidently fired up no little passion among the sommeliers.  Not just for the wine but for Portuguese wine and food. 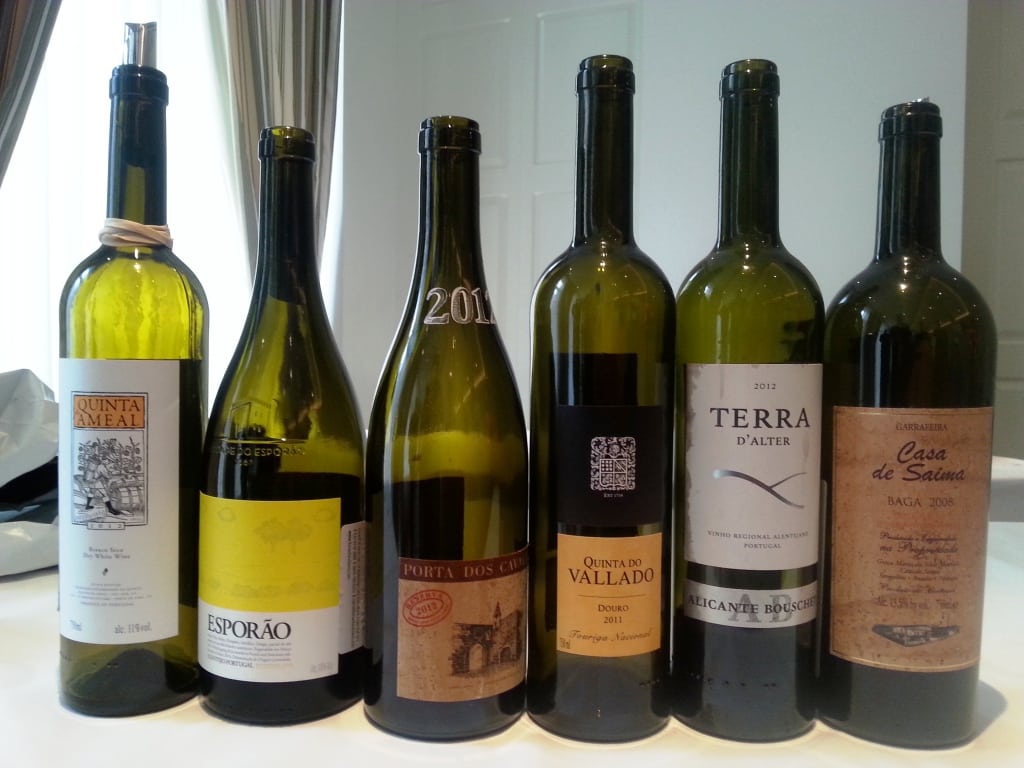 Just like me, my group fell for Dão’s Serra d’Estrela cheese – dreamily mentioned among the food matches yesterday during an intense day of skills and knowledge tests. 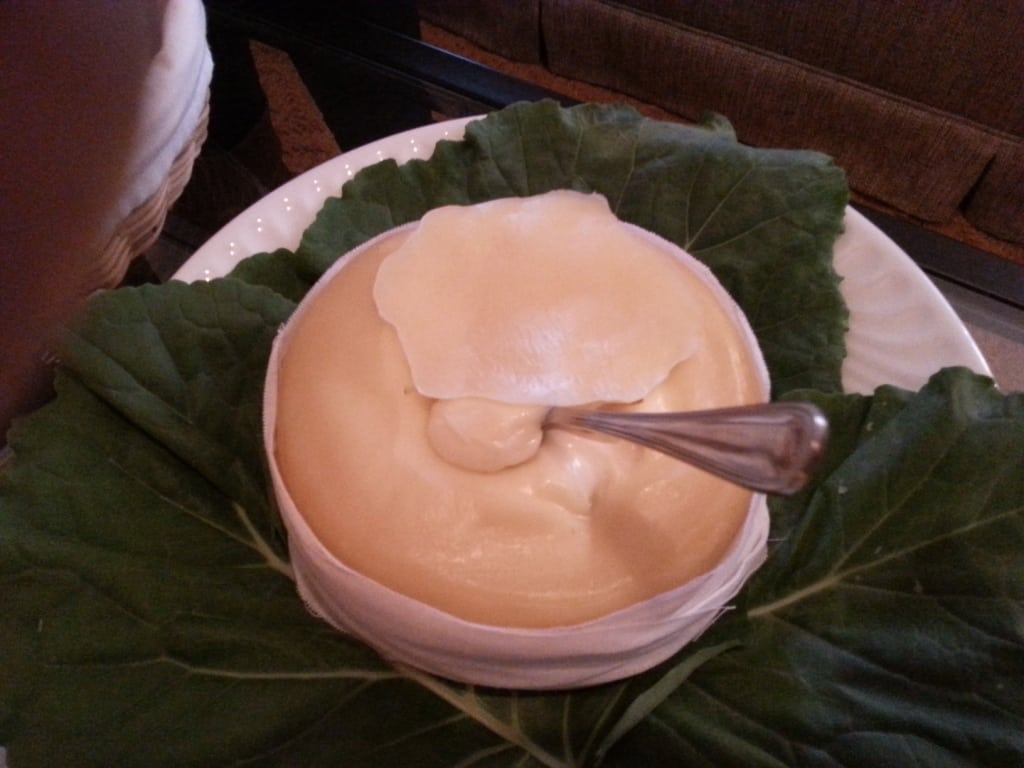 Sommelier Quest culminated in an afternoon of presentations.  Each sommelier had been invited to select and present two wines from their visit which particularly excited them.  (Cristiano van Zeller and his winemaker Joana Pinhão scored particularly well here – three sommeliers chose Quinta Vale D. Maria 2011!) 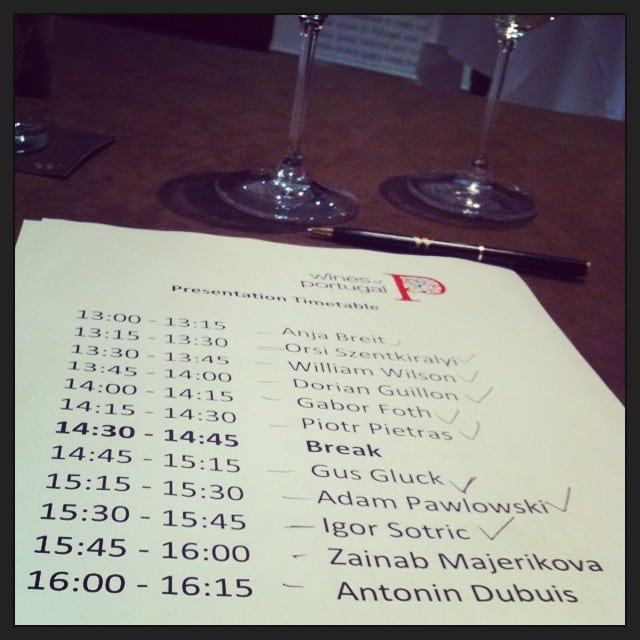 Let me tell you I felt very thirsty and hungry by the end of the day having tasted scintillating wines with equally scintillating food suggestions! 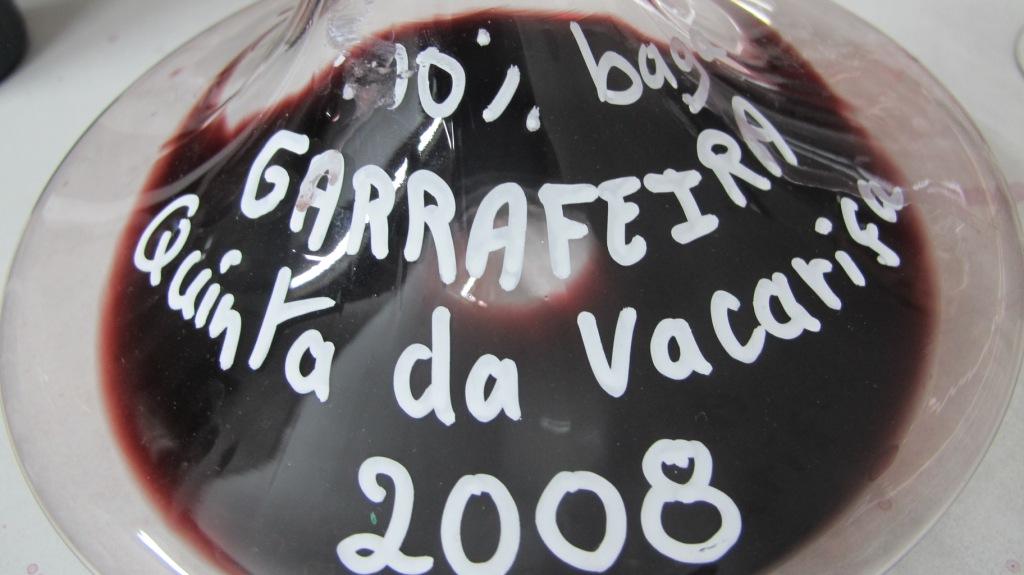 Moreover I am delighted to say that Baga Friends have swelled their ranks.  Guillon selected Quinta da Vacariça 2008, but no-one was more enthusiastic than Gus Gluck whom I hope persuades his bosses to list some top Baga drops at Vinoteca!

Though we did not assess the contestants’ wines (but rather their knowledge and skill presenting their choice) Guillon’s white, Caves São João Porta dos Cavaleiros White 1985, was inspired, as was his food match of smoked lobster which had the judges drooling. 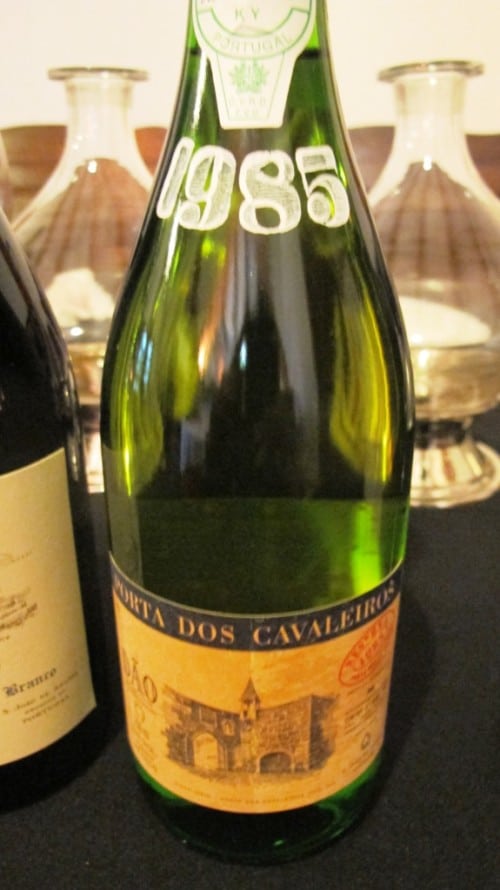 Other particularly memorable food matches included Terrenus white – a very mineral wine – with Cornish Turbot with green olives, chopped oysters and veloute of sake which I notice  just happens to be on Anja Breit’s menu at The Ledbury at the moment.  And Quinta do Ameal 2004 with monkfish medallions en papillotte with baby carrots, cumin, coriander, dried fruits and nuts and an orange sabayon with chorizo, served with saffron rice (suggested by Antonin Dubuis of the Savoy Grill).