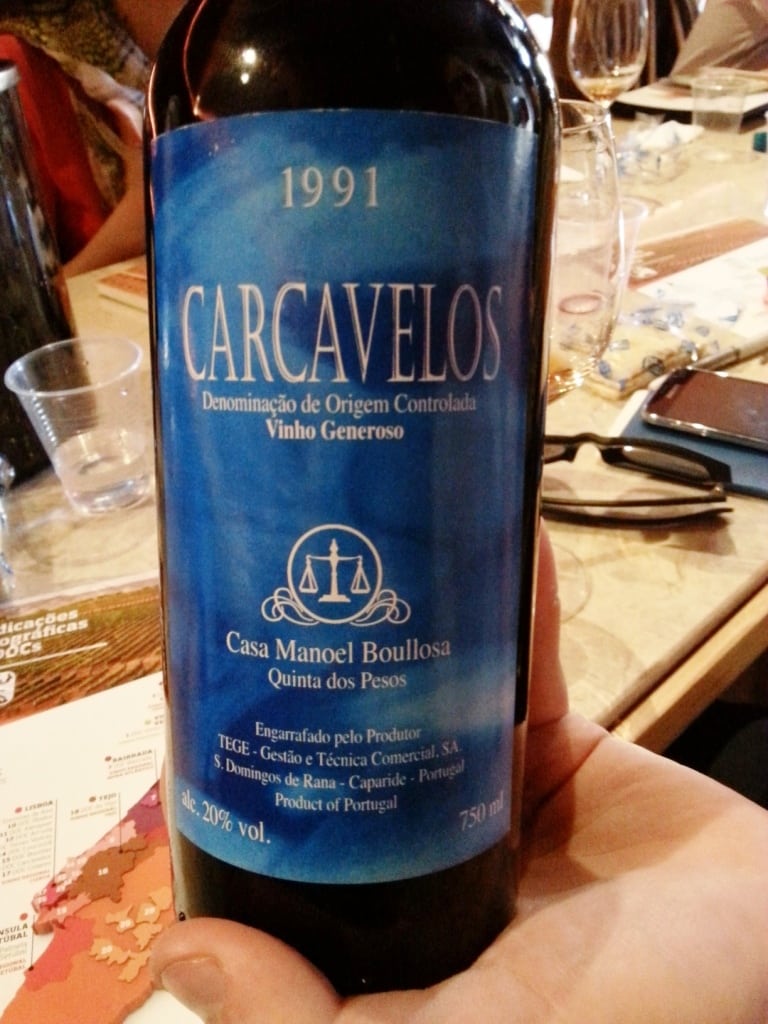 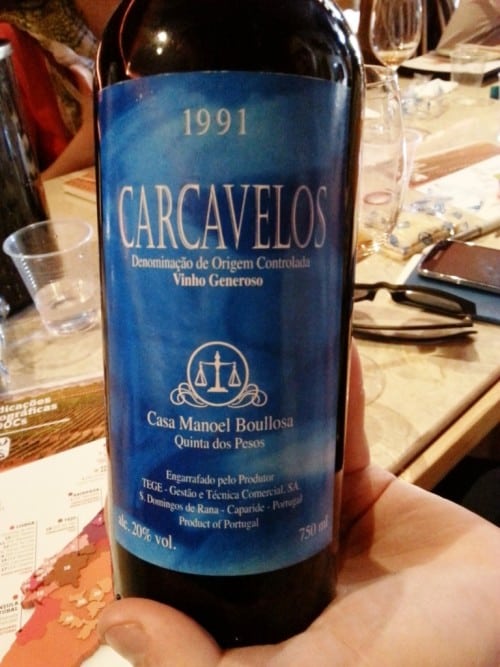 Toothsome but as rare as hen’s teeth, it’s an unexpected treat when you encounter Portugal’s Carcavelos fortifieds, especially when they are as delicious as Quinta dos Pesos Carcavelos 1991.  After all, there are now just a miniscule 25 hectares or so of vineyard in production.  Something of a come down for a region which enjoyed huge fame in the 17th & 18th centuries.

There and again, Carcavelos is a region which has been given the kiss of life. Last year’s picture post about the home of new Carcavelos brand Villa Oeiras* captured my visit to a project conceived in the early 1980s by the Portuguese Ministry of Agriculture and the Municipality of Oeiras to recover and protect the region’s winemaking heritage. ( *The brand was originally called Conde de Oeiras; you can find my review of the first release here).

It has seen the grounds of the Marquis of Pombal’s 18th century palace once more planted to vines using cuttings derived from Pombal’s original 19th century stock (5ha were planted in 1983, then 2.5ha in 2003 and another 7.5ha in 2007) .  These vineyards alone were responsible for doubling the size of the region.  When I met with Villa Oeiras’ winemaker Tiago Correia and project manager Alexandre Lisboa last year, they told me about plans to plant a further 8.5 hectares and showed me the estate’s new winery and just restored beautiful old barrel/tonies cellar (the latter open to the public). 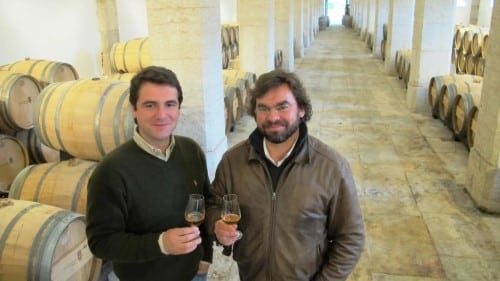 According to the pair, the project has stimulated renewed interest in Carcavelos as a result of which the region’s handful of other producers – small estates – have started selling wines again.  Not the  two estates which belong to the church – production is for internal consumption only!  Or Quinta da Bela Vista whose drier style of Carcavelos (c. 60g/l residual sugar and fortified with spirit not brandy) is listed by Hakkasan – the vineyard has gone and the last stock, bottled in 1991, was acquired by Sanguinhal.

But an elderly doctor who owns half a hectare produces around 300 bottles with, they said, good results.  As for Quinta dos Pesos, a larger outfit with 3.5ha , it had looked like it might cease trading following the death of the owner six years ago.  I am glad that his sons have evidently decided to make a go of it because this 1991 vintage enchanted me.  You’ll find my tasting note from this June below.  First a bit of background on the region and wines.

DOC Carcavelos is located in the municipalities of Cascais and Oeiras, right by the coast, just north of Lisbon.  You can see the Atlantic from Villa Oeiras’ vineyards.  Just 1.5km away, it is both a blessing and a curse.  A blessing because the Atlantic’s tempering influence (together with the limestone soils it left behind when it retreated) accounts for the high acidity which helps balance the residual sugar in Carcavelos wines.  The ocean-side location also imbues the wines with a distinct salty tang, which accentuates freshness and is another balancing factor.

The curse?  The area became a magnet for property developers.  Farms and vineyards were sold and the area rapidly transformed into little more than a suburb of Lisbon.  Even the Marquis de Pombal’s prestigious estate, host of Europe’s first viticultural conference, has been scythed down from 250ha at its peak to 130ha.  Fortunately, the Ministry of Agriculture halted this process when it acquired the estate in the 1950s.

As for the wines, the DOC extends only to fortifieds made both from either red or white grapes which must be aged for at least 2 years in wood (traditionally toneis) and 6 months in bottle.  Reds must be made from at least 75% Castelão and Preto Martinho.  Whites must be made from at least 75% Galego-Dourado, Ratinho and Arinto.  When I visited Villa Oeiras, Correia told me that the Arinto is most important of all because it is capable of attaining high sugars.  The other key grape is Galego-Dourado (apparently the only variety which was planted at Bela Vista) which, though vigorous with large berries, produces good acidity, saltiness and grassy, lemony flavours.

This golden blend of Arinto, Galego Dourado and Ratinho is wonderfully complex, with impressive tension.   Its gently caramelised citrus/barley sugar sweetness is very deftly balanced by racy, grapefruity acidity, a touch of volatile acidity too, which lends great pace and energy to its fine-boned palate.   Fruitier citrus peel/spicy chutney notes and more developed nutty, iodine notes give thrust and parry to a long finish with intriguing smoky guava notes which put me in mind of Madeira’s Verdelho. Lip-smackingly good; well worth seeking out.  20%