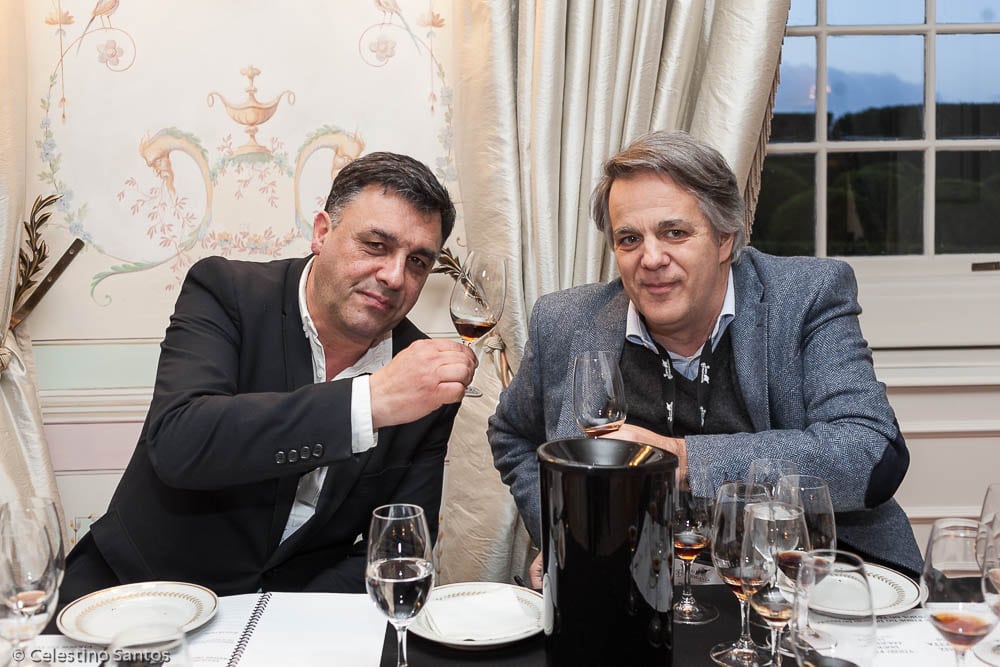 In Monday’s Wines of the Month post featuring Niepoort Garrafeira Port 1931, I mentioned Paulo ‘If you think you know Port think again!’ Cruz of Bar do Bino, in Sintra.  He is behind Porto Extravaganza which not only hosted the Niepoort Garrafeira Port tasting, but also flights of fine and rare Ports from the Symington family’s Port houses and 19th century Ports & Vinhos Finos do Douro.  Cruz very kindly gave me a sneak preview of five 19th century Ports.  You’ll find my notes on four of them below.

Coincidentally, the Sintra-born founder of Porto Extravaganza was born on Calçada do Rio do Porto (it means river of Port street).  Passionate about Port “since ever,” he certainly aims to keep the Port flowing. It has been a family tradition since 1927 when his great grandfather, Celestino Cruz, started selling Ports and Vinhos Finos from his shop in Colares.  Cruz joined his father in the business in 1991 and, in 1997, started Bar do Binho (soon to be re-named Bar do Binho Port Experience), which is located in front of The Palácio Nacional, Sintra.

Staking a claim to “one the best collection of Ports in the world,” Bar do Bino sells very old Ports (the oldest from 1815) and offers fine and rare Ports by the glass (1871, 1958, 1963). Education, education, education is at the heart of what Cruz does, so you will also find rather upmarket tasting flights (10 Years Old White, LBV unfiltered 2011, Single Harvest Tawny 2005 and 40 Year Old Tawny) as well as Port tastings with cheese and chocolate. 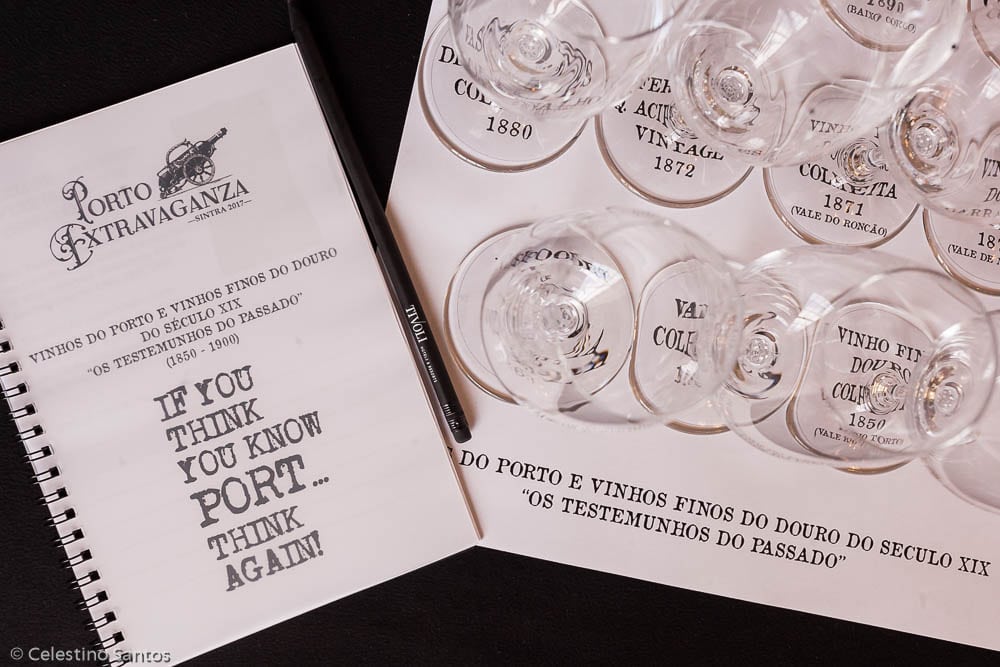 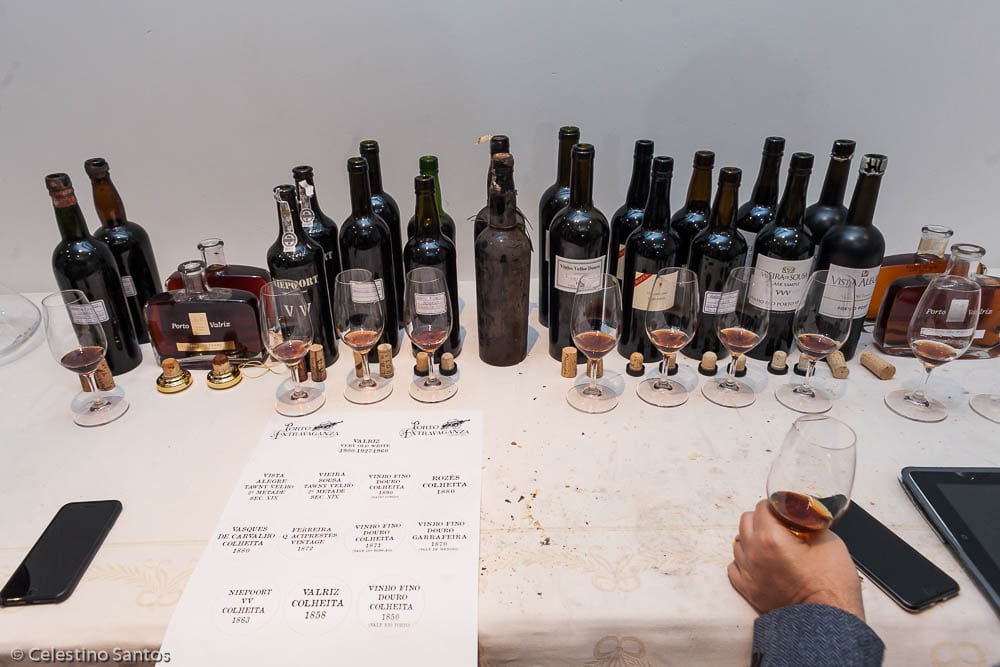 Returning to this year’s 19th century tasting, I learned that ‘Vinho Fino do Douro’ is the old name for those fine Ports which growers/Port makers kept for themselves (most of their output would have been sold to Port shippers). Such wines were passed down from generation to generation  – “usually,” Cruz explained, “for drinking at Christmas or birthdays.” For dowries too, I’ve been told.  They would not have been certified by IVDP but, following the financial crisis, he added “unfortunately, families have sold these amazing wines to the big Port companies to make blends from +40 years old.”  This phenomenon also accounts for recent growth of the Very Old Tawny Port category – for example, Taylor’s Scion and Quinta do Vallado Adelaide Tributa.

All five wines which I tasted were samples drawn from inter-generational barrels.  Cruz has many connections in the Douro and told me “I receive a lot of cask samples to taste; people want to know some real opinions about these treasures. Sometimes I find buyers.” But he estimates that about 80% of the families with these old treasures themselves make Port and use some of the Vinho Fino do Douro for Tawny 20, 30 Year Old Blends and old reserves.

I didn’t write up the fifth wine – Vasques de Carvalo Colheita de 1880 (Vale do Rodo, Régua) – because it had a pervasive smell of dank wood.  Cruz told me that Bento do Amaral (the IVDP’s chief taster, who co-presented the 19th century tasting) observed that this is quite typical of a very old barrel that has been in a Douro warehouse for a long time (in this case, tropical hardwood – mahogany).   The sample had only been bottled one week before the tasting and, by the time it took place (two days after my sneak preview) Cruz said the nose was clean and the wine tasted fabulous.  So even with these old timers, patience is still required!  Cruz reckons “these wines need to be open some days before the tasting.” 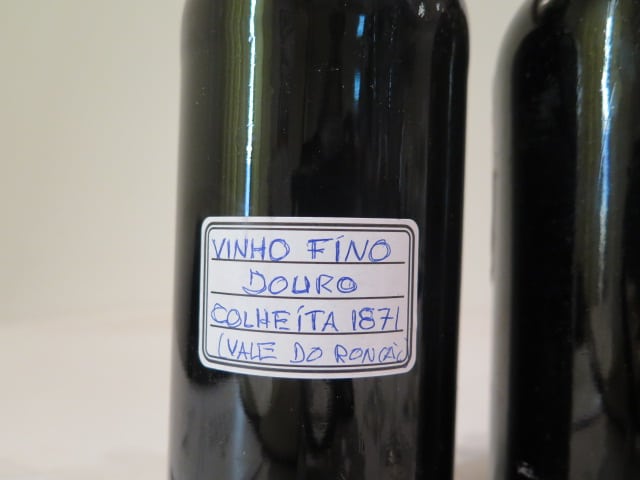 This wine – a cask sample – comes from the Roncão Valley in the Cima Corgo, which is famous for the excellence of its wines (Real Companhia Velha, Romaneira and Passadouro, for example, have vineyards there) – “a Port hot spot,” said Cruz.  It originates from two casks which, says Cruz, were “lost in time and handed down from generation to generation.” Today’s custodian of the two barrels is a very elderly lady from whom Cruz has bought 36 bottles exclusively for sale by the glass at €100 a pop.  This 1871 Colheita – for Cruz the star of his tasting – retains a deep, ruddy tawny hue, with macaroon (almond and coconut) and tobacco notes to the nose and palate, which has an even more pronounced almond (amaretto-like) character; smoky roast hazelnut too.  There’s still (dried fruit/chutney) flesh to the mid-palate – a spicy potency – though it tapers into the finish, which is drier and ‘lighter’ than you might have expected.  But there is a very attractive delicacy to this long, persistent Port thanks to a cut of acidity which enlivens and extends the palate.  This relic of time is very much alive. 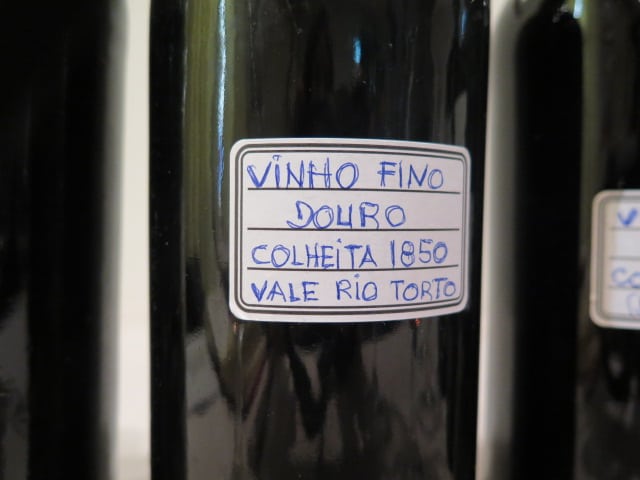 Another famous Cima Corgo valley (home to Ramos Pinto Quinta do Bom Retiro and Quinta do Vale Doña Maria, for example).  This bottled deep amber wine from abandoned 400l pipes has a marked olive green rim as befits its age.  Though initially sweeter on the attack than the Roncão Valley example, it becomes smokier, more vegetal and spicy, with tamarind, black cardamom and iodine, mineral undertones.  Dark, very concentrated and spicily pungent.  A thimbleful suffices. 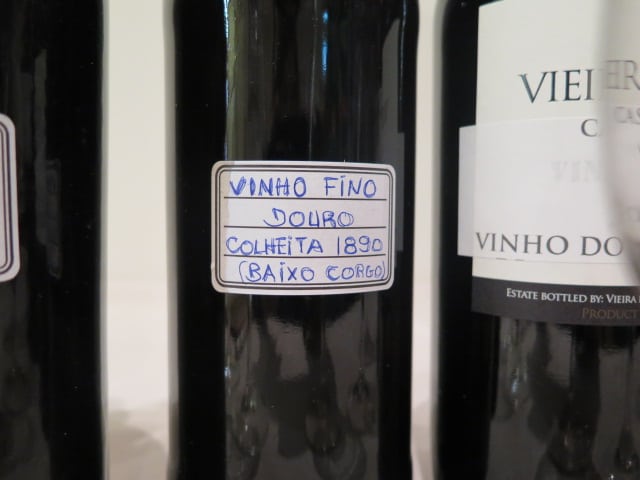 The Baixo Corgo is the cooler, wetter western-most sub-region of the Douro.  This wine comes from Manuel Pedro Martha & Irmãos’ warehouse in Galafura.  It was stored in a 7,800l chesnut cask until 1950, at which point it was divided. The family retained around 1650l in 2000l barrels.  It was topped up with wine from 1963 and in the 1980’s, was transferred to a stainless steel tank. Today there are about 50l left. With some volatility, it has a very lifted, perfumed nose of toasted coconut, amaretto and honey.  Notes which follow through on a mellifluous palate, which builds in intensity, becoming ‘darker’ and spicier with sour tamarind.  More syrupy/dried honey-like too. Powerful, very intense, with persistent acidity – a tow, pulling the line of flavour. 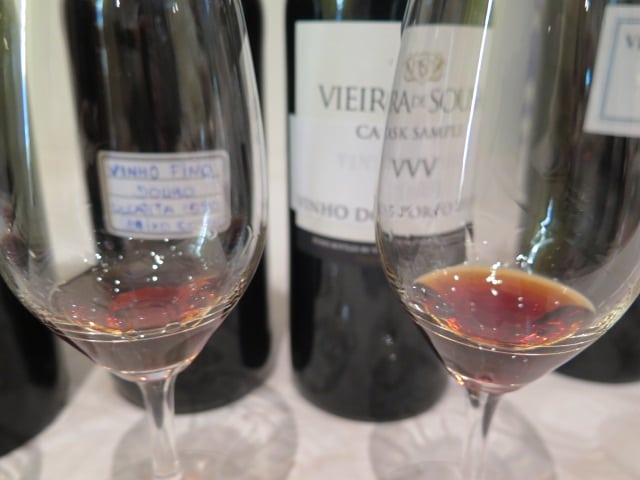 This wine comes from a single lot produced by the Vieira de Sousa family (who still make Port) from old vineyards in Celeiros in the Roncão valley, Cima Corgo.  It is one of a number of 19th century Ports which they still hold.  This VVV cask sample is a deep, bright amber hue with an incredible intensity of dried/chutneyed, sweet/sour apricot fruit, which enhances the balance –  depth and impetus – of this compelling wine.  The sweetness wins the day, making for a mellifluous, positively joyous palate which seems keen to please.  And how.  Terrific length and structure.  Wow!  It seemed like the youngestof those wines I tasted.