Going, going, gone, it has since been transferred into five bespoke Lalique 1.5 litre decanters, one of which just fetched over €100,000.  It was sold on third November at the Grand Hyatt, Hong Kong; Acker, Merrall & Condit presided over the auction.

Much as that price seems (is) crazy, this headline in last night’s The Evening Standard gave pause for thought – ‘[A] bottle of gin believed to be the most expensive in the world is going on sale at Harvey Nichols.’

According to the report, Morus LXIV gin costs £4,000 for a limited edition of 25 sets comprising a handmade porcelain 70cl jar and a 3cl one.  It goes on to explain that the Morus LXIV was distilled from the hand-harvested, individually dried leaves of a single “ancient” Mulberry tree and took the husband and wife team behind it two years to create.

That’s a blink of an eye for aged Tawnies like Niepoort 1863 Port.  Lalique did not even exist when the grapes for this work of five generations were (hand) harvested.  Ratcheting up the rarity factor, I’ll wager that the vines which produced Niepoort 1863 Port have long since ceased to exist.  The Douro was ravaged by phylloxera in the late 1860s – 1863 is regarded as the last great pre-phylloxera vintage.

Cellar records indicate that it was Niepoort’s founder (1842), Franciscus Marius Niepoort, who set aside wooden casks of the 1863 for ageing at Niepoort’s lodge in Vila Nova de Gaia.  These casks were then used for blending Niepoort’s tawnies.

I imagine that the 1863 Colheita which I enjoyed at a vertical tasting of Niepoort Colheita Tawny Ports in 2011 also originated from Eduardo’s nine garrafeiras.  Reviewing my post about this vertical, it appears to have had like concentration and power to the Niepoort 1863 Port, with no loss of energy, depth or line.

Incidentally, because the Niepoort 1863 Port was aged in demi-john, I had to remind myself why Niepoort 1863 is not labelled Niepoort Garrafeira. From time to time, Niepoort has released Ports aged in demi-johns under its idiosyncratic Garrafeira label.  However, prior to being transferred to demi-johns, Niepoort Garrafeira Ports are only aged in cask for five years or so.  Ageing them for longer than Vintage Port, but far shorter than top Colheitas/Tawny Ports results in a Port that, to my mind (especially when younger), tastes like a cross between a mature Vintage Port and a Colheita Tawny.  You’ll find my note on the glorious Niepoort Garrafeira Port 1931 here. The bottle ended up on my ‘pride of place’ mantelpiece because I was gifted the rather delicious ‘dregs’ of the sample bottle.  A lovely, unexpected gesture whilst out for a casual supper.  Talk about right time, right place!  The environment was informal.  I did not have a notebook, but gosh, in the midst of the chatter and bonhomie of a wine bar, the Niepoort 1868 Port’s intense, absorbing, genie-out-the-bottle aromatics commanded my attention.  Time stopped.  Almost no need to taste…Almost. In the mouth, it showed terrific concentration and complexity.  Seamless, very persistent, even flavours of dried fruit and nuts buoyed by integrated, fresh acidity  – phenomenal freshness – makes for an extremely complete, balanced Port.  Still building!  The benefits of glass, surely. 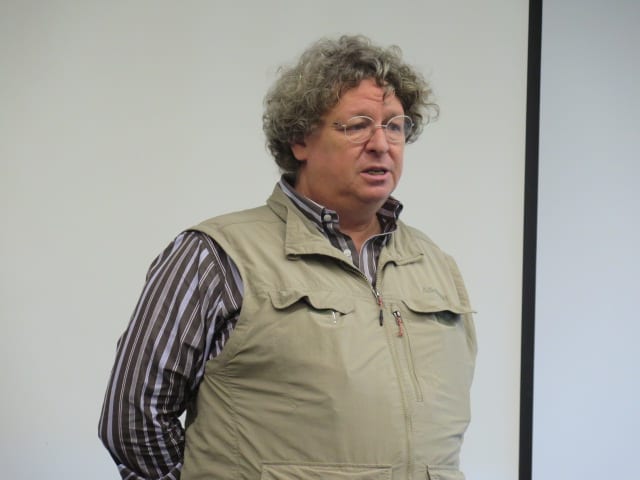 Dirk Niepoort – ‘I do not know of any other craft where a product is created over so many years and so many generations.’

Niepoort has four more Lalique decanters in stock, so start saving now!  Each of the decanters is dedicated to a particular generation:

‘Port is a very special liquid’, says Dirk Niepoort. ‘Five generations have collaborated on this wine and the sixth will still have a part of it. I do not know of any other craft where a product is created over so many years and so many generations.’