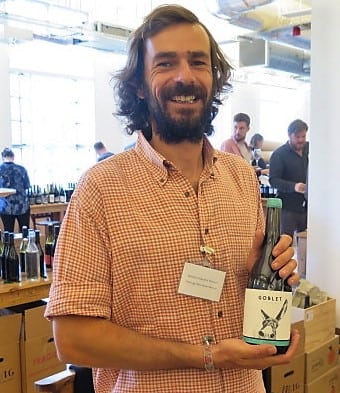 This last month has seen a deluge of Australian wines and winemakers in the UK, with plenty of thrills and spills.  I was really pleased to see that, not only have Portugal Boutique Winery’s wines been listed in the UK (by Swig – nice fit), but also António Olazabal Ferreira came over to show them.

We had only corresponded before, after I’d tasted a couple of wines at The Yeatman’s Christmas Fair with Olazabal Ferreira’s partner in wine, Nuno Aguiar de Morais Vaz.  Impressed by the wines, their exclusive focus on old vines/native grapes and eye-catching packaging,  I wrote about Portugal Boutique Winery’s first vintage of red (Boina 2015) and white (Guyot 2016) here.

Olazabal Ferreira showed the follow on 2016 vintage of Boina Red 2016 and introduced me to Boina White (2017) and a very quirky red, Goblet Clarete 2016.  Quirky for its backstory, sourcing and Portuguese oak trial. 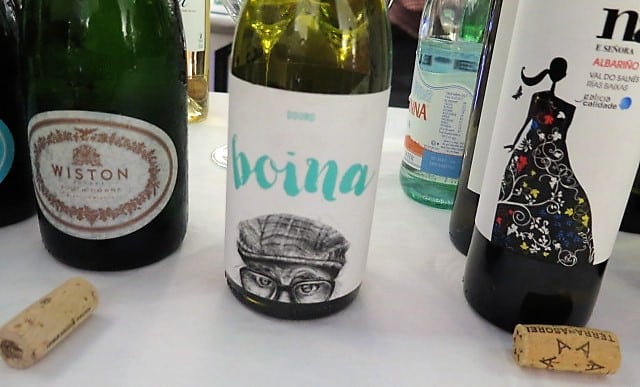 This is a really characterful, nutty white, a little wild, with a hint of fresh, grassy olive oil.  A steely core of grapefruit and mineral acidity lends clarity and focus.  A lovely, interesting white with a chalky texture.  It is sourced from different terroirs – mostly granitic, all above 550m.  This wine was partially fermented in used 225l & 500l Burgundy barrels and aged on lees with bâtonnage for several months. 13%  (Tasted at The Dirty Dozen tasting & Swig Portfolio tasting). £17.95 at Swig.

On its first showing, at the Out the Box tasting, I found it long – fresh and persistent – if a touch raw, with a red apple skin note.  The following week at the Swig Portfolio tasting, the fruit had really come up – bright plum, black cherry and berry – very juicy.  Nice detail, with its violet lift and dusty schist undertones.  Good. Like all Portugal Boutique Winery’s reds, it was fermented in lagares.  Whilst the first vintage of Boina was unoaked, this wine saw just 5% (two year old) French oak for 12 months. For Olazabal Ferreira, a little oak for complexity is a good thing and, going forward, the plan is to use a little more (10-20% in 2017).   Plus, he added, “people don’t understand wines only with stainless steel…a shame.”  13.5%  £17.95 at Swig. 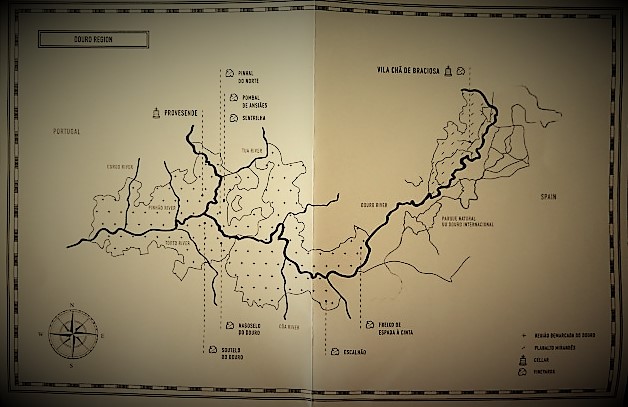 Rolling his eyes, Olazabal Ferreira told me this red wine had a tricky birth. Sourced from a centenarian field blend bush vineyard primarily planted to white grapes, the grower insisted that the grapes  (2 tonnes) were bought it one job lot.  With such a diverse spread of grapes, not everything was ripe at harvest and this wine has just 10.5% alcohol.  Hence the name Clarete, meaning wine with little colour or weight.  Since, said Olazabal Ferreira, most growers sell their grapes for Mateus Rosé, this is an advantage.  This wine was also used to trial new Portuguese oak barrels (in which it spent nine months).  Whilst, said Olazabal Ferreira, the Portuguese oak worked really well for their rosé, the tannins became greener, instead of mellowing, for this red.  “It was undrinkable for two years,” he said, recommending it with food.  Portugal Boutique Winery Goblet Clarete 2016 is lean, with fresh acidity and rather sinewy tannins.   It’s a shame about the oak (though I applaud experimentation) because otherwise, I suppose, this wine might be closer to Folias de Baco Uivo Renegado (a 50:50 red/white old field blend), of which I am fan.  So I am interested to see what Olazabal Ferreira and Aguiar de Morais Vaz do next with grapes from this area. Mirandes Plateau, as it is called, lies outside the Douro DOC region (see ‘dashed’ area top right on the map).  Located east of the Douro Superior, the harsh continental climate makes for exceptionally cold winters and even drier summers.  It’s very windy too, said Olazabal Ferreira.  Vine age, schist soils and elevation ( 500-550m) doubtless help retain freshness. I shall be keeping an eye on Goblet. 10.5%