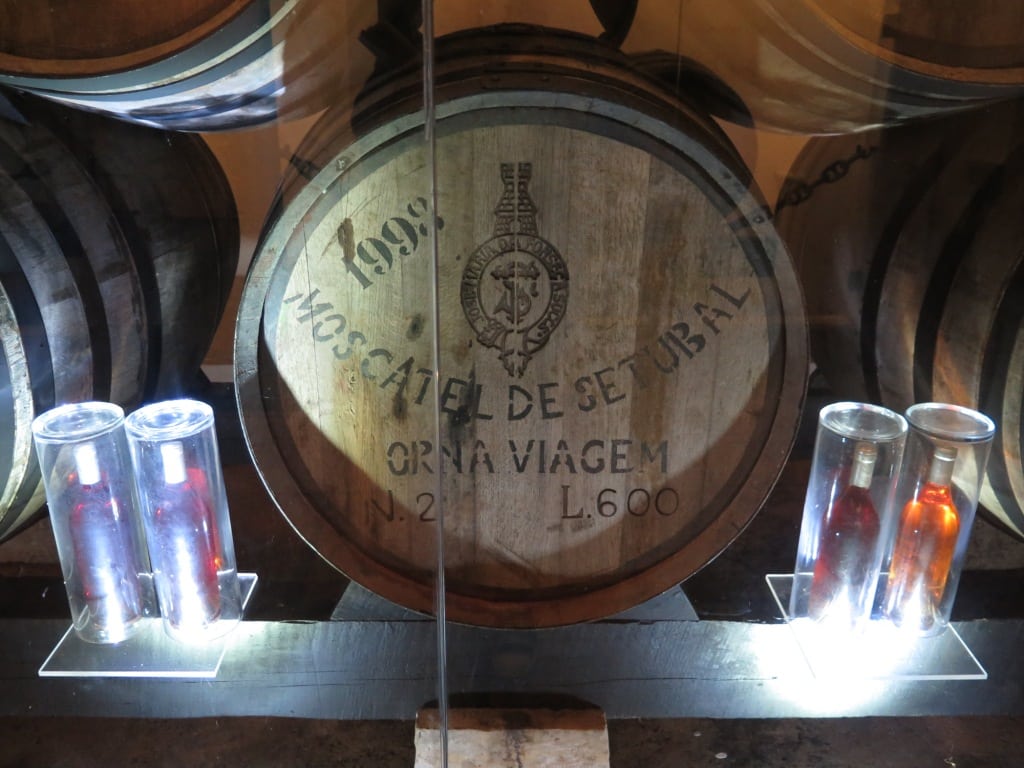 The gold at the end of the Tagus rainbow: Moscatel de Setúbal 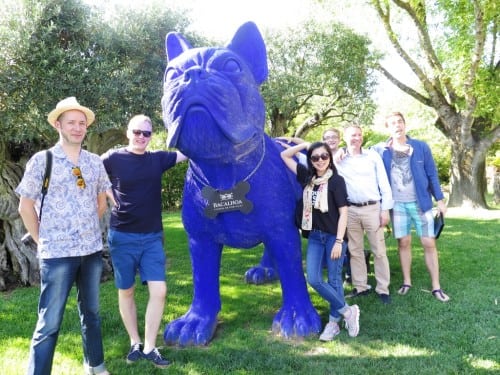 A dog’s life.  I don’t think so. I’m just back from scorching sunshine (37 degrees yesterday), leading a sommelier tour in Portugal’s south for Wines of Portugal’s Sommelier Quest competition. And the wine which the somms loaded up on at the airport?   Moscatel de Setúbal.  As Decanter readers will know, this moreish fortified sweetie is a favourite of my panel at Decanter World Wine Awards.  Once again, Bacalhôa bagged a Gold medal and Regional Trophy – this year for their Moscatel Roxo Superior Setúbal 2002 vintage, a heady but exquisitely balanced elixir of this rare mutation of Moscatel.

I reckon Lisbon’s bridges over the Tagus to the Setúbal Peninsula might just as well be called rainbows because they lead to this crock of liquid gold.  As you can see from my photos, both Bacalhôa Vinhos and the region’s oldest producer of Moscatel de Setúbal, José Maria da Fonseca, have excellent oeno-tourism projects. 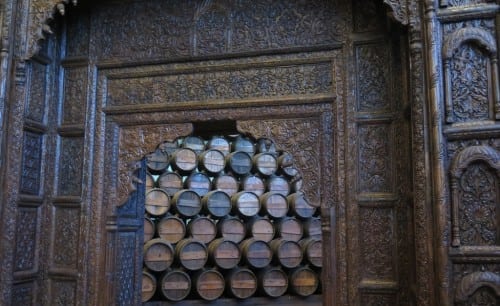 Great art frames the wine (barrels of Moscatel de Setubal) at Bacalhôa Vinhos.  Its museum houses examples of Portugal’s largest private collection of  Portuguese azulejos (glazed ceramic tiles), dating back to the 16th century.  More of which you will find in the Moorish influenced Palácio da Bacalhôa (owned by Bacalhôa Vinhos), whose beautiful gardens incorporate a walled vineyard famously planted to Cabernet Sauvignon in 1974.

A stone’s throw away is the original temple of Moscatel de Setubal – José Maria da Fonseca. 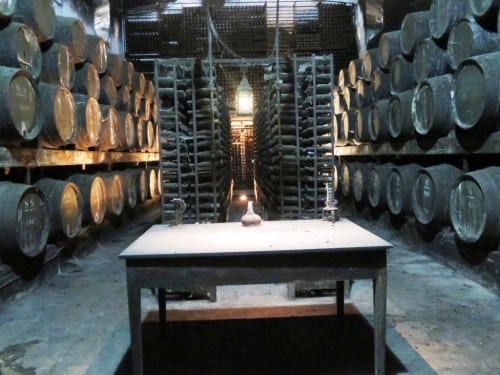 A wide range of their excellent Moscatel de Setubals are available to taste at the cellar door, including (yes you can teach an old dog new tricks) Moscatel Setúbal Armagnac 2004. 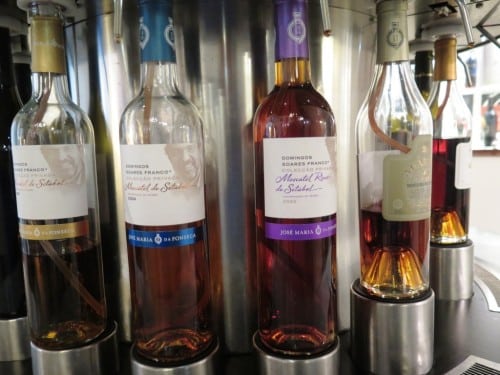 It’s the result of several trials over a five-year period with different brandies: one neutral, one that came from the Cognac region, one from the Armagnac region and a fourth that was 50% Cognac and 50% Armagnac. Chief winemaker Domingos Soares Franco decided that Armagnac was best and it’s interesting to taste it alongside their other Moscatels. 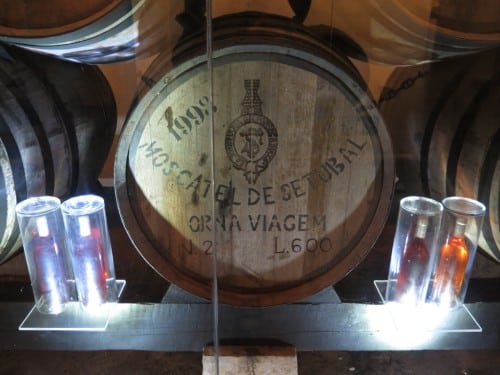 Not that tradition has been abandoned.  In fact,  José Maria da Fonseca has been re-creating the 19th century tradition of Moscatel de Setúbal Torna Viagem, which involves ageing barrels at sea.  Strapped to the deck, barrels undergo major changes in temperature, not to mention the roll of the ocean and more than a touch of sea spray.  Wines are said to be mellower (which I can confirm having been lucky enough to taste an aged, still very silky and balanced 19th century example) with a distinct salty note.