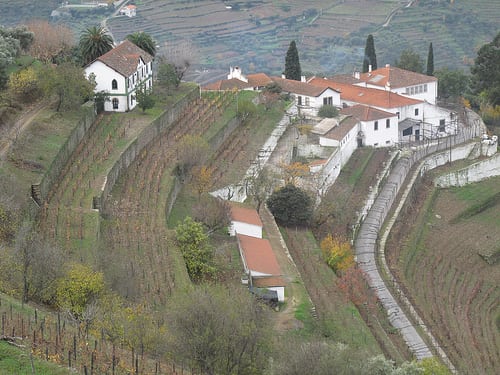 In my recent post about Quinta do Noval 2012 Vintage Port I did say that Quinta do Noval has an idiosyncratic approach to vintage declarations.  The 2012 release is not the only recent case (bottle actually!) in point I’ve had the pleasure to taste.  Port houses usually announce vintage Ports at the first opportunity (a couple of years after the vintage) however, Quinta do Noval only declared the existence of Quinta do Noval Nacional 2004 last year. It’s from their famed 2ha site of that name whose ungrafted vines were planted in 1925.  Below you’ll find my tasting note and details about the vintage.

At Noval bud burst occurred mid-March followed by a quick flowering in the end of May due to high temperatures and lack of preciptation.

The beginning of maturation occurred early July, still without any precipitation and with high temperatures.

The harvest took place on 20 September until 20 October in glorius sun, with the exception of two days of rain towards the end.  In general terms, the health conditions of the vintage were excellent which helped the essential sorting of the grapes.

Lovely minerality and freshness to the youtful nose.  Small currant and berry fruit, even cranberry, roll across the palate which has lifted gum cistus, rosemary and liquorice notes.  A fine, persistent thread of tannins – a net – weaves its way around the fruit supporting and extending it.  An elegant, persistent Port, youthful but broachable and with the balance and underpinning of tannin, acidity and fruit to spin that charm for a good long while yet.

For more reports about Quinta do Noval, click here.