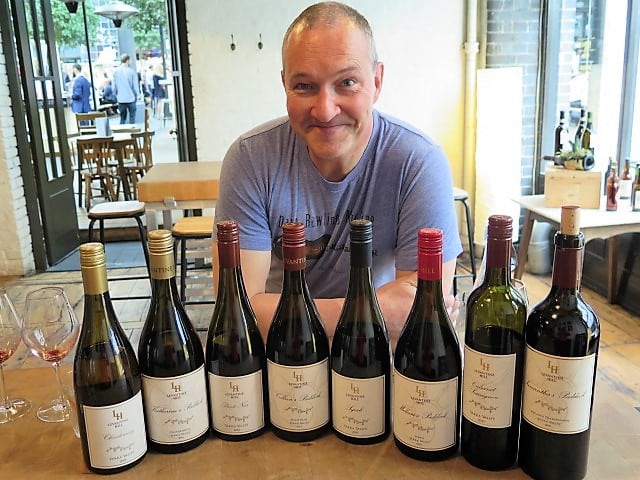 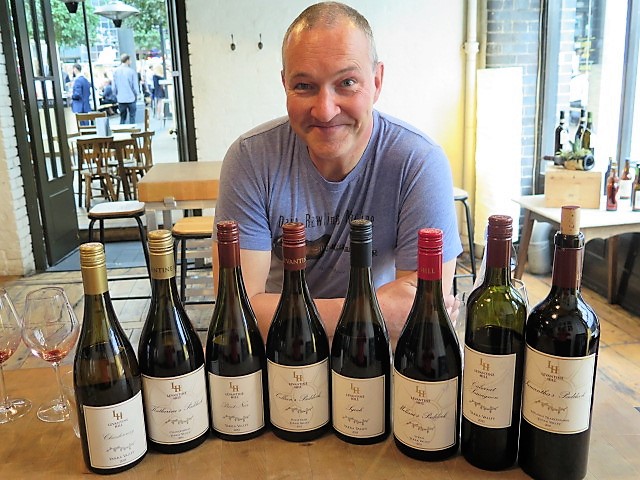 “Things need to change… and faster than we can adapt,” said Paul Bridgeman, winemaker at Levantine Hill Estate

Last month, I caught up with Paul Bridgeman of Levantine Hill Estate in the Yarra Valley.  His comments about the impact of climate change, “the extraordinary confusion in the plant world”  and future role of alternative grape varieties resonated strongly with current events.

Announcing further measures to help drought-stricken farmers, this week Australian PM Malcolm Turnbull’s described his country as “the land of droughts and flooding rains.”  As for Portugal, since returning from the Porto Climate Change Leadership Summit, the urgency of its mission has been emphatically reinforced by blistering temperatures and wildfires in Monchique, the Algarve.

Though the Yarra Valley’s early (19th century) settlers planted ‘Hermitage’ (Shiraz with Marsanne and Roussanne for whites) and Cabernet Sauvignon, in modern times the region’s varietal front runners have originated from Burgundy’s cooler climes.  As Bridgeman put it, “[I]f you take today’s market, you’d just go for Chardonnay and Pinot Noir every time…you can sell it from the Yarra standing on your ear.”

Things need to change… and faster than we can adapt

However, the long time Yarra Valley winemaker (ex-De Bortoli, Yarra Yering) believes “those days are numbered, especially for Pinot Noir.”   Arguing we should take heed of advanced growing cycles, such as deciduous trees flowering in autumn, Bridgeman asserted “things need to change… and faster than we can adapt.”  So what’s happening at Levantine Hill Estate?

Founded in 2009, the Coldstream property coined its reputation on Chardonnay, so more is being planted to meet demand (Chardonnay will replace cooler, east-facing Pinot Noir blocks by the river). However, Bridgeman told me, with climate change “so in your face”, he’d had to ask himself “[W]hat’s a good fit in 20-30 years?” For him, the answer lies with “the sun lovers – Mediterranean varieties, predominantly French, but also Portuguese.”  And it has to be said, he has a winning touch with Syrah – trophy-bagger Levantine Hill Estate Syrah 2015 is one of my August Wines of the Month.

Rattling off a list of varieties, which includes Grenache, Mataro, Grenache Blanc, Marsanne and Roussane, the winemaker joked, “keys to the lolly shop, I might have gone overboard.”   Additionally, plans are afoot to plant Touriga Nacional, Tinta Cão and Tinta Roriz, which varieties he worked with at Yarra Yering.

Climate change is not the only reason to replant in the Yarra.  The potential exposure to phylloxera partly explains why Levantine Hill Estate’s Maroondah Highway vineyard was reduced from 110 acres to just 45 acres.  The original plantings were on own roots, so “it made sense to get on the front foot,” said Bridgeman.  Other advantages of replanting which he cited include access to “much more exciting” planting material and the opportunity to dispense with hanging canes and close plant (keeping the same row width, but planting more vines per row).

With a good mindset, everyone is replanting in the Yarra

Levantine Hill Estate is not the only one spreading its varietal wings. “With a good mindset, everyone is replanting in the Yarra and lots have nailed their colours to the Cabernet mast,” reported Bridgeman. He has cast the Bordeaux net wider, planting new clones of Merlot (“one of the biggest surprises to me,” he admitted) and, for Levantine Hill’s dry white blend, Sauvignon Blanc and Semillon.  The latter, he says, “some of first Semillon that has gone into the Yarra for 30 years.”

This exploration of alternative varieties was in evidence during my February visit with Yarra Valley Wine Women.  Of course, Yeringberg and Yarra Yering have long worked with Rhône and Bordeaux varieties but, for example, acclaimed Chardonnay and Pinot Noir producer Tarrawarra Estate has progressively replaced Pinot Noir on K Blocks – a warmer, 2.9ha site, – with Merlot (2006), Nebbiolo (2011) and Barbera (2012).  Marsanne Roussanne Viognier has been produced since 2008.   Caroline Mooney makes Bird on a Wire Syrah, Nebbiolo and Marsanne.  At Helen & Joey Estate, Senior Winemaker Meg Brodtmann MW told me that the slope in front of the winery is too hot for Pinot Noir; alternative red varieties being explored include Cabernet Franc, Nebbiolo and Sangiovese.

You’ll find my tasting notes on eight Levantine Hill Estate releases here, on Decanter Premium (click on the wines for my scores and notes).

For further information about how climate change affects vines and wines and how producers might adapt to it,  I recommend reading this report – The Impact of Climate Change on Viticulture and Wine Quality, by Cornelis van Leeuwen a and Philippe Darriet