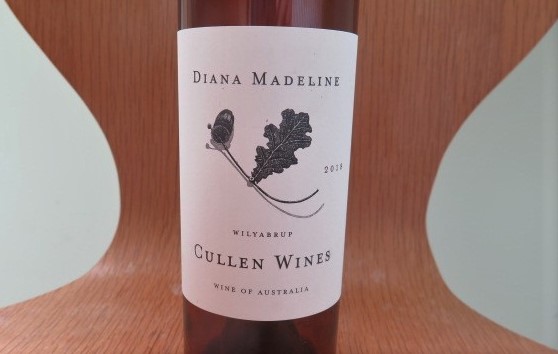 The bar has been relentlessly high this last couple of months in terms of Australian tasting samples.  Lucky me.  In April, I tasted the latest 2015 vintages of Henschke Hill of Grace & Mount Edelstone – mighty difficult acts to follow.  However, last month I sampled five 2018 single vineyard Barossa Shirazes from The Standish Wine Company’s 2018 and Cullen Diana Madeline, also from 2018.  It wasn’t so tricky after all to select my Wines of the Month.

Vanya Cullen, Chief Winemaker for 31 years, reckons 2018 may go down as one of the all-time great vintages and will age for up to 50 years.  I can see why.  Everything one admires about Cabernet Sauvignon shines brightly in this exceptionally refined new release, from the original 1971 plantings of 8 Houghton clones (certified biodynamic since 2004).  With terrific gravitas and grace, it is quite simply the finest release of Diana Madeline I’ve tasted at this stage.  So what is it about Margaret River in 2018?  Up almost 20% on the 15-year average, winter rains replenished soil moisture reserves.  In contrast to this year, flowering and fruit set were very healthy, thanks to a warm, dry spring.  Average temperatures in December and above average rainfall produced healthy canopies and, with below average temperatures in January and February, ripening was steady and even, with no heat or moisture stress.  Cullen regards it as an excellent vintage for concentration, balance and perfume.  I humbly concur!  Harvested between 12 March and 12 April, this blend of 79% Cabernet Sauvignon, 10% Merlot, 6% Cabernet Franc and 5% Malbec is effortlessly poised, with great intensity, definition and freshness to its classic blackcurrant and mulberry fruit, inter-laced with signature notes of perfumed tobacco, dried roses and bitter chocolate.  Delicate cedar (oak) spice and currant leaf (fruit, Cabernet Franc?) spice complement the subtle but resonanting, back-of-the-throat tobacco aromatics.  Graphite tannins – distinctly ‘H,’ not ‘B’ in pencil-speak – bring great definition, line and length. Wonderful sense of place, with not a hair out of place.  Outstanding.  For the first time, partly fermented in amphorae (like Vanya Cabernet Sauvignon), Diana Madeline 2018 was aged for 15 months in French oak barriques, 50% new.  13%  RRP £88.99 Imported by Liberty Wines.

One of five single vineyard Barossa Shirazes produced by Dan Standish in 2018 this, the sole Eden Valley example, comes from Hutton Vale Farm, owned by the Angas family – original owners/planters of Mount Edelstone vineyard, of Henschke fame.  Hutton Vale Farm’s old block, at just under 400m, was planted in 1962 with cuttings from Mount Edelstone.  I chose it on its own merits, but also having so recently written up Henschke Mount Edelstone 2015 (reviewed here).  Sign-posting its origins with floral peony lift and a medium-bodied frame, it has a lovely saturation of juicy blackberry and bramble fruit, with smoky espresso undertones, which steal across the palate, expanding like ink on blotting paper.  Opening up, dried mint, peppertree and lavender herbal hints unfurl, with strawberry and black pepper. Powdery tannins going through lend fluidity though, firming up, it finishes on a spicy, sinewy note.  This, together with its intensity and length, suggests Lamella 2018 is a fine each way bet.  Though highly broachable now (but do decant), it will reward cellaring and keep for a good decade or two – until 2050+, reckons importer Stuart McCloskey! 14.9%   £74.50 at The Vinorium.