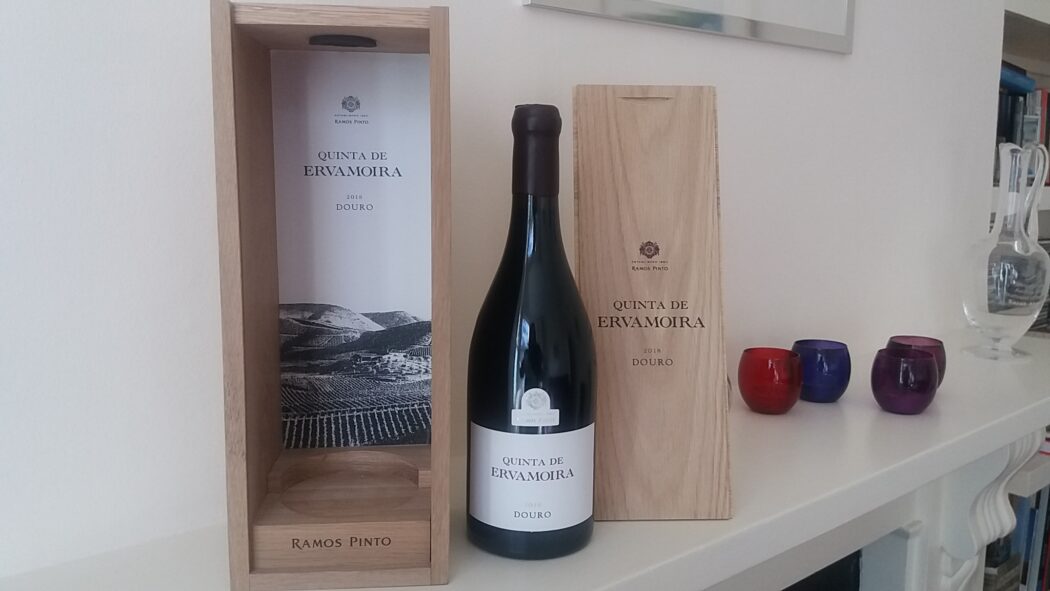 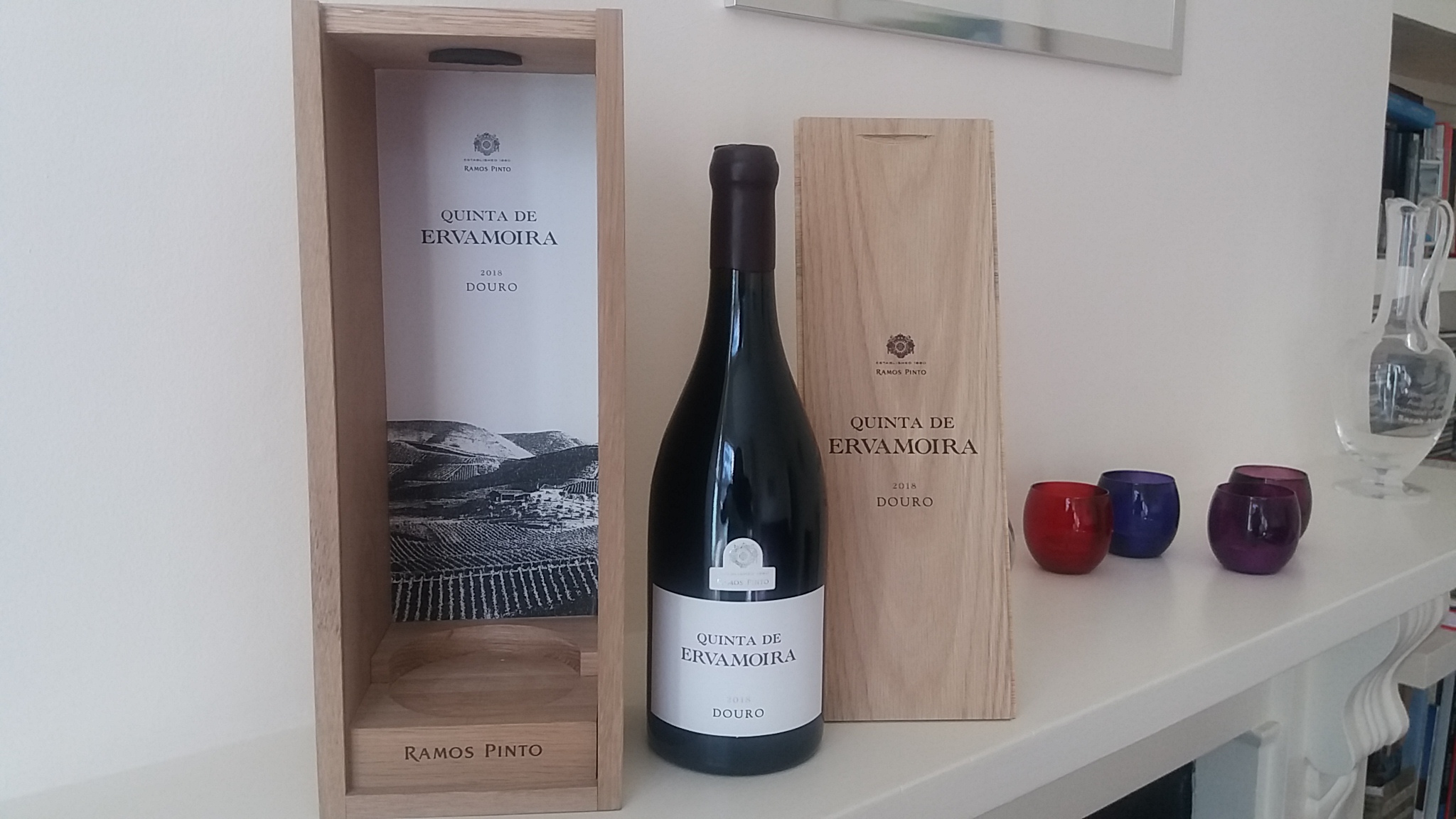 Taylor’s 1896 Single Harvest Tawny Port – the ‘stuff’ of perfect scores – would be an obvious choice for my Wines of the Month but, with a price tag of £3,950 and only 1,700 bottles available, even I think that may be a bit rich for the blood! I have given it a post all to itself here.

You’ll be pleased to know that, although my July Wines of the Month are also made in tiny amounts, they are somewhat more affordable and – declaration – one has snuck its way into the next quarter’s Bar Douro Wine Club mixed case of six, curated by me. 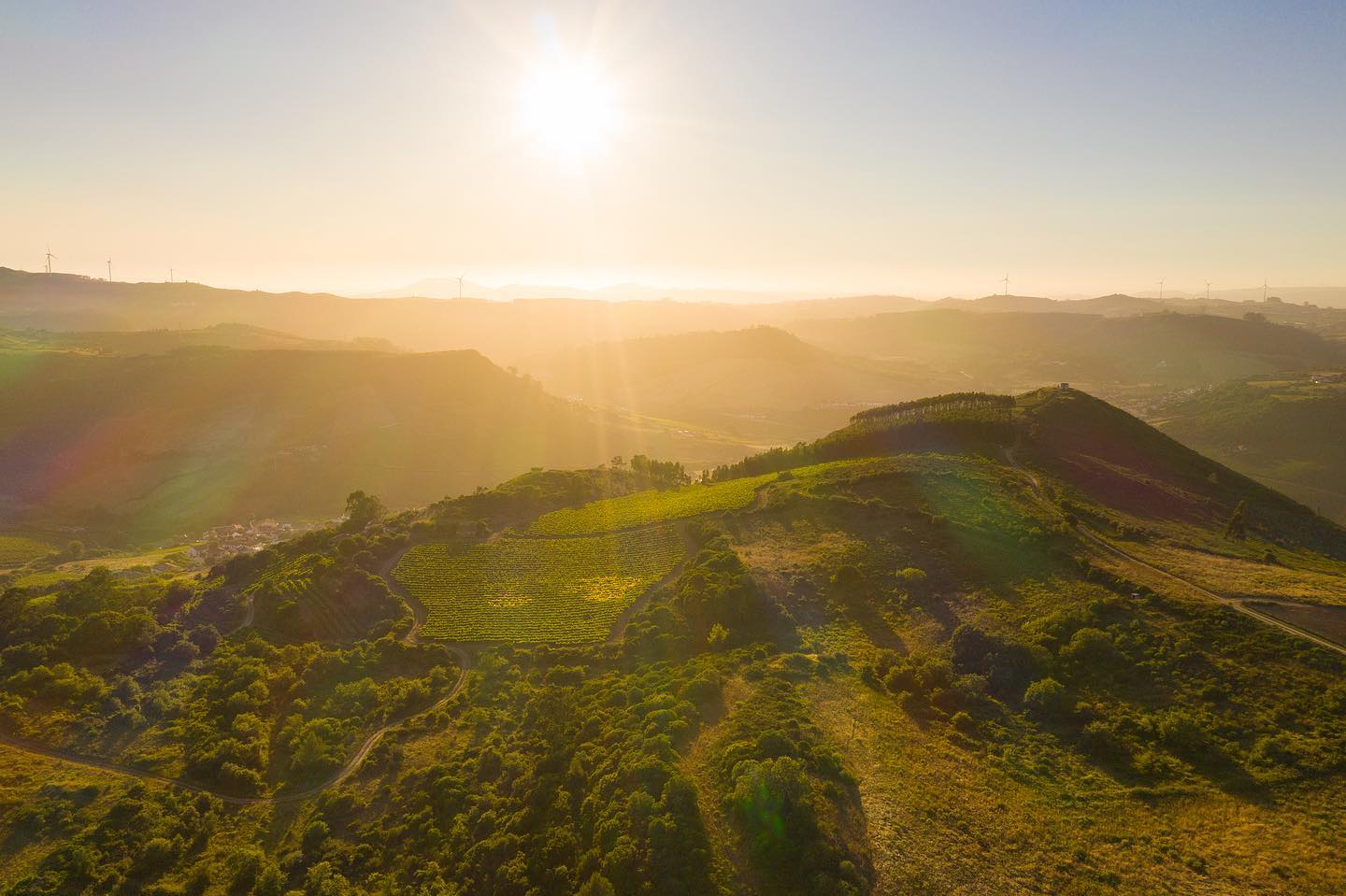 When I visited Lisboa in 2019,  two of the region’s most exciting producers – Pedro Marques (Vale da Capucha) and Marta Soares (Casal Figueira) – were excited about the future of Tinta Miúda (a.k.a. Spain’s Graciano) in Lisboa.  I can see why.  Intensely perfumed, yet earthy and dry, Monte Bluna’s expressive red puts me mind of Pineau d’Aunis from the Loire.

A wine lovers’ lighter vin de soif style, it has uncommon intensity and lovely freshness and piquancy, with lifted pimento, fresh grated horse radish, white pepper and inky floral notes to its vivid wild cherry, blueberry and earthy beetroot palate.   It is the first vintage to be released from Monte Bluna’s carefully sourced cuttings of Tinta Miúda (Portuguese genotype).  Also called Tinta do Padre António, it is thought that the variety was introduced to Arruda dos Vinhos by a priest called António.  Planted in 2017, Monte Bluna’s vines are located at a very windy spot at 350m above sea level on limestone/clay.  What a debut (as is their refined, markedly fresh Tinta Roriz)!

Winemaker Nuno Martins da Silva explained that his aim is to evoke the “nervous acidity and limestone minerality” of the site, also the region’s old school low extraction, low alcohol wines.  Made without additions, the handpicked grapes were fermented in stainless steel and aged in a very old French oak cask for 8 months.  Just 1,077 bottles were made.  11.5%  Imported by Bar Douro, it will feature in the next Bar Douro Wine Club quarterly mixed case of six.  Curated by me, the wine box will be released in August and is priced at £120 inc delivery for members – full details of membership and benefits here. 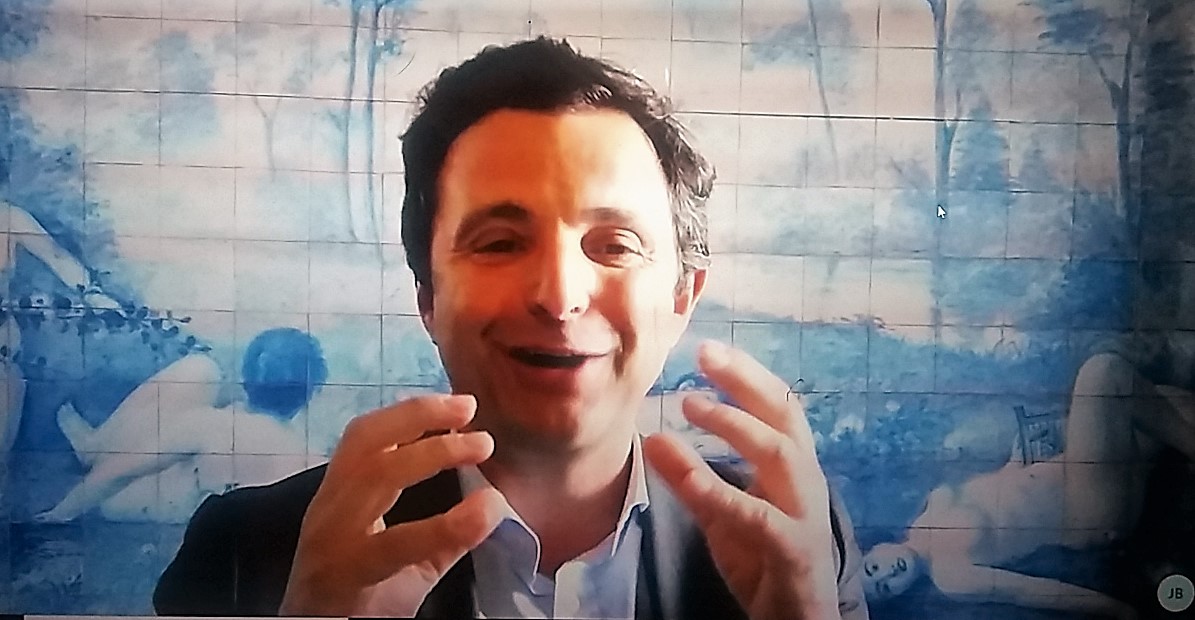 Following six years of trials, CEO Jorge Rosas told me that this immensely sophisticated new flagship red reflects a desire “to give continuity to my father’s dream of finding the perfect site.”   So it marks a departure from Ramos Pinto’s Duas Quintas Douro range, based on grapes sourced from two quintas (Ervamoira and the more elevated Bon Ares).  Rosas’ father José António Ramos Pinto Rosas (then Chairman of Ramos Pinto) was searching for a new property in 1974 when he discovered Ervamoira.  The virgin land in the Douro Superior was to become the Côa Valley’s first vineyard and, for many decades, its only vineyard.  Conceived as a pioneering ‘new model vineyard,’ the sizeable quinta (223ha, of which 178ha are now under vine) was also the first Douro vineyard to be vertically planted (100%).  During the 1970s and 1980s, it was at the forefront of block planting and research about the so-called ‘top cinco’ varieties – Touriga Nacional, Touriga Franca, Tinta Roriz, Tinta Cão and Tinta Barroca.

Varietal trials and the exploration of new winemaking and grape growing techniques have continued over the years.  Sourced from best parcels within individual blocks, Ramos Pinto Ervamoira 2018 represents a new vision, said Rosas – “a closer ‘zoom’ to show wines from specific places…in future, single parcels or blocks.”   This new cuvee will only be made when the vintage permits;  Ramos Pinto’s Douro winemaker João Luís Baptista expects sourcing to vary depending on the year.  In 2018, many small plots contributed, including a south-west-facing parcel averaging 220m elevation (“I feel some fresh sensation of orange flower and sensations of mintiness, even though it is warmer than others,” said Baptista).  Another very steep parcel is north-east-facing at between 160m-220m; a Touriga Nacional parcel is north-west-facing at 160m.   The winemaker captured the essence of the 2018 vintage describing the maturation as “lovely, but with two unusual qualities – the wines were analytically fresher in 2018 [than 2017] but, because the end of maturation was quite warm and it was much cooler over the beginning of the cycle, we have a sweet sensation… a sucrosity and freshness…elegance and balance.”  I am a fan of 2018, I must say.

The resulting blend of 86% Touriga Nacional and 14% Touriga Franca is a deep opaque hue, with heady notes of sweet, ripe fruit, toast and hints of orange peel.  In the mouth, it has a distinct orange peel accent to the sweet, crushed raspberry, mulberry and blackberry fruit, with incipient tapenade, a delicate note of mint, classy, toasty oak and fine-grained ripe but present, impeccably tailored tannins.  When I spotted the alcohol, I was concerned about the balance but, with striking freshness, the delivery is poised – very even.  Quietly confident, lithe and sensual, it is never heavy, with lovely mouthfeel, perfume and lift throughout, making for an approachable wine. Highly accomplished, it will age for another decade, maybe two.  The grapes were very gently foot trodden in traditional granite lagares. The wine aged in wood for 18 months: 1/3 in small oak vats, 1/3 in new barrels and 1/3 in one-year old barrels. After bottling, it aged for a further year in bottle at Ramos Pinto Lodge. 4,375 bottles were made.  15.5%   RRP £85; it is imported into the UK by Maisons Marques et Domaines