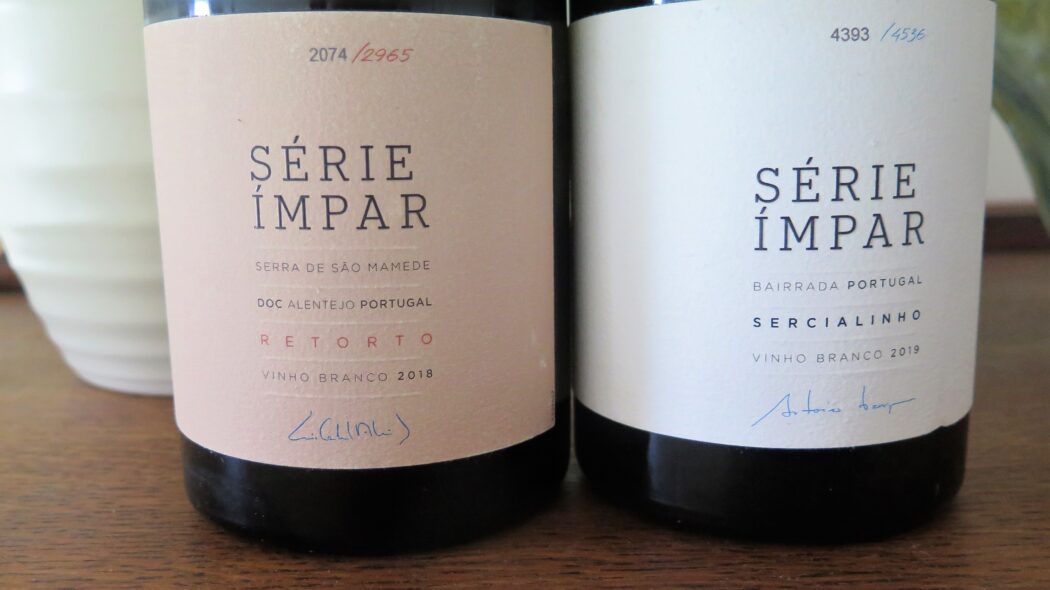 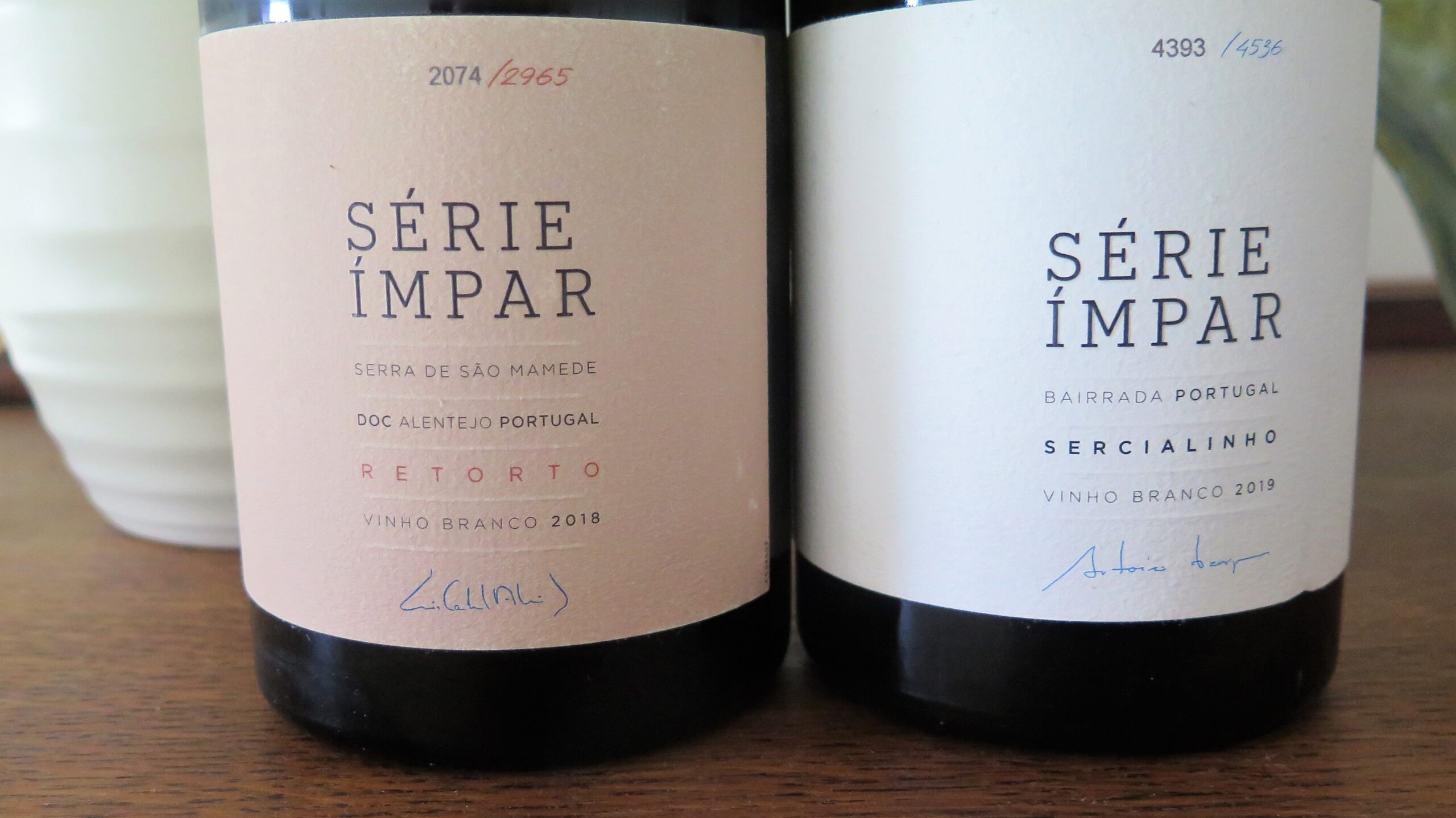 Série Ímpar translates as odd series.  Odd in the sense of individual or unusual.  It’s not unusual for an artisanal producer to make only a few thousand bottles.  All credit to Sogrape, Portugal’s biggest wine producer, for its limited edition winemaker-led out-of-the-box label.

Highly individual and powerfully structured, yet with incisive acidity and relatively low alcohol, the latest Série Ímpar releases from Bairrada and Portalegre impressed.  A little bird told me Sogrape are dabbling in Colares, so watch this space….

Luís Pato has pioneered this variety, which is only found in Bairrada.  And only then in tiny amounts (Luís has just planted more and, last year released an excellent new top tier cuvee called Quinta do Ribeirinho Sercialinho Bairrada DOC 2020).   This wine, first made in 2018, hails from Quinta de Pedralvites, which is located just 25 kilometres from the Atlantic coast.  Owned by Sogrape, the estate has 2.5 hectare plot of Sercialinho on clay and limestone soils; the late-ripening grape’s acidity impressed António Braga, who made both vintages (he has since moved on).  The grapes were hand harvested into small 20 kilogram boxes, gently pressed and fermented in one 1,000 litre new French oak barrel and three used 500l French oak barrels, where it aged for 12 months following a short period of post-fermentation bâtonnage.  To preserving this wine’s fresh acidity (7g/l Total Acidity), it did not undergo malolactic fermentation.  Only 4,523 bottles produced.

This vintage follows on from the very first Série Ímpar release, although I’m told there is no guarantee it will be made every year.  Those wines that make the cut for the label must get the nod from the winemaking team, each of whom work in a different region.  Yellow gold, initially with a touch of petroleum to the nose, this Sercialinho hit reverse gear as it opened up over three days, becoming purer and purer, tauter and tauter.   Positively mineral and pellucid. A terrific, firm backbone of limey acidity drives the palate, which has an edge of tart nectarine skin and textures of peach fuzz.   This wine’s stony minerality and intriguing iodine tang became more pronounced and distinctive.  The whiff of petroleum which had me wondering if this bottle had random oxidation disappeared.  I’m convinced this wine has great ageing potential.  12.5% £214 for a case of 3 bottles at The Fine Wine Company.

Since 2018, Luís Cabral de Almeida has been juggling two estates in this sizeable region.  Herdade do Peso in Vidigueira is the company’s original estate.  In 2018, the company acquired Quinta do Centro, fellow writer Richard Mayson’s Portalegre estate at the opposite end of Alentejo.  Given that this wine is sourced from a small parcel of old field blend bush vines at 640m, I suspect it is not from Quinta do Centro (where, as I recall, Mayson did not make a white wine).  The grapes were harvested early for freshness and the wine was fermented and aged for 17 months in 225l and 500l French oak barrels. Part of the batch underwent malolactic fermentation.

Straw yellow, the sophisticated oak is beautifully deployed to bring structure and poise to the palate.  Dry and mineral in profile, it put me in mind of a particularly muscular example of oaked Sancerre with its hints of bay leaf, blackcurrant bud and elderflower.  But there’s a Mediterranean quality too in the waxy texture, round but firm quince fruit, ripe lemony acidity and lemon thyme.  It is an imposing wine with plenty of depth and layer.  The oak does not impinge on the intrinsic character of the terroir or varietal mix, which includes Arinto, Roupeiro, Bical, Fernão Pires and Tamarez.  12.5%  I don’t believe that this wine is imported into the UK by Liberty Wines (the Sogrape owned importer), but it is listed at £54.26 at Portugal Vineyards (with shipping from Portugal calculated at checkout).