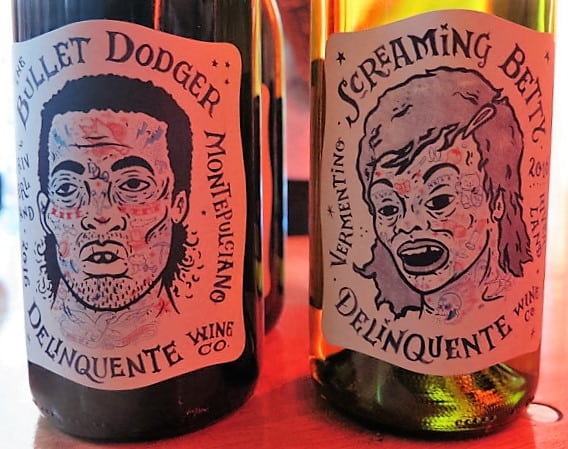 It’s July, it’s scorching so I know, I know, Vintage Port.  But then this post is all about being smitten, not seasonal.  And I do give you a Vermentino.  Traditionally grown in Sardinia, it will serve you well on a picnic or with prawns on the barbie.  Casual drinking then, but remarkable because Deliquente ‘Screaming Betty’ Vermentino 2017 represents a new wave approach to wines from the Riverland. 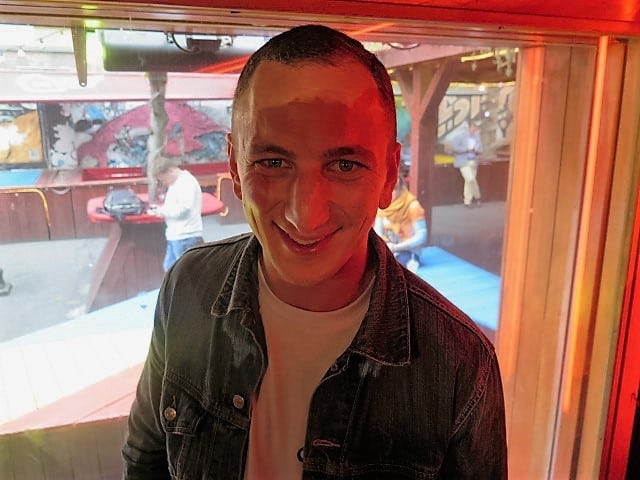 I first tasted Con-Greg Grigoriou’s Delinquente Wine Co. wines at the Artisans of Australian Wine tasting in 2016.   As I wrote then, he represents a new breed of small batch Riverland producers who, in his own words, “are trying to make fun and easy drinking wines with natural yeast and minimal intervention which are punter friendly.”  The minimal intervention bit goes back to the vineyard. Source top notch fruit and there’s no need to tweak it, fine it or filter it (so it is vegan-friendly).  Hence each of Grigoriou’s wines comes from a carefully selected single vineyard.  In this case, an organically cultivated parcel of Vermentino, which was hand-picked, then naturally fermented for 21 days in stainless steel vats and aged for 6 weeks on fine lees.  It results in a wine which is quite distinct from the Riverland’s traditional, upfront, fruit-driven commercial quaffers.    Rather it is soft, gentle and round (very Vermentino), but fresh and lingering.   Even and un-pushed (a quality I savour), with a silky mouthfeel, it shows pear and star fruit on a rolling palate.  11.8% £14.99 at Forest Wines, £16.60 at The Good Wine Shop 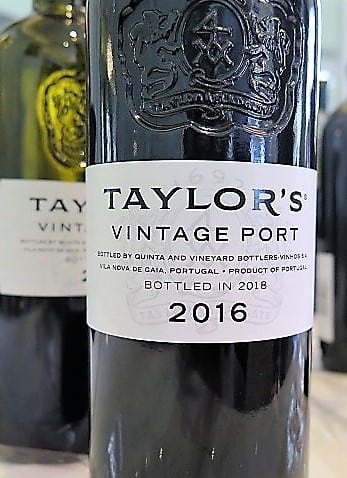 The 2016 vintage has produced some glorious Ports.  The Fladgate Partnership, Symington Family, Quinta do Noval and Quinta da Romaneira showed off some exquisite examples at the London May launch, which I reported here.  I re-tasted many of them blind at Corney & Barrow and the sonorous purity of Taylor’s Vintage Port 2016 remains with me.  Fruit from Quinta das Vargellas and Terra Feita are the key constituents of this Port.  The former is the hotter site (its median temperature is some two degrees higher) and produces the more aromatic fruit, while the latter is earthier, according to CEO, Adrian Bridge.    This is an expressive, bright, elegant vintage of Taylor’s with a striking purity of upfront fresh, well-defined blackcurrant fruit – very poised – with a refreshing leafy edge and white flowers to nose and palate.  Really delicious succulence and concentration in the mouth, the tannins plentiful and fine and, initially, immersive, letting the fruit (which is markedly fresh and relatively dry of profile), strut its stuff.   Going through, the tannins – mouthcoating salty and schistous – rise, tapering and seasoning the finish which, nonetheless has lovely detail, with a cut of citrus (grapefruit?) and lifted bergamot and violets to the long, firm finish.    Less ramrod and less buttoned up than usual, the 2016 has purity and precision without austerity. Terrific.  Total production in 2016 stood at around 6,500 cases; 12-14,000 cases is the norm.  Looks like a smart buy at Davys at £295/6 bottles in bond.