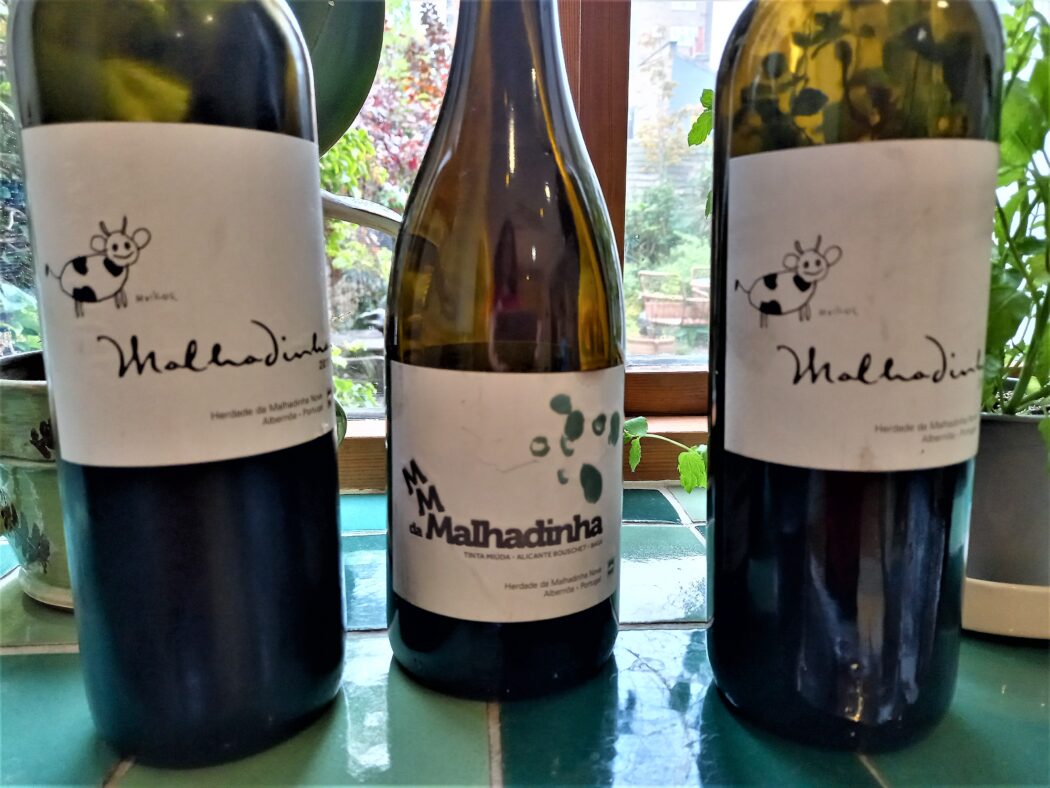 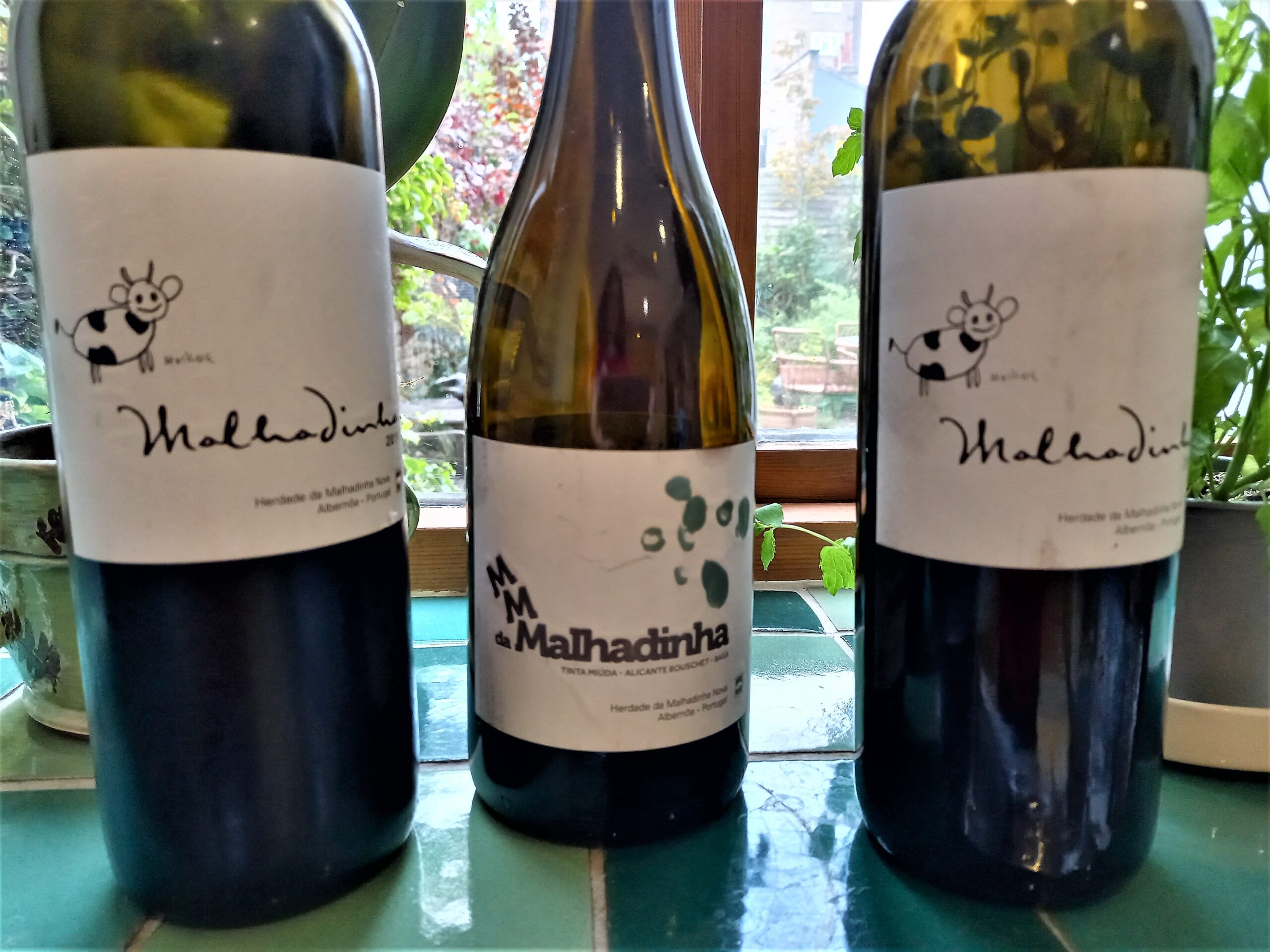 It’s strange when two neighbours independently contact you about the same producer the same day.  One happens to work for Herdade da Malhadinha Nova’s importer (Raymond Reynolds), which is how I came to taste mature examples shown to customers the previous day.  The other sent me a link about his hero (Alan Shearer) and the Alentejo estate (which I’d recommended he visit when holidaying in the Algarve).  Small world….

You’ll find my notes below.  They are based on tasting the wines two and three days after the bottles were opened (i.e. on ullage). I suspect my neighbour (with whom I left the spoils) is even keener to visit now.

This innovative blend of Arinto, Viognier and Chardonnay fermented and aged in French oak for several months.   The Viognier leads, with delicious ripe apricot fruit.  Creamy oak adds to the sense of opulence, whilst the Chardonnay and Arinto bring freshness and line.  A touch of lemon thyme too.  Served lightly chilled, the finish has attractive precision and minerality, even after a day on ullage.  On day three, it showed a touch of cinder toffee and lemon butter, which suggests it will hold a little longer, but I think it’s in a really nice spot now. 13.5%

A blend of more or less equal parts of Alicante Bouschet, Tinta Míuda (a.k.a. Graciano) and Baga.  The Bairrada interloper’s impact is incisive.  As you would expect, Baga brings a firmness to the finish, some chewy tannic grip even.   Aged for 12 months in all new French oak barrels, the oak is rich and creamy, accentuating the sucrosity of the ripe red and black fruits, with tertiary nuances of liquorice spice, dried lavender and tapenade.   It’s an uncommon, quite possibly unique blend.  I found the sweetness and tannin pulled a little in different directions, but the fruit has good intensity.   14.5%

The Cabernet Sauvignon lends class – great polish – to this super-consistent blend of Alicante Bouschet, Cabernet, Tinta Míuda and Syrah, which spent 14 months in French oak.  It reveals rich, ripe cassis and blackcurrant to nose and palate, the fruit still bright and intense.  Spicy crushed coriander seed, gravel (the minerality a touch bloody) lend savoury nuance and depth.  Long, very persistent, with a backbone of ripe acidity and fine grained tannin.  Lovely structure – time still on its side.  If you can resist it.  My pick of the bunch.  14.5%