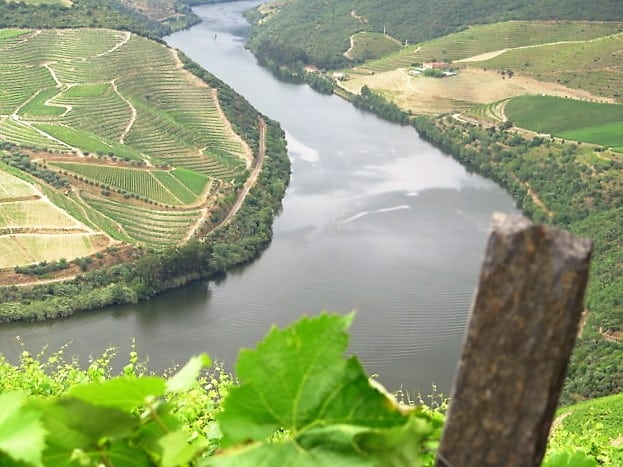 Having caught up with the latest releases last year, I was glad to have the opportunity to visit with Real Companhia Velha this week.  The passion of Chief Winemaker Jorge Moreira and Chief Viticulturist Álvaro Martinho Dias Lopes for what they do was plain to see (see my pics of the pair expressive hands and all here).  The sommeliers whom I was introducing to the Douro for the first time learned a good deal about this, the world’s biggest mountain vineyard’s unique terroir.  And some of its more surprising wines, including the pink tinted traditional method Pinot Noir Chardonnay fizz which kicked off our tasting at Quinta das Carvalhas.  With great mouthfeel and concentration yet good acidity, it reinforced Lopes’ comments about the powerful intensity and character which the Douro’s terroir brings to its produce.

Moreira showed us 2015 vintages of the white wines which I’d tasted last year and his observations about the vintage shed light on the unusual marked fruitiness which I detected in all the 2015 Douro whites I tasted this week.  Describing it as “a strange year” for whites he said it was very dry, “which is not normally good for whites.” He explained that this meant that they developed differently, going directly from green flavours to ripe fruit, missing out the fresh fruit phase.  Which normally would have resulted in reduced acidity and higher alcohol.  But in 2015, you got the ripe fruit with the same acidity and alcohol as fresh fruit.  So as Moreira put it (and I can confirm) you have “one of the most beautiful whites already” – these are approachable, yet very balanced wines. Take the Samarrinho 2015, which had a pure burst of pink grapefruit already, while the Moscatel showed exotic, heady rose petal and lychee.

Here are my notes from my post about those earlier vintages I tasted in December.  Incidentally, this week’s tasting also confirmed that Quinta das Carvalhas Vinhas Velhas 2013 is one of my top 2013 Douro reds alongside Moreira’s own label – Poeira 2013 which I’ll write up shortly.

After centuries in the Port business, Real Companhia Velha’s Pedro Silva Reis decided to launch the company’s first table wines some 20 years ago.  It was an innovative move back then for the reds he made from classic Douro Port varieties under the Evel Reserva and Porca de Murça labels.  And extremely innovative for the company’s white, red and sweet wines made from Chardonnay, Sauvignon Blanc, Cabernet Sauvignon and Semillon (locally called Boal).  They were planted in 1993 and soon followed by Pinot Noir, Viognier and Gewurztraminer.   California’s Jerry Luper was appointed winemaking director.  Jorge Moreira was his intern.

These days Pedro Silva Reis junior is the company’s spokesperson and (since 2010) Moreira is in charge of winemaking (which role he juggles with his own Poeira label and winemaking at Quinta de la Rosa).  Moreira is, without question, one of the region’s/Portugal’s most gifted winemakers.  He has presided over the next wave of innovation at the company, the most exciting developments for me being the introduction of unusual single varietal wines under the RCV Series label and Quinta das Carvalhas single vineyard label.

Referring to these changes, Pedro junior told me “[A]lthough we are a very old company (founded 1756), we are a family run business with a very young and open-minded mentality, which allows these experiments to go forward. In 1997, my father put together a team of viticulturists who are with us since then, and they have been crucial for the progress made in our vineyards [latterly precision viticulture to identify individual parcels], making it a sort of “playground” for our winemaking team.”

The Douro region at large is often described as a winemakers’ playground thanks to its diverse terroir and varietal make up.  So Moreira must have felt like a kid in a sweet shop when he came back to Real Companhia Velha (RCV) – it owns six Douro estates totalling 540ha, all in the Cima Corgo.   They are Quinta das Carvalhas (Pinhão), Quinta de Cidrô (São João da Pesqueira), Quinta do Casal da Granja (Alijó), Quinta dos Aciprestes (which incorporates Coutada) and Quinta do Síbio.  Since he re-joined the company, these vineyards have serviced not only RCV’s wines and Ports, but also the Delaforce brand which was acquired in 2007.

My first Series’ wine was a lively, fresh, very pretty Beaujolais’esque Rufete (red).  One of the latest (released last year), and perhaps the most exciting yet, is Series Samarrinho 2013.  This characterful white variety is typically found in the Douro’s old field blend vineyards.

Other Series’ varietal white releases include an Alvarinho, Arinto and Moscatel Ottonel.  An oaked Sauvignon Blanc is to be launched this year and, from the 2015 Vintage, RCV will release another Samarrinho together with a Touriga Branca, Bastardo and Encruzado.  Looking further ahead still, they have planted Esgana Cão, Pêro de Bode, Síria, Touriga Branca and Donzelinho Branco at Quinta do Casal da Granja.

Soon after Moreira joined RCV I visited him and, keen as mustard, he showed me around Quinta das Carvalhas.  The estate covers the entire hillside facing the Douro river and occupies part of the slopes of the right bank of its tributary, the Torto river.   The oldest vines are around a century old.

Carvalhas Vinhas Velhas Tinto – the stunning flagship red – is made from three parcels of old vines, while the Branco is made from the only parcel of white grapes at the Quinta, featuring the two grapes: Viosinho & Gouveio.  In 2011 a single varietal Tinta Francisca was introduced.

Following the acquisition of the Delaforce brand (with no land or stock), its previous owner The Fladgate Partnership continued to make the Ports.  In the last few years, this has changed; Fladgate is now producing only the Fine Ruby & Fine Tawny.

According to Moreira, during this transition, the challenge was to maintain the Delaforce style of Ports with RCV’s grapes and winemaker. But it has helped that RCV own vineyards in the same locations as the old Delaforce vineyards.  The back of Carvalhas facing the Torto is close to Quinta da Corte, while Quinta do Síbio is located in Vale do Roncão, from where Delaforce used to be supplied.

In addition, RCV has launched Delaforce Port House’s first table wines, including an Alvarinho, a Touriga Nacional, a classic red blend and a Cabernet/Touriga Nacional blend.

Here are my highlights from the latest releases:

Grapey and very perfumed with ginger and elderflower notes which follow through on a dry, fresh, lightly citrusy palate with crisp acidity and a clean, persistent, well-focused finish.

With high acidity, this golden yellow wine was aged for a year in bottle prior to release. Colour and flavourwise it shows some development with rich, ripe citrus fruit, a touch honeyed, pithy lime zest and slatey minerals wed to lip-smacking lemony acidity. An intriguing nose and palate reveals spicy, pithy but vivid bursts of orange and pink grapefruit which lubricate a distinctly dry, textural palate (a sense of tannins here) with pot pourri and white pepper lift.  It has good palate presence – a weight/structure in the mouth, without being heavy.  The finish is more earthy than mineral and shows some alcoholic warmth.  Very intriguing, it drank well over a couple of days, becoming prettier (showing some tangerine) and purer with air – growing into itself. 13% 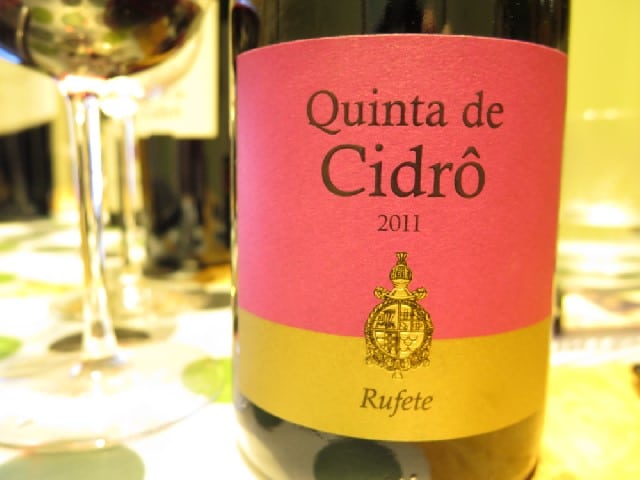 Green-edged, crunchy and delicate red cherry and berry on the nose with a lick of fruit spice.  This has an easy drinking Gamay/light Pinot Noir-like charm with nice freshness and nuance for a single varietal. Not a keeper, but an interesting very drinkable quaffer.  13% 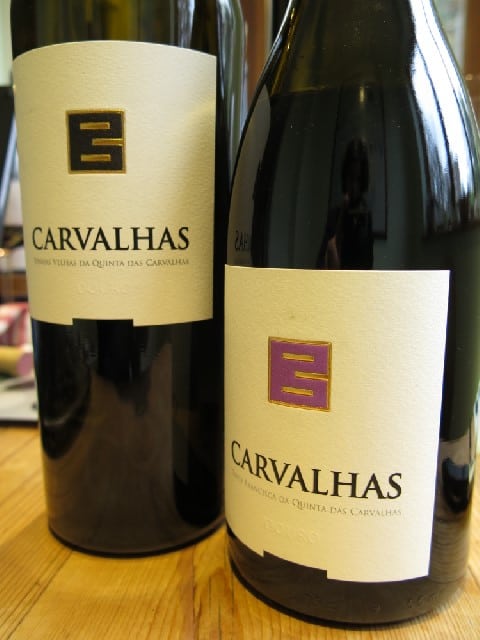 Vinified from parcels of old vines with northern sun exposure, this is a fine follow up to the 2012 (reviewed here), which I also rated very highly.  A perfumed nose and palate brings delightful floral lift to its headlong and heady charge of concentrated but very lively black berry and currant fruit – great impetus. A quality which is aided by the fluidity of its refined, very elegant tannins.  A savoury burnish of charry oak compliments its minerality.  For a wine of this stature it feels remarkably light on its feet, unlike the bottle.  Terrific – the contents that is. 14%