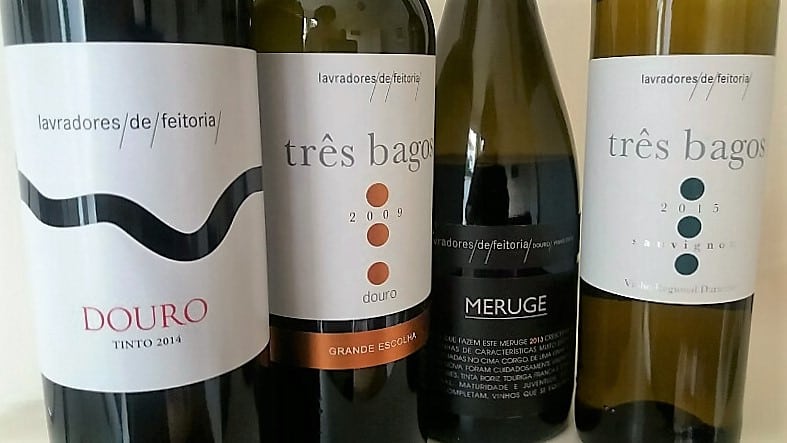 I’m en route to Australia today.  Which unfortunately means I miss the New Douro tasting in London on 7th November (this year open to the public as well as the trade). It skips the 2013 reds and will focus on 2014 reds and 2015 whites – details here.  Earlier this year, Lavradores de Feitoria sent me samples of their latest releases, some of which they may or may not be showing at this event. Below you’ll find my highlights.

First, here’s a bit of information about this consistently good, good value producer.  The innovative group of Douro growers pool their grapes, which are sourced from some 20 quintas – around 800ha between them. Established in 1999, the name (Lavradores) comes from the old Portuguese word for a shared winery. Grapes are vinfied separately and, with so many locations, aspects and altitudes (from 200-500m) to draw upon, Lavradores have a strong portfolio of mostly (site) blended wines.

Whites with 100% natural acidity are a particular strength.  The winery is located in Sabrosa in the Baixo Corgo, the cooler, wetter, westernmost sub-region of the Douro from where most of the white grapes are sourced. Apparently white grapes have been planted in the vicinity since the 18th century and Sabrosa is where the first Viosinho was recorded. 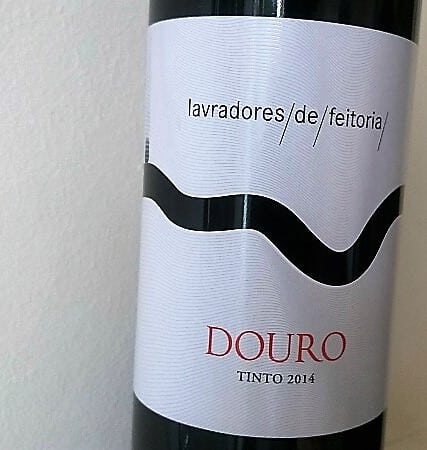 This crimson unoaked blend of Touriga Franca, Tinta Roriz, Touriga Nacional and Tinta Barroca is all too easy to drink.  It’s fruity and bright with perfumed red cherry, sweet strawberry, creamy fruits of the forest (day 2) and a peppery hint to the finish which nicely tempers that sweetness.  Juicy acidity through the finish and smooth tannins gives it nice length and balance for the price point.  Very well done. Love it when entry level producers hold off the oak and let the Douro’s fruit shine.  13% 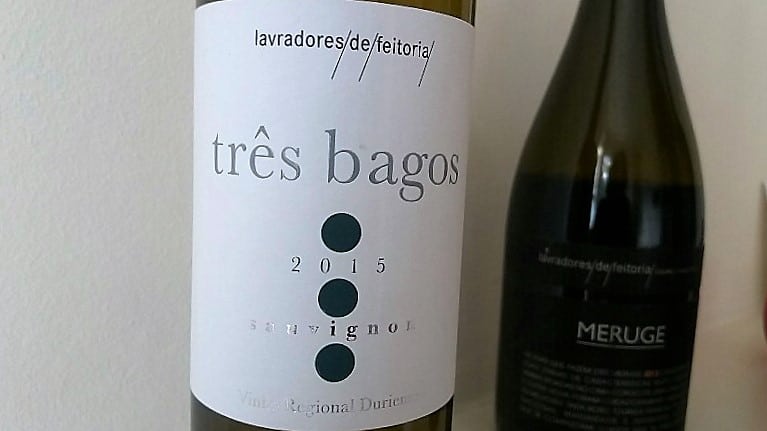 This wine is labelled Duriense because Sauvignon Blanc is not an approved DOC grape. The grapes come from Casa de Mateus/Palacio de Mateus near Vila Real (which originally supplied the grapes for Mateus Rosé and is pictured on its bottles). Because of its location at 500m and its particularly pronounced diurnal temperature variation, even during summer, Dirk Niepoort (one of Lavradores’ share members), suggested that it might be a good spot for Sauvignon Blanc back in 2002. Unbeknownst to him owner Fernando Albuquerque, a huge fan of Sauvignon Blanc, had planted cuttings from France over 20 years ago, but never vinified the Sauvignon separately! In 2002, the first Sauvignon was made and following the wine’s successful reception, a further 2ha were planted in 2009, also Riesling. The ripe fruit profile of this Sauvignon gives away its Douro roots.  That said, it has vivid acidity – nice structure – to its ripe passionfruit with peach close to the skin, hints of lemongrass and blackcurrant bud.   Twenty percent of this wine was fermented and aged in new French oak barrels for 4 to 5 months.   13% 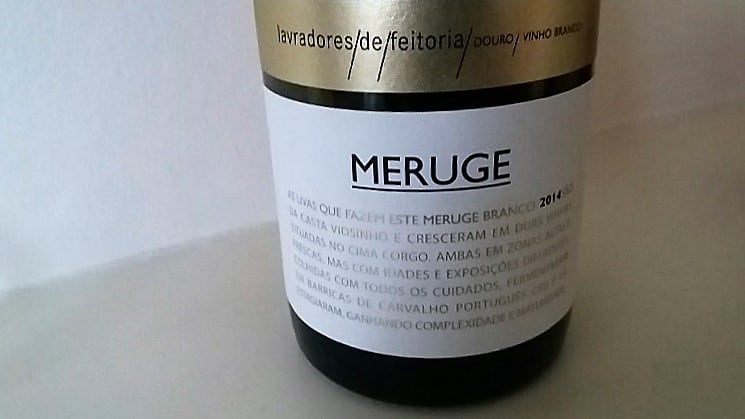 This unusual single varietal Douro white – a Viosinho from 45+ year old vines –  is a favourite (you can read about its creation here).  It’s always characterful, not least because it is fermented and aged in new, untoasted Portuguese oak (for 6 months in 2014).  The nose has a smoky, mineral intensity and hints of the resin I often find in this wine.  In the mouth it has a nice girth of lemony fruit and, as it opens up, silky white peach.  Nougat/honeycombe oak give vocal but harmonious support and, on day two, it’s showing dried honey and resin complexity – good depth of flavour. Though not as concentrated or powerful as previous vintages (I notice it spent a couple of months less time in new oak), that’s not necessarily a bad thing.  It makes up for the loss of throttle with its elegant drinkability, showing good freshness and length on a salty finish.  Very gastronomic. 13.5% 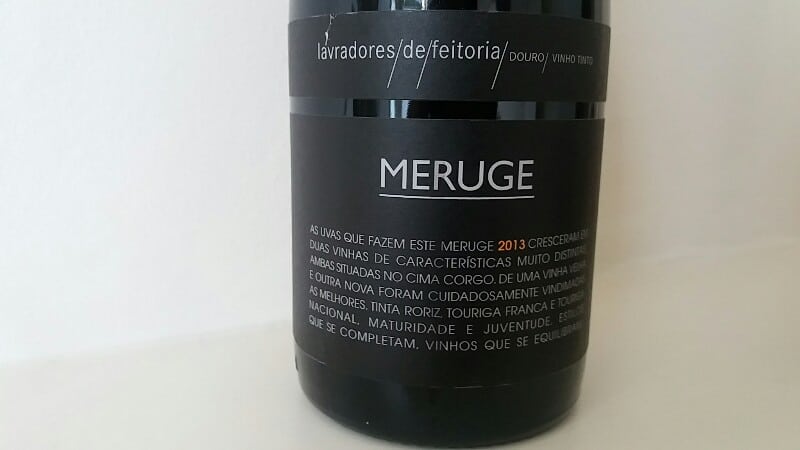 As befits a wine focused on Tinta Roriz (Spain’s Tempranillo), this wine has a markedly red fruited palate with very Rioja-like soft, yielding oak.  The mid-palate has a striking purity and freshness  (a feature of the year) to its pomegranate, red currant and cherry fruit, the oak slightly creamy, with a hint char and milk chocolate.  Going through it reveals liquorice and sasparilla spice and (dried) herbal complexity. The tannins have just a trace of the bitterness which I find in this vintage – perhaps coming from the stems since this wine starts fermentation in lagares with stems.  It was aged in new French oak barrels for 12 months.  14.5%

Because I am so used to tasting young wines I can sometimes forget that drinkers appreciate a bit of maturity to round off the edges.  But I was swiftly reminded of that pleasure with this 2009 vintage sourced from 60+ year old field blend vines.  Interestingly, it’s not a favourite vintage.  It was hot and dry and the wines can be a bit blousy and overripe.  Not this one.  It’s a deep inky hue, still very bright around the core, with persistent, very well balanced acidity and ripe but present tannins to balance and support its rich, ripe flavour profile.   Delivering lots of pleasure now with scope to age for another five years it shows ripe fruits of the vine, mellow plum, dried fig, incipient leather and a touch of bloodiness (but not brett).  A great choice for autumnal drinking/eating.  Finishes long and spicy with liquorice, powdery cocoa-edged tannins and well integrated spicy oak.  This wine was fermented in lagares and oak vats with prolonged maceration.  It was aged in new French oak barrels for 14 months. 14.5%