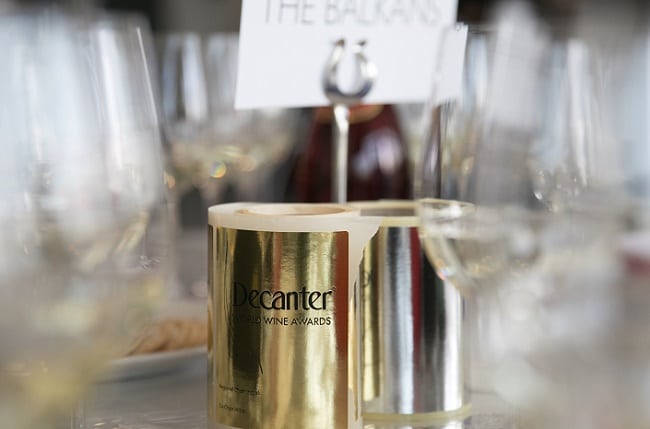 The results of Decanter World Wine Awards 2018 (DWWA) were released last week.  More than 60 countries submitted entries – nearly 17,000 in this, the 15th year of the competition.

Entry-level and mid-priced  Portuguese wines, including a striking number of unoaked reds, performed particularly well this year, reinforcing Portugal’s reputation for bang for buck.  As for whites, good to see an Avesso Vinho Verde join Alvarinho on the podium.

My panel awarded more Golds than ever – 14  (excluding Port & Madeira), of which four went on to win Platinum awards, including a coveted Best of Show Award.

Bagging top brass (Gold or Platinum, including Best of Show) is no mean feat.  Over the course of an intense week, 275 judges from 33 countries assessed the entries.  The following week, a super-jury reviewed the Golds and awarded Platinum/Platinum Value awards for top wines.  Platinum winners then go head to head when the four Co-Chairs select the ‘Best in Show’ – the ultimate award.

Here are the Portuguese Best of Show, Platinum and Gold medal winners:

Trade and consumers alike can be among the first to taste over 100 award-winning wines from the 2018 Decanter World Wine Awards at a special tasting on Monday 2nd July at Vintners’ Hall.  Tickets cost £40 per person and full details can be found on Decanter.com.

Class in the glass – two top Australian wines for around £15

Hello Sarah, I have been asked to do a tutored tasting of Portuguese wines in November and would really like to include an example of Encruzado. […]