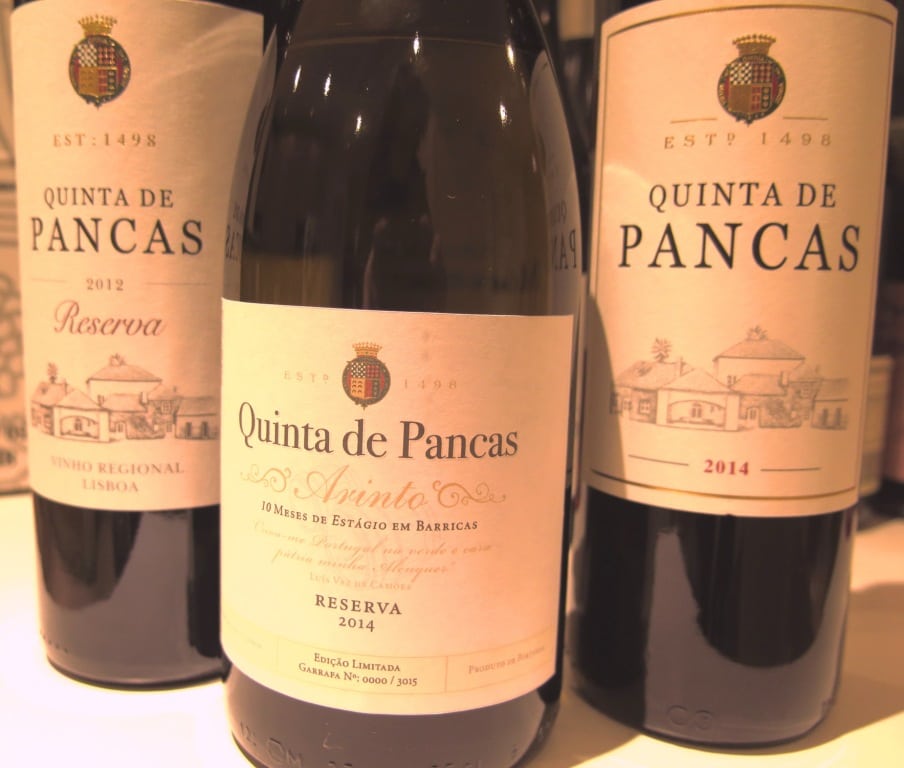 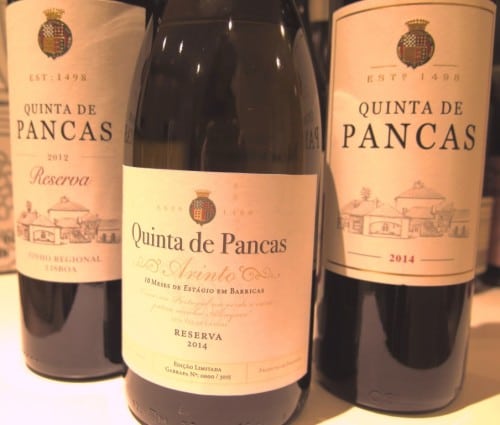 I arrive in South Australia’s capital, Adelaide today.  As for Portugal’s capital, Lisboa, the long, skinny wine region which takes its name is slowly nutting out which varieties work best and where. On my first visit to Portugal,  Quinta de Pancas’ well-structured Lisboa reds – invariably cutting edge blends of top French and Portuguese varieties – were a beacon of quality alongside those from Quinta do Monte d’Oiro and Quinta de Chocapalha.  Owned by Companhia das Quintas, I soon discovered that it wasn’t this ‘company of estates’ only gem.  Quinta da Romeira arguably makes Portugal’s best Arinto in this grape’s heartland, Bucelas.  While Pegos Claros in Palmela has championed native red grape, Castelão to great effect. In Beira Interior, Quinta do Cardo was at the vanguard of a quality-focused revolution.

Over a decade later Romeira and Pegos Claros have been sold.  And my high regard for Pancas’ reds faltered thanks to Brettanomyces taint – more than a ‘whiff of the stable.’ But I am really pleased to report that the latest samples from Pancas show a return to form, once again showcasing how well suited the Alenquer sub-region’s sheltered location is to reds.

Senior Winemaker Frederico Vilar Gomes explained, “[H]uge changes have happened in Viticulture and Winemaking of our company in the last 2,5 years.” These follow his appointment to Winemaker Director in 2014  and John Worontschak’s consultancy, which started the previous year.  Not just at Pancas, but at the other estates too – Quinta do Cardo,  Herdade da Farizoa (Alentejo) and Quinta da Fronteira (Douro).

Summarising the key changes, the co-founder and former co-winemaker of Casca Wines’ told me that their first task was to evaluate the potential of each estate’s parcels “with the help of different techniques such as digging holes for soil survey, measuring vigor as pruning weight, NDVI mapping, tasting grapes and of course talk to the people that work in the vineyards to know their opinion on the best sites.”  Each estate is now differentiated according to block and graded A,B and C, which he described as follows:

“A vineyards stand up for the best sites in each one of the estates and are now the ones that we are managing 100% focus on quality, vineyards are treated to grow the best grapes and costs are not an issue in these blocks.

C vineyards are completely the opposite, strong soils sites, biggest yield potential varieties are the ones that we have chosen for C blocks. Goals are to yield improvement and tight cost control, these are the vineyards that we are modernizing to have good leaf to fruit ratios, precise water management, leaf removal,…, so quality can be achieved.

B vineyards basically stand up for what was being done in the past.”

At Pancas, Gomes observed, “due to its complexity of slopes [rising from 50-240m], soil management has been a priority, we recovered an old machine that imitates manual hoe and potentiates biodiversity in the [predominantly calcareous] soil. NDVI mapping was also very important to vigor control and parcel grading.”  Differentiating parcels in this way has meant no more “standard” treatment – “since 2014 harvested grapes are treated in the winery as “single vineyards” – A Blocks, as “Reserva” – best B blocks as B+, “estate” – other B blocks and “entry level” – C blocks.” And in 2015, Gomes tells me this approach was rolled out to grape suppliers.

As for the winemaking, the impact of grading the fruit has paid dividends from barrel management (“best wines always to best barrels”) to much less fining of entry level wines.  And speaking of barrels, 150 Brettanomyces tainted barrels were disposed of at Pancas.  The reduction in fining is part and parcel of an overall shift towards a less interventionist approach.  It’s a vague phrase that’s bandied around a good deal, but it sounds pretty meaningful when Gomes observes “in 2014 we saved 80% of winemaking additives.” In case you are wondering, this means no more enzymes, tannins and much less (inoculated) yeast for red wines.  Additionally, a DO (dissolved oxygen) measurement device and racking wines from barrel with nitrogen has significantly reduced DO in final wines (which can reduce freshness and fruitiness).

The Burgundy-shaped bottle signals the style.  Hand-picked Arinto was slow fermented in 228 litre French oak barrels, where it aged for 8 months with a weekly “battonage.”  Smoky oak leads on nose and palate, but there’s plenty more besides.  This is a complex, well-structured Arinto, deftly showcasing this superior native grape’s charms with a lovely depth and concentration of ripe pineapple, mandarin and lemon/lemon peel and a good thrust of acidity. Lees ageing, batonnage and oak bring layers of complexity (a touch of nougat), body and mouthfeel to this muscular wine.  It looks fresh as a daisy on day two.  A taut backbone of acidity serves it well and, with oak and fruit a little more on the backfoot, its minerality comes though- loud and clear on the finish.  Very good indeed.  12.5%

Pancas has long worked with top French and Portuguese grape varieties.  This deep crimson wine is a blend of 30% each of Cabernet Sauvignon, Merlot and Touriga Nacional with 10% Tinta Roriz.  The Bordeaux varieties spent around 6 months in oak.  It has a clean, bright nose and palate with juicy plum, black berry and currant notes.  Hints of capsicum, tobacco and lead pencil highlight judicious use of Cabernet.  I liked the freshness and easy flow of this fine-tannined, classy junior red; it remained very well composed over a couple of days.  13%

Both this wine and the Grande Escolha which I also tasted were harvested, fermented and partly matured under the old regime. Both displayed great concentration and character, though I wasn’t convinced that the Grande Escolha was completely clean.  The Reserva – a blend of 45% Touriga Nacional, Alicante Bouschet 40% Petit Verdot 15% – has bags of elegance.  A quality which I think could become a real strength for Lisboa reds when planted in the right spot and extraction/oak use is judicious. It’s a deep, velvety, crimson hue with a finely tuned nose and palate with gravelly, mineral accents to its plum and blackcurrant nose; enticing cedar lift too.  Powdery tannins and persistent, juicy acidity make for impressive length and balance – this wine drank beautifully over three days.   The Petit Verdot lends attractive spice to the finish and, I suspect, with the Alicante Bouschet, helps tame the Touriga’s exuberance.  Lovely intensity and finesse.  It was matured in French oak for 20 months (50% new). 14.5%