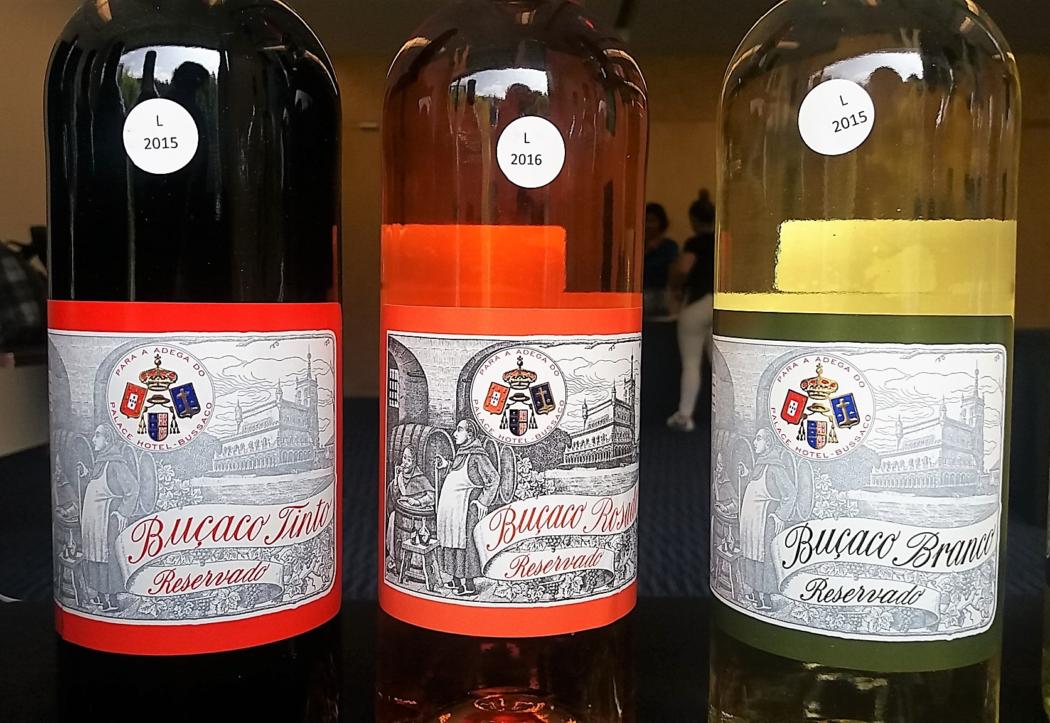 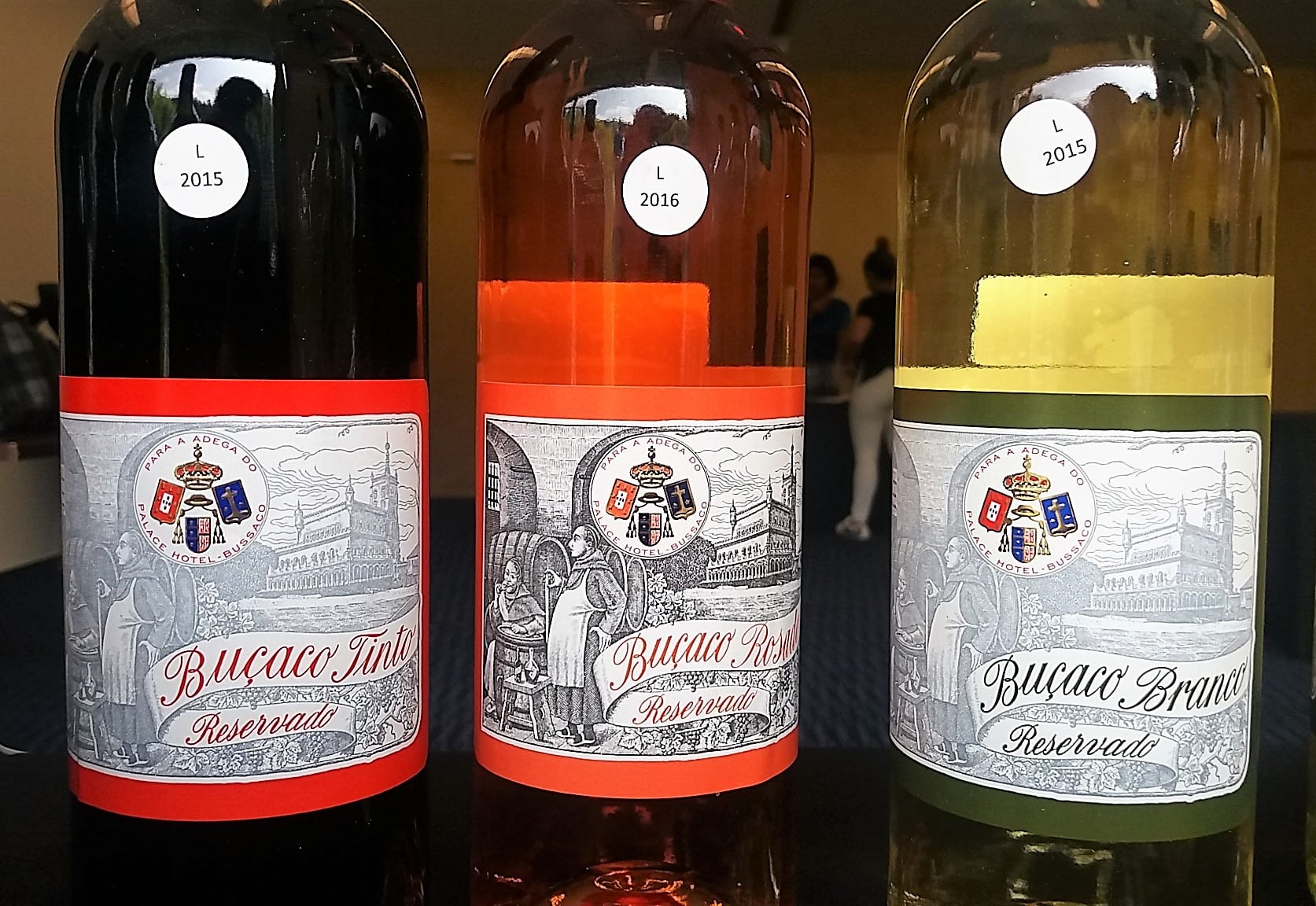 As they say, everything new is old, including Buçaco Rosado Reservado – a rosé – from Bussaco Palace Hotel.  Re-launched with the 2016 vintage after a hiatus of over 30 years, this sophisticated rosé reflects a growth spurt of  premium Portuguese examples.

Given the Bussaco Palace Hotel’s hyper-traditional winemaking heritage (click here for some history and extensive vertical reports), you might have expected Buçaco Rosado 2016 to be a ‘palhete.’  I found a bevy of fine examples of this traditional rosé – a blend of red and white grapes – at Simplesmente Vinho.  Not so.  Rather, this sophisticated, textural, dry rosé has more in common with Provence. 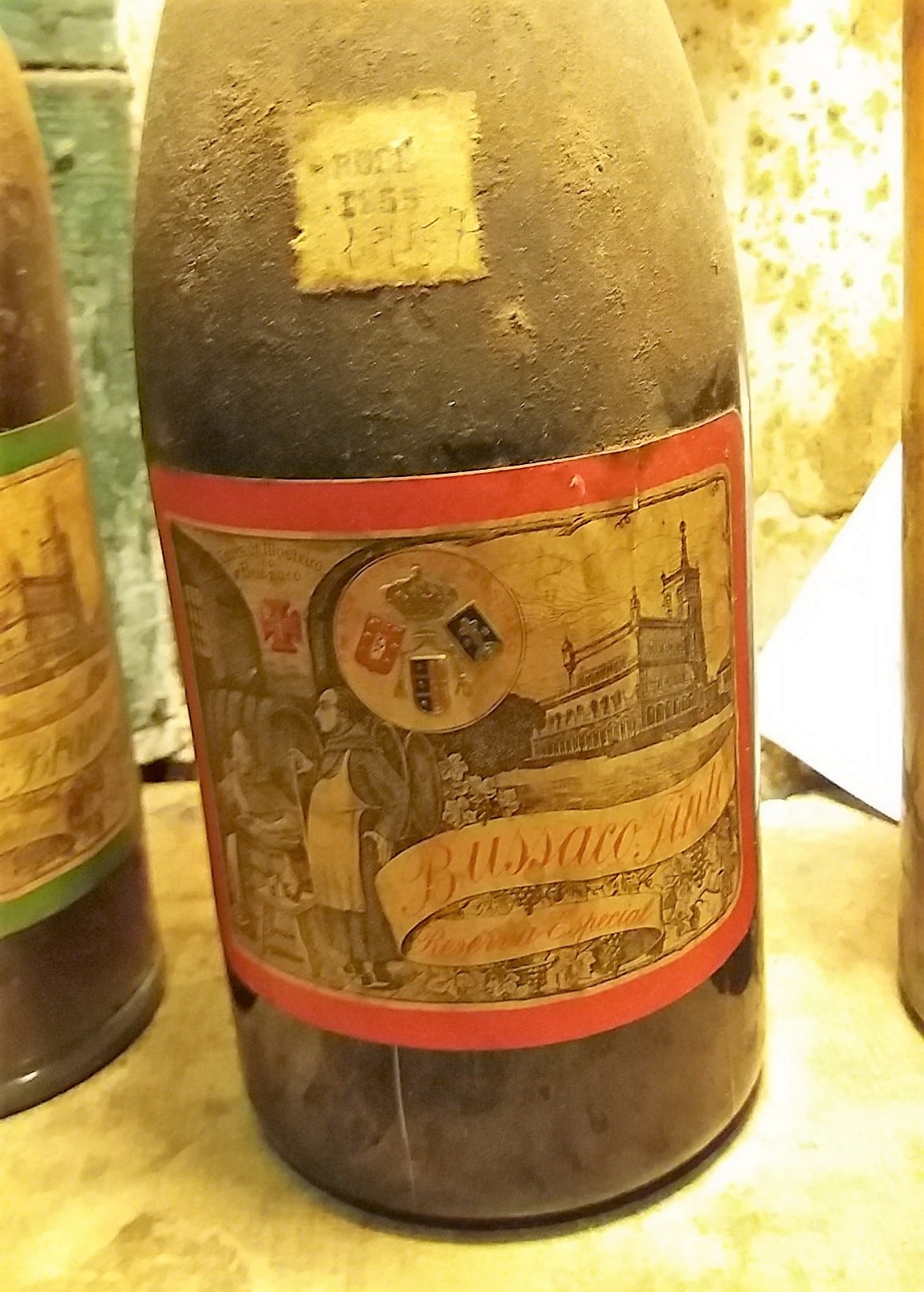 I’m not sure if earlier examples were made in the same style.  Whilst the hotel can still dust down examples of its white and red wines back to the 1940s, there is no museum stock of rosé – just empty bottles, like the 1955 (pictured).  However, I’d wager they would have been aged in Brazilian hardwood or Portuguese oak toneis, not 300l French oak barrels (as is now the way with all Buçaco wines).

Below you’ll find my notes on Buçaco Rosado 2016 and current and museum red and white releases, including a myth-busting half bottle, which stunned me and fellow taster, Jan Konetzki (half bottles are not considered ageworthy). 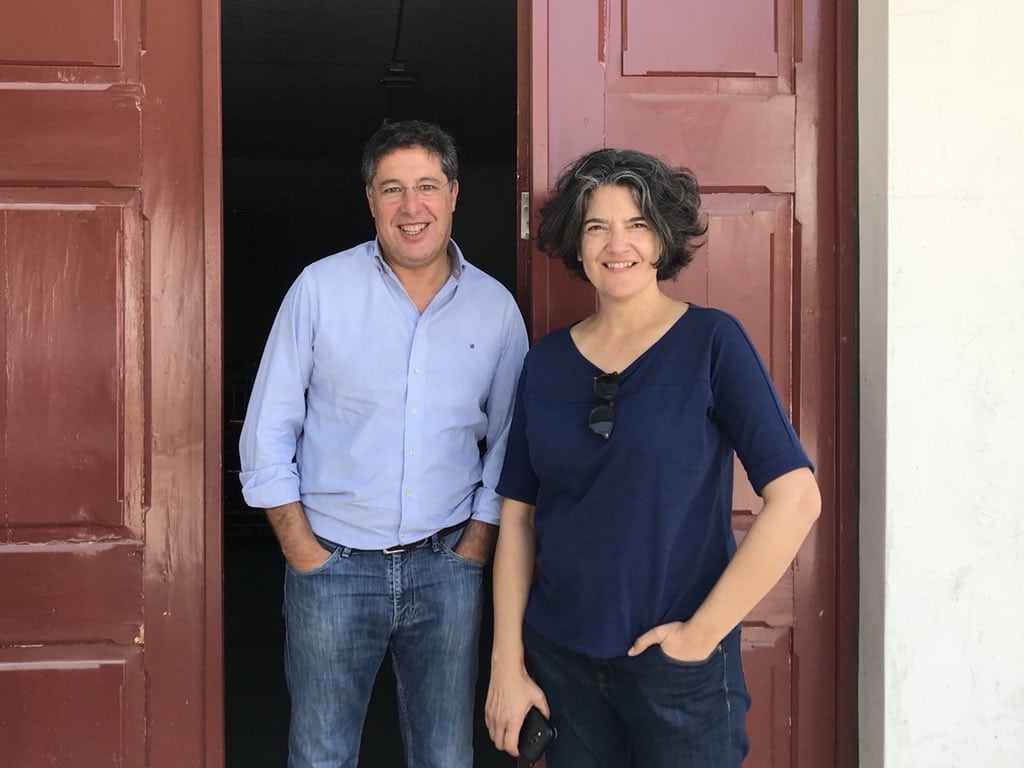 The wines were shown by Bucaco’s winemaker, Antonio Rocha, during a visit with Baga Friends on third and fifth September.  The hotel produces around 20,000 bottles a year, most of which are exclusively reserved for guests.  However, Niepoort’s ‘Projectos’ distribution arm has a small allocation, a soupçon of which is imported into the UK by Raeburn Wines – check out wine-searcher for stockists.

True to the maker’s philosophy that wine is for the table, it has won the hearts of sommeliers, including Konetzki, who compares Bucaco Branco (white) with Vína Tondonia and Château d’Yquem Y.  He lists the 2003 and 2005 Branco Reservardo at Four Seasons Hotel London at Ten Trinity Square.  Museum releases are a rare treat. 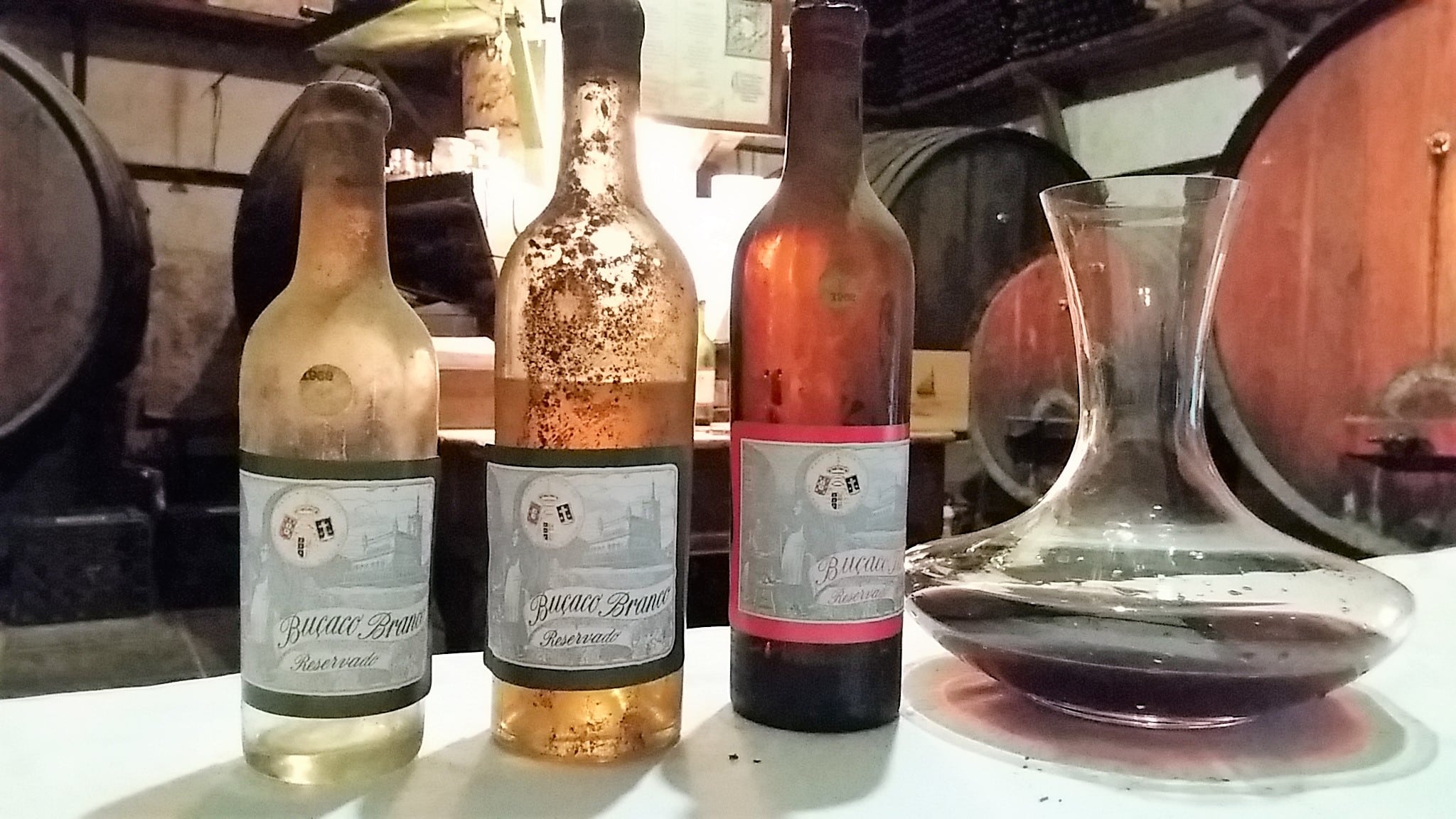 Reservado reds are a blend of Bairrada Baga and Touriga Nacional from the Dão; Vinha da Mata – a single vineyard red – is more focused on Baga because the vineyard is on Bairrada’s chalky clay soils. Whites are a blend of Dão Encruzado with Maria Gomes and Bical from Bairrada.

Opens with spicy, smoky oak, but there is abundant fruit to soak it, with muscular yellow peach, ripe lemon and firmer, zesty grapefruit on a long finish.  It reveals nougat, creamy lees and hints of the lanolin to come going through.  A powerful wine, with substance and structure both.  Revealing a little more of itself since last year.  Excellent on both showings.

Golden yellow, with spicy, toasty oak, principally to the nose, confit lemon, ripe peach and a pithier, very persistent pull of citrus and lemony acidity.  In much better condition than this earlier bottle, tasted on an extensive vertical a few years ago. A very consistent line up of 21st century Buçaco Branco Reservado on this showing, all with good ageing potential. 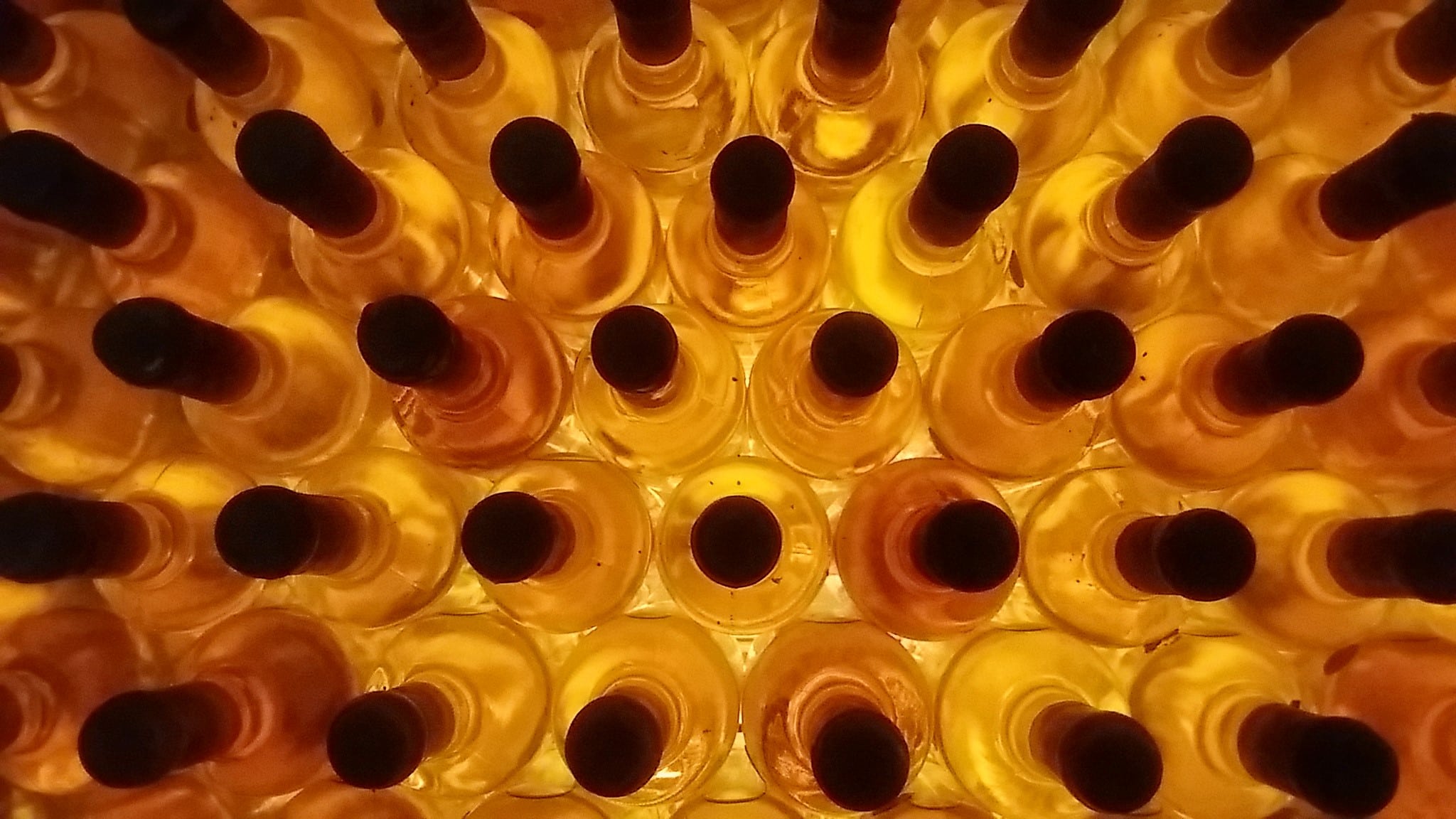 Leaping back thirty years, the golden yellow 1968 shows astounding fruit concentration and purity.  A core of ripe roasted yellow peach with a kiss of amaretto biscuit, lemon verbena and a hint of methi.  As it opens up, light toast, heather honey and butterscotch notes emerge, a touch of (attractive) cheesiness too.  The fruit becomes more satiny, a mite acetic, but still intense, with well-integrated (ripe and balanced) acidity.  Very persistent, still pushing going back ten minutes later.  Super impressive for a half bottle.  Super impressive full stop.

The age of this wine is much more apparent in hue and on the palate.  Amberish gold with an olive tinge, it shows lavender-edged pot pourri, marmalade, acacia honey, lemon lozenge and earthier raw porcini notes on a nutty, pithy, dusty palate.  While there’s still some flesh, a hint of mould and the dustiness – a white noise – detracts and the finish hardens, falling off.  “Some holes in the tapestry,” said Konetzki – spot on.

Pale salmon, this is a textured, creamy, dry Rosado  – a fuller bodied style, but with lovely detail to its oyster shell/saline inflected palate.  Powerful, fresh and lingering, it is made exclusively from Baga and was aged on the lees for six months in second use French 300 litre barrels.  Great panache and structure. 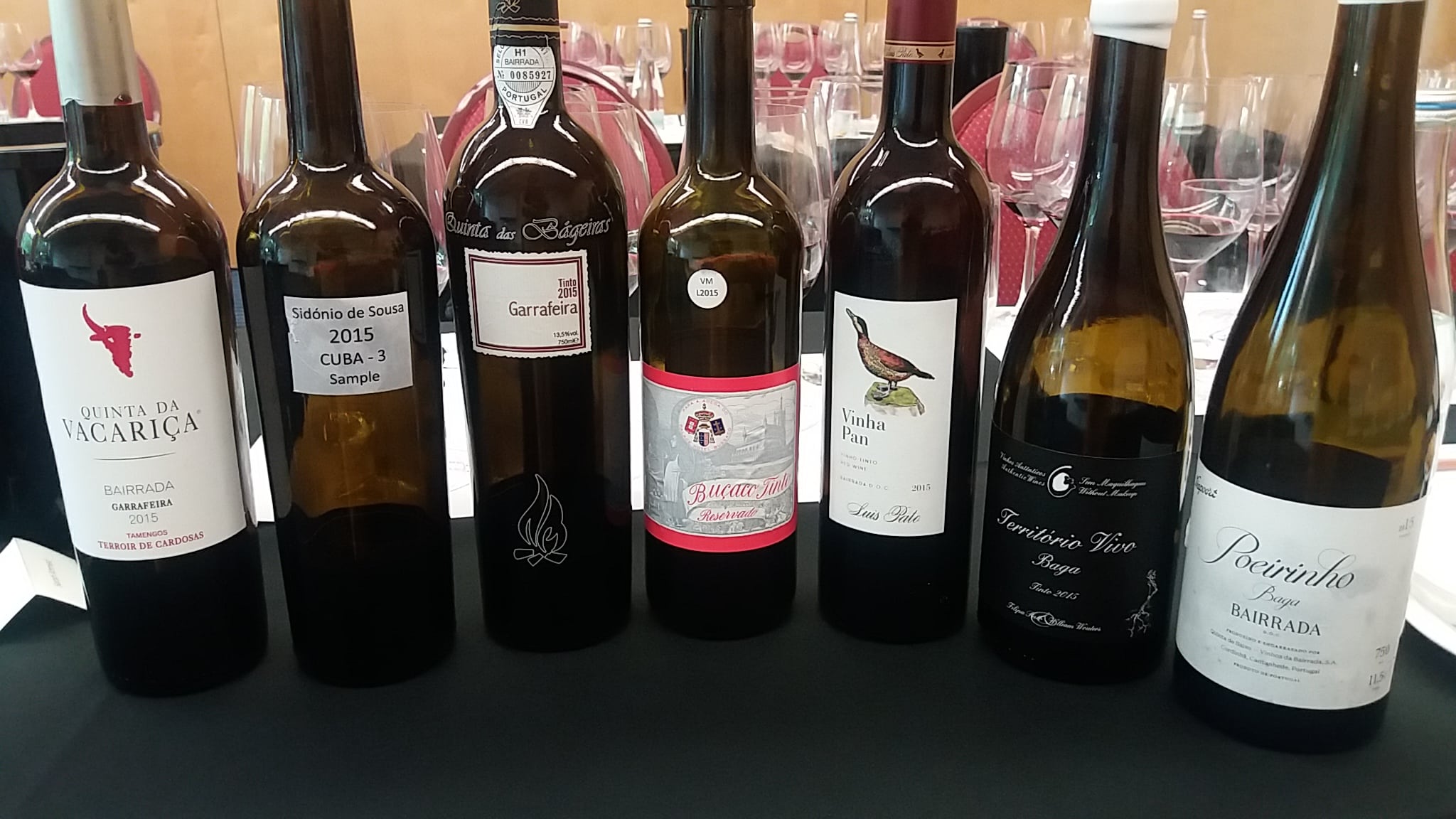 This single vineyard Baga/Touriga Nacional blend (c. 80:20 in this excellent vintage) hails from Vinha da Mata in Bairrada.  It is one of only two vineyards owned by Buçaco (both in Bairrada; the balance of fruit is bought in from long-standing growers).  The 2015 is only the third release (the others were the 2001 and 2010).  Fermented on stems, it was aged for 12 months in 100% new French oak casks, which oak is lightly worn.  Shown in a line up of 2015 Bagas, the Touriga Nacional’s floral notes sang out in this expressive vintage – a flourish of violets, with a lively, peppery edge.  Portugal’s best-known grape fleshes out the Baga’s firm backbone with juicy, ripe blackberry.  With lovely fluidity, supple fruit and fine mineral tannins, this is a relatively approachable VM but, with the chops for ageing, it is very much an each way bet.  14%

Very young, spicy and tight, with crushed coriander-seed edged red berry and plum fruit.  Rising, a plume of soot/coal edged tannins outpaces the fruit, making for a slightly chewy finish.  Needs time, but my concern about over-ripeness when I tasted it last year has receded.

More advanced than I expected, with a burgundy hue and a markedly kelpy, iodine inflected palate (which I rather like), with confit fruit, bitter chocolate, cinnamon and clove.  Grainy tannins on a medium finish.  The Buçaco VM Reservado 2001 has always shown much better in this year – go for it instead should the opportunity arise!

Retains significant opacity to the core despite the bricky rim.  However, this bottle is showing its age, with dusty bouillon, iodine and bitter chicory, powdery mineral tannins and firm acidity.  Lacks fruit; light and lean. 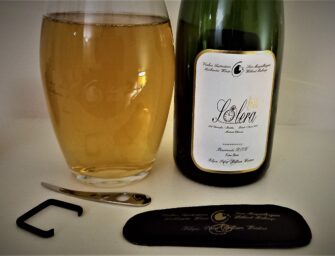 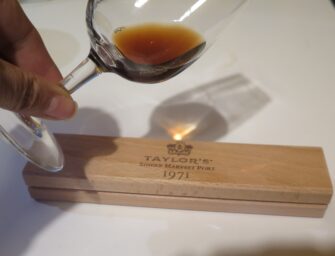