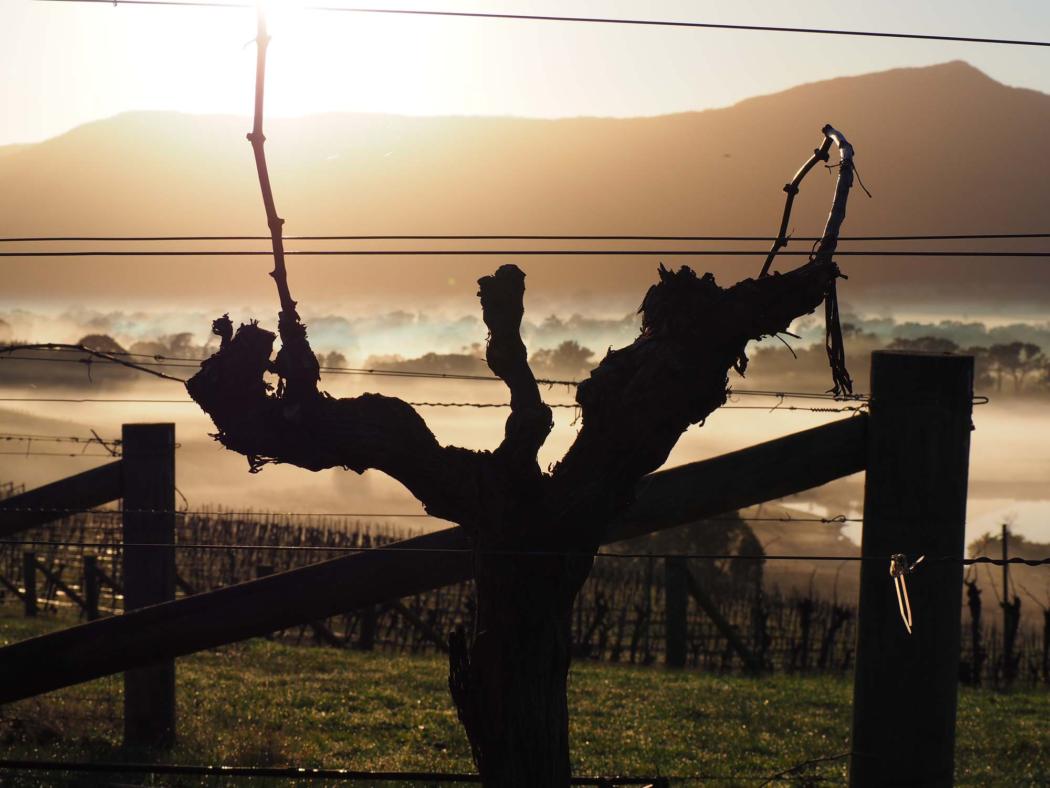 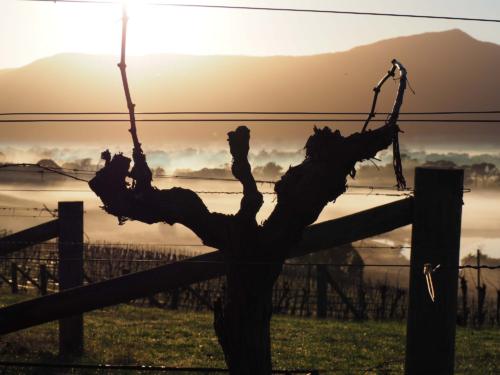 I really cannot recall the last time a waiter asked that question.  Black pepper is an everyday condiment these days and I do enjoy peppery Shirazes like Mount Langi Ghiran’s from the Grampians region.  Its famously peppery profile has been attributed to its genetic source – the Swiss clone Shiraz taken from Best’s 1860s’ pre-phylloxera ‘Nursery Block’, up the road in Great Western.  Best’s also make wonderfully peppery Shiraz.

But is it all about the clone?  In January, Cos Simos of the Australian Wine Research Institute (AWRI) presented a tasting about rotundone which, in 2007, they identified is the principal aroma impact compound for pepper & spice in wine.  Other plants too.  For Simos, rotundone concentrations have more impact on pepperiness than clone.

AWRI discovered that it occurs predominantly in grape skins (but also in leaves and stems) and is easily extracted.  They also discovered that the higher concentrations of rotundone found in particularly peppery Shiraz, such as Mount Langi Shiraz, reflect a relatively low MJT – that is to say mean January (peak summer) temperature.  Additionally, that rotundone increases during the later stages of ripening.

Research at Mount Langi Ghiran during 2012, 2013 and 2015 went even deeper.  Simos reported that AWRI found a distinct spatial pattern to the presence of rotundone in Shiraz among samples harvested on the same day with a similar baume and pH.  The least exposed parcels might have three times as much rotundone as the most exposed, with implications for canopy management. 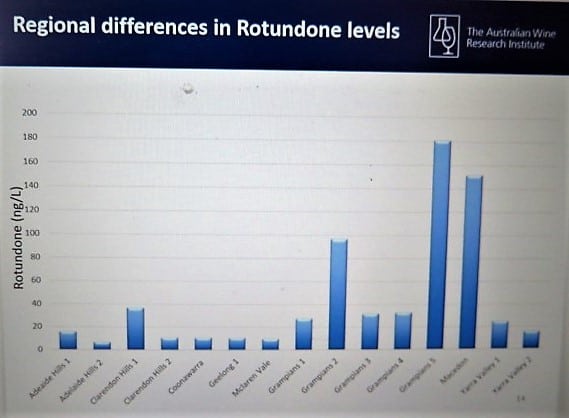 It explains why Shiraz from cooler climate regions with long hang times are peppery.  As for Mount Langi Ghiran’s particularly peppery style, within the Grampians region, the vineyards have an exceptionally cool location.  Compared with the regional MJT of 20.2 centigrade, Mount Langi Ghiran’s records show that the MJT is just 18.35 degrees centigrade – colder than Launceston in Tasmania!  How so? 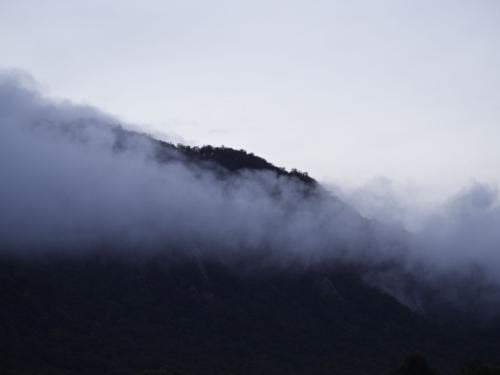 The answer lies in the natural air-conditioning which is a function of being situated between two mountain ranges – at the base of Mount Langi Ghiran with Mount Cole directly opposite. During the evenings, cold air tumbles down the mountains and flows through the valley, creating mists which, as you can see from the photos, cloak the vineyards.

This last week, I’ve shown the 2016 vintage in a line up of six benchmark Shirazes from a spread of Australian regions for Wine Australia‘s History & Evolution masterclasses in Amsterdam and Antwerp. The aim was to showcase the diversity of Australia’s most planted grape.  Sure enough, Shiraz from the cooler Canberra District and Grampians were more peppery. 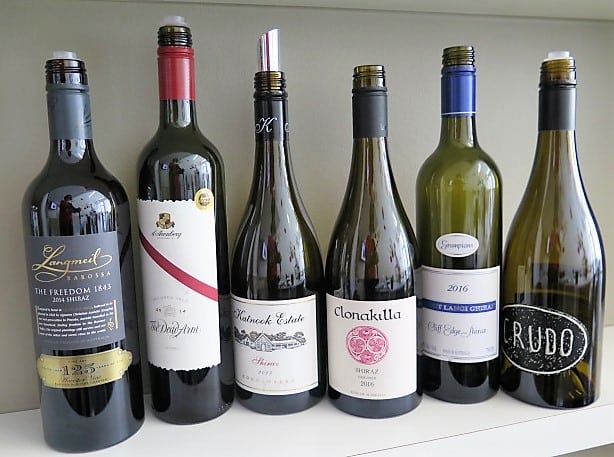 And it was also fascinating to see AWRI’s research borne out about the impact of vintage variation on rotundone levels.  At the tastings this week, I’ve shown Mount Langhi Ghiran Cliff Edge Shiraz 2016, which hails from the estate’s earliest vintage on record.  In consequence, it was noticeably less peppery and spicy than the  2012 (although bottle age might come into it too?)  Here are my notes on both vintages:

If you like, this is the ‘super second’ wine of the estate and a great buy. In 2016, particularly so, because no top tier Mount Langi Ghiran Shiraz was produced owing to devasting hail.  It left a paltry 23% of the crop in those parcels worst affected.  Cliff Edge 2016 has a lovely intensity and purity of slinky, mineral-sluiced red, black and blue berry fruits, with lifted florals and very fine, powdery tannins.  Lovely saturation of flavour.  With time in glass, the pepper emerges on the back palate – a lift in the tail.  A beautiful wine which, in this vintage underwent 15% whole bunch, 85% whole berry fermentation and was aged for 17 months in French oak barriques and 500l puncheons (10%), 40% new.   13.8%

In 2012, the Grampians enjoyed a long warm ripening season.  Pronounced spice and black pepper on the nose follows through in the mouth.  A sweet and fleshy plum and juicy blood plum palate shows terrific reverberation of pepper on a long, long finish.  Very much on song.  14.1% £14.17 in bond bottle price at BI Fine Wines & Spirits; 2014 vintage is £16.50/bottle (duty/vat paid) at Wine Direct

You can a read my recent review of top tier Mount Langi Ghiran Shiraz 2015 here – another beaut.