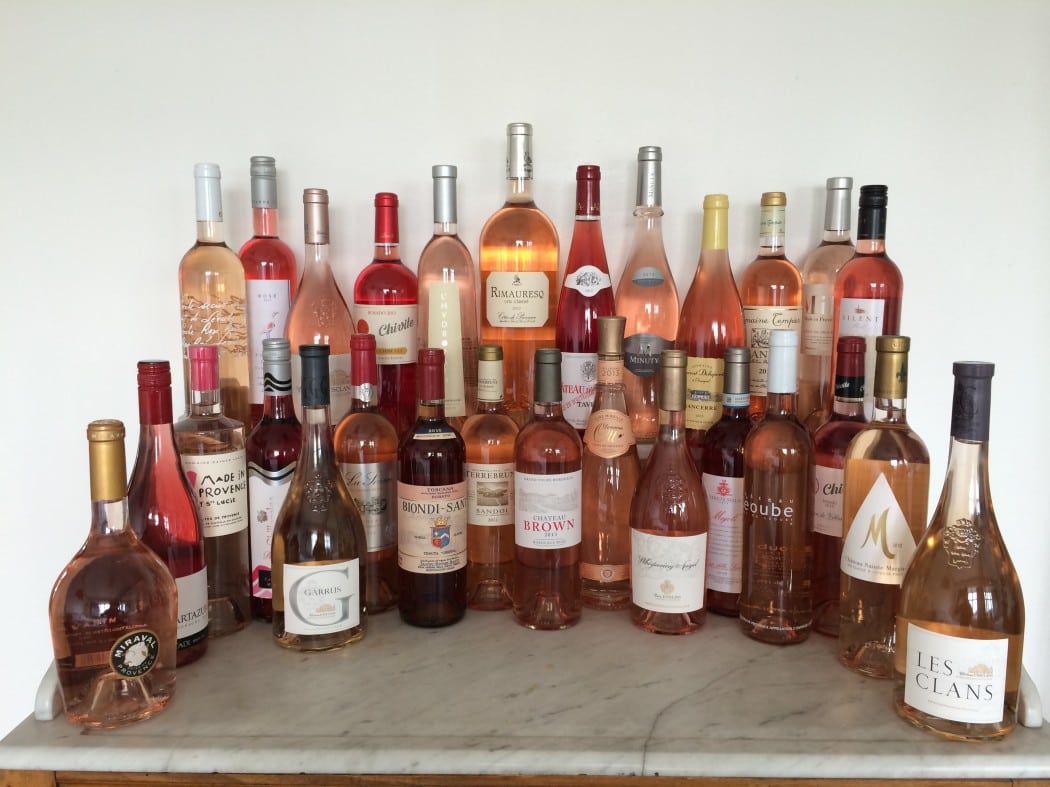 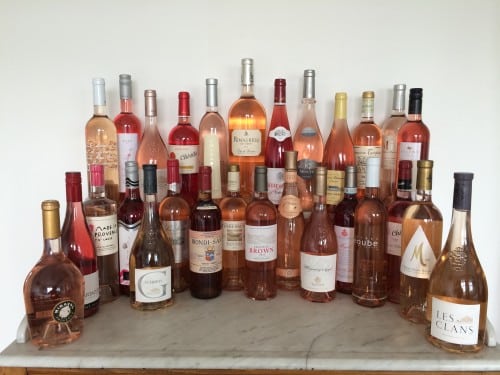 Should my finger be on the pulse of fashion I can assure you it is entirely accidental.  Take living in Hackney.  I just happened to have been here for 20 odd years!  As for wine, the rosé phenomenon rather passed me by. More often than not I’ll order a rosé by process of elimination, where neither whites nor reds pass muster. So I was intrigued to attend a blind tasting of top rosé wines from around the world last week. Hosted by Jean-Christophe Mau of Chateau Brown, Bordeaux I might add it was a very clever means of highlighting the release of his second Rosé cuvée and soliciting feedback from the trade about rosé styles!

Below you’ll find a report of the tasting penned by Mau’s consultant Richard Bampfield MW, followed by a list of the wines – none from Portugal, though I have suggested that, next time, Niepoort’s and Sogrape’s Casa Ferreirinha Vinha Grande Roses from the Douro and Colinas de São Lourenço Principal Rosé Tête de Cuvée 2010 from Bairrada warrant consideration.

As for my favourites, plainly Provence’s drier, savoury textural styles float my boat and I am not averse to oak provided that there is precision and freshness. Here they are:

The overall top-scoring wine – another Grenache, Syrah, Cinsault blend – came in joint second for me but, given its price point, I’d happily promote it to the top of the pile. Spicy and (white) peppery with a saline edge, good acidity and exotic appeal to boot (hints of orange peel/bergamot tea). Yum. £15.00, Justerini & Brooks. 18/20

I can understand why the oak would not appeal to some but this deep pink perfumed rosé, a blend of Cabernet Sauvignon, Merlot, Petit Verdot, had a brisk and bright concentration of blackcurrant fruit beneath. An attractive lick of woodspice brought lift to its precise, firm finish. Trés Bordeaux. £25.00, Hedonism. 18/20

Another famous Provence wine scoring well for me. Loved its dryiness, minerality and texture. One of the more individual rosés, it is a blend Cinsault, Grenache, Carignan, Mourvedre. £23.95 Lea & Sandeman 17/20

Though I also gave this Grenache, Rolle, Cinsault, Syrah, Tibouren blend 17 points I found it a touch confected and smooth (maybe my sixth sense picked up on the cheesy name?!?!!?) No denying its length and fruit though. £16.95 The Wine Library, Jeroboams 17/20

The wines were tasted blind and, before tasters were given the crib, they were asked to score each wine out of 20. 37 tasters submitted their scores.

Not surprisingly, different tasters rewarded different styles. Tasters were divided over the two Italian wines (Biondi-Santi and Sella Majoli), the Tavel (Chateau d’Aqueria), the Spanish (Chivite and Artadi) and the Bordeaux (Chateaux Brown and de Sours). Some of these were oaked and it was clear that not all were attracted by that aspect. Others had deeper colours and were more mature, which again were characteristics which did not please all. The English Rosé, from Albury, scored admirably well and the only wines that failed to win many admirers were those from Australia and New Zealand.

The results suggest the following:

That tasters are more drawn to Rosés that echo the characteristics of white wines rather than reds.

Pale colour is seen as a positive attribute. Deeper colours less so.

Freshness is key. The 2013 Provence wines fared better than those from 2012.

Tasters are looking for texture rather than weight.

The wines that fared best would probably be considered suitable to be consumed as both aperitifs and with food.