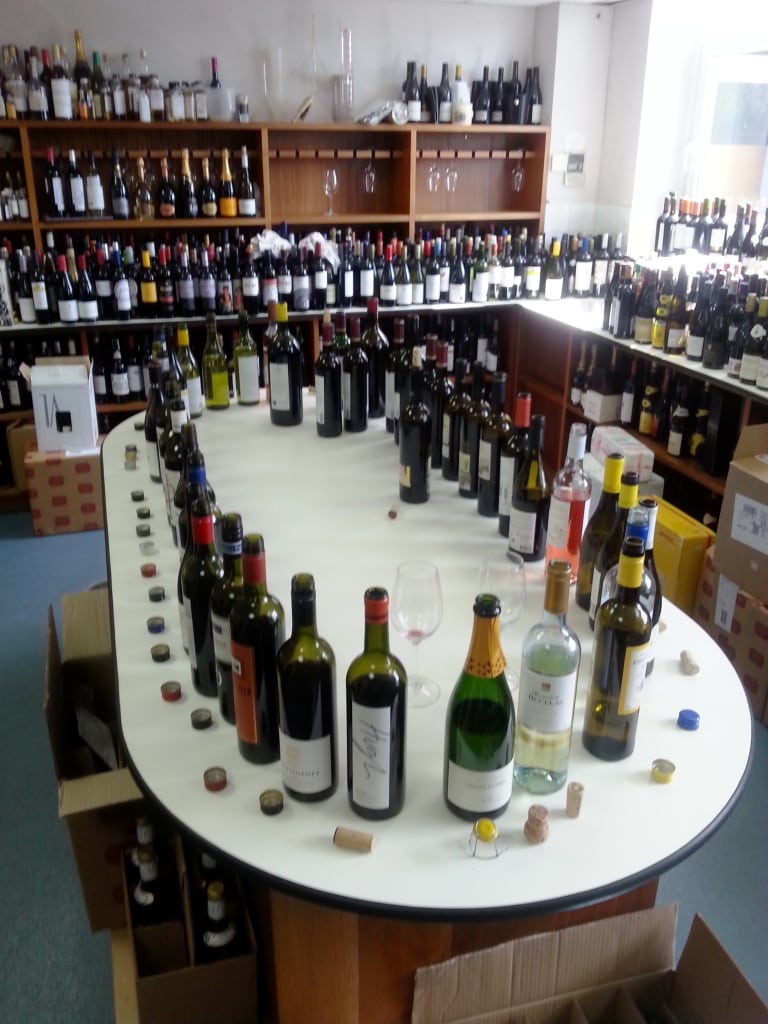 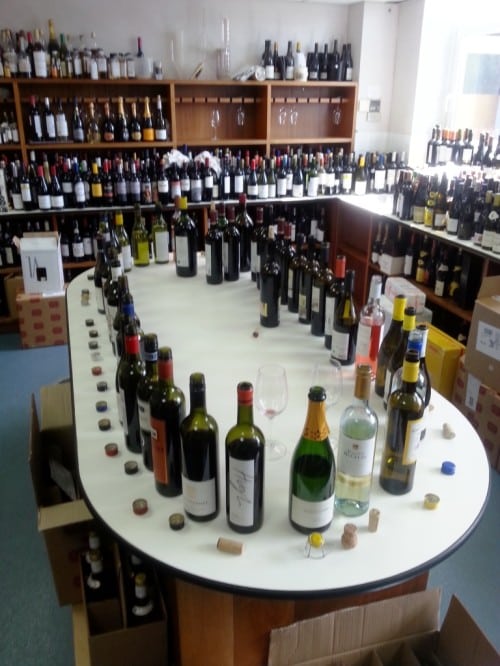 Last week I headed up to The Wine Society to check out their range of Australian and Portuguese wines.  Here are my picks of the Australian samples I was shown – there’s some remarkable good value here, especially the society’s own wines, including The Blind Spot range which is made by Mac Forbes on behalf of The Wine Society (these wines tasted in March).

Watch out for my picks of the Portuguese wines next week – for Baga fans there’s lots of excitement in store.

88 Growers is an exclusive Wine Society label from Peter Lehmann whose early-picked Margaret Semillon is perhaps the Barossa’s best example.  Well this is a chip off the old block in that it’s quite classic in style – dry and unoaked with a subtle glow of fruit – ripe lemon and grapefruit – and a mineral wash to its gentle finish.  An interesting unshouty Australian white at a price point these days more typical of pretty bland entry level fayre. 12%. £7.95 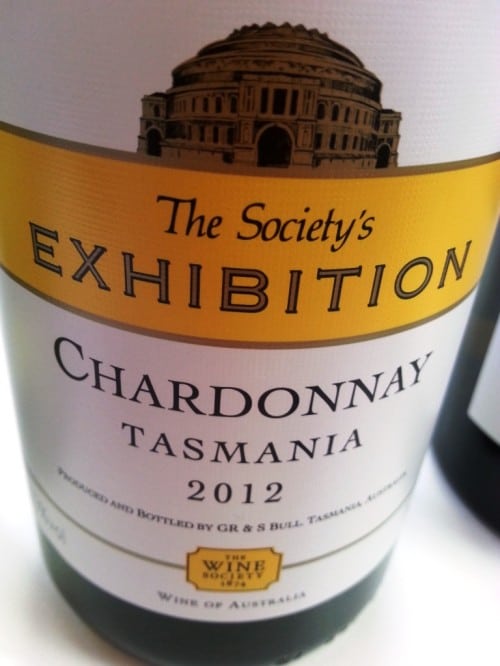 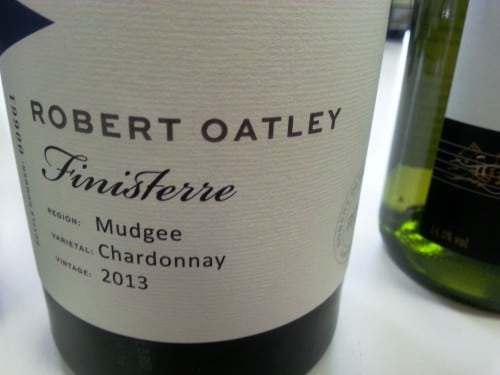 It’s good to see Mudgee represented over here.  I enjoyed the Mudgee wines which I was shown from this New South Wales region a few years ago though I was surprised they didn’t show me a Chardonnay.  Originally known as White Pinot, Chardonnay has been grown continuously in Mudgee for 150 years.   And in Robert Oatley it finds a maker who helped kick start the original 1980s Australian Chardonnay revolution at Rosemount.  Back then big, rich wine ruled the roost.  This wine is very much of the new breed, muscular but lithe with subtle, steely grapefruit and savoury, smoky oak which compliments this wine’s dusty minerality and brings precision and focus to a long, penetrating finish.  The price is tbc but reckon around £20 – very good value alongside comparable Burgundy.  12.5% 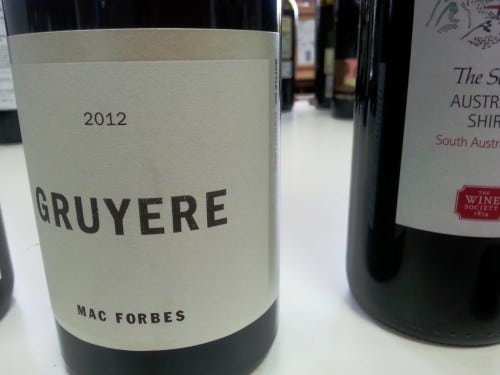 That this wine comes from the warmer lower Yarra Valley says something about the precision Mac Forbes brings to his wines.  It’s a tight Pinot Noir of latent sensuality with a firm acid backbone to its very well-focused and pure delivery crushed red and black currant and cherry fruit.  Fine but present tannins maintain the line.  A baby.  13% £26 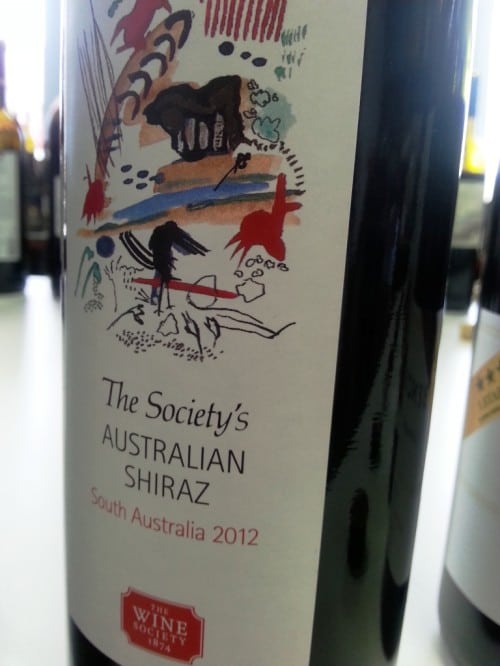 This delicious bright-fruited Shiraz is as vibrant as its label – very Ken Done.  I’m told that it’s made by Bleasdale and originates from the eponymous family’s Langhorne Creek vineyards.  A joyous, juicy palate of tangy yoghurty black berry, cherry and plum fruit makes a great case for jettisoning the oak and leaving the spice rack well alone.  Great value for money at £6.95.  13.5%

A fresh, firm black currant and berry fruited Shiraz with a hint of mint.  Oak is a gentle backdrop rather than to the fore.  Bleasdale’s range, including this wine, were a stand out at a Langhorne Creek masterclass I presented late last year.  This is another very nice buy.  14%, £9.95 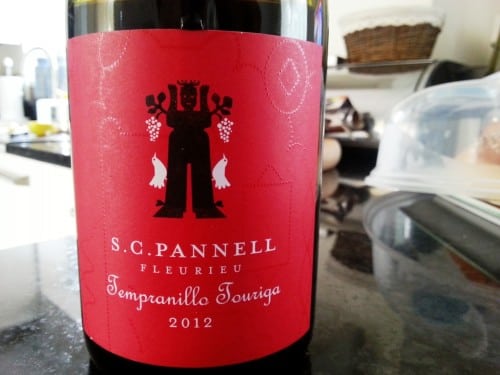 Deep purple hue with a floral, peppery edge to nose and its creamy yet juicy (creamed fruit, not creamy oak) palate of lively red and black fruits.  Edgy tannins lend a bit of grip and a spicy, savoury accent to the finish. Nicely done; very drinkable making it a great summer red.  14% £20

One of my favourites of the d’Arenberg range with lively berry fruits, good freshness,  depth and mineral, earthy resonance to its tangy red and black fruits.  The tannins are subtle and textured.  Well done with more than a little pedigree; a 1990 vintage tasted in 2010 looked superb – it ages most gracefully.  14.1%  £10.95 (2008 magnums are also available – perfect for a BBQ get together) 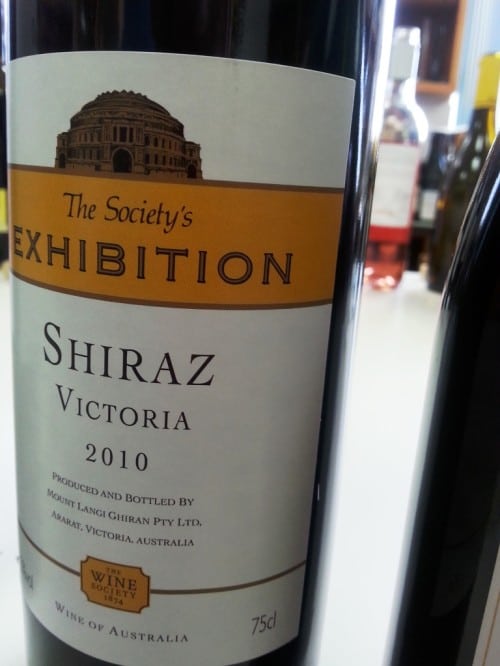 2012 and 2010 produced some fantastic wines and, for me, 2010s just seem to be particularly fine, like this wine which is made for the society by Mount Langi Ghiran.  I’d visited with the then winemaker Dan Buckle that year and this Pinot Noir lover was employing Burgundian techniques to great effect with Shiraz.  This wine underwent whole-bunch maceration which enhances the estate’s renowned peppery fruit bringing wonderful lift and liveliness to its ultra-juicy, persistent palate of fleshy plum and blood plum fruit.  Ripe but present, gently textured tannins also make this a wine to savour.  Outstanding.  13.5% £17.50

Great Southern pioneer Plantagenet turned 40 years old last year and the fruit for this wine comes from one of the region’s oldest vineyards.  I’m looking forward to visiting in August having last been in 2007.  Richer and gamier than The Society’s Exhibition Victoria Shiraz with greater sucrosity of fruit and (well-integrated) oak, this is another animal altogether, indeed quite bloody/savoury, but with plenty of perky black berry and cherry fruit to its fleshy core.  Long and persistent.  Very good.  13% £25. 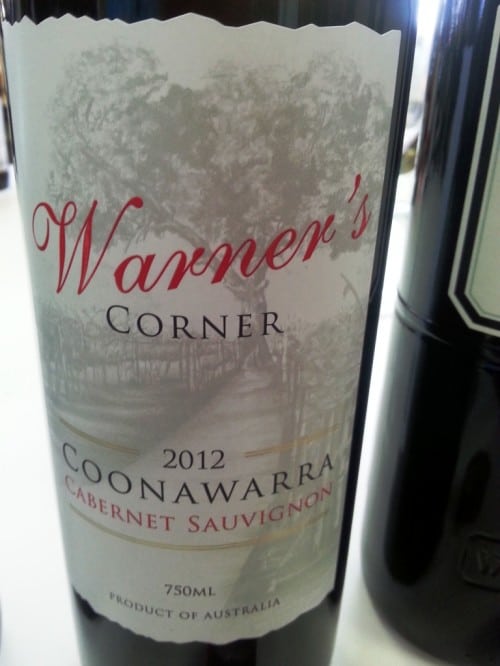 A real head-scratcher.  How can this be so cheap!?!?  Made by Leconfield it ticks all the Coonawarra boxes with its fine tannins and defined, slightly leafy, earthy, inky blackcurrant fruit.  Okay so mint didn’t crop up but what more do you want at £8.50? 13.5%

The big brother of Warner’s Corner is a well-structured wine, tight, inky, firm and juicy, quite austere even, but with an incipient note of the boot polish to its blackcurrant which I’ve found in older vintages of this wine.  With fine tannins, it’s a classy, poised, terroir-driven Cabernet.  14% £14.95

Though the nose is tight and it’s distinctly medium-bodied, Hugh is quite supple on the palate with subtle vanillin oak and chocolate-laced black, blue berry and plum fruit.  A persistent thread of acidity teases out a lingering, perfumed finish.  Quite sensual.  12.5% £32

In terms of flavour profile this ticks all the Clare Valley Riesling boxes with its zesty lemon and lime fruit, juicy acidity and floral musky lift. In line with its price point, it is an expressive, upfront, approachable style with medium length – a very nice buy at £7.25 and my pick of The Blind Spot white (still) range.

As you’d expect given Yarra dweller Mac Forbe’s involvement, this is a round but restrained applely, lemony Chardonnay, unpushed by oak or acid addition, it rolls gently along. Would appeal to a Macon lover. 13% £8.50

From top to long tail, this is a dangerously drinkable, thoroughly delicious traditional method fizz, a blend of all three Champagne varieties – Pinot Noir, Pinot Meunier and Chardonnay. A creamy, persistent mousse buoys up a biscuit-edged melange of fruit – juicy apples, tighter grapefruit even a hint of strawberry ice-cream. Long with a lip-smacking finish. Very good indeed. 12.5% £13.95

My pick of the Blind Spot reds and the cheapest! A sweet fruited creamy red cherry and berry nose and palate. Just a hint of confectionary is more than balanced out by this very appealing wine’s spicy liquorice/black pepper notes and its attractively rustic Mataro tannins. Good freshness on the finish too. Lovely drinking now, either on its own for with a bite to eat. 14% £7.50

Although Shiraz is the lead partner the Cabernet informs both colour and structure. This wine is significantly deeper in hue than the other reds and more precisely structured and persistent (with a distinct blackcurranty note to the finish). That said the Grampians’ Shiraz kicks firmly into gear going through the middle palate, revealing its trademark lift of black and white pepper spice and sweet fleshy plum fruit. Longer but perhaps not as seamless as the Grenache-Shiraz-Mataro, which is why the latter is my pick of the bunch. But this is a very attractive mid-weight and restrained Aussie red for the money, by which I mean the fruit isn’t firmly in the driving seat. £7.95 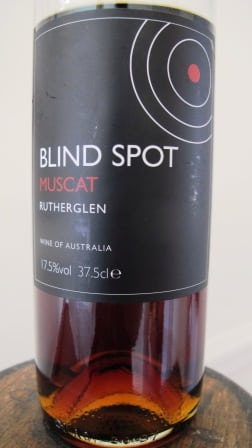 I spent a week in Rutherglen last September, judging at the wine show and getting better acquainted with, in particular, the region’s fortified wines. The Muscats and Topaques are fabulous. And I can report that Blind Spot is a beaut with a flamboyant nose of caramel, dates, orange blossom and milk chocolate orange, which notes follow through on a silky palate. Lovely balance, length and depth. A long datey finish is layered with mocha, maple syrup and macaroon notes. Divine! Price £7.95 (half bottle).