The Barossa: in search of pinosity

Casting an eye over the Barossa

Following on from last week’s pictorial report on my McLaren Vale pinosity adventures, here’s some pics with my Barossa picks.  Once again, a wealth of aged Rhone vines, especially Grenache and Shiraz, but also Mourvedre, Carignan, Cinsault offer great intensity of flavour with luminosity and lift if handled sensitively (and invariably picked earlier than the norm). 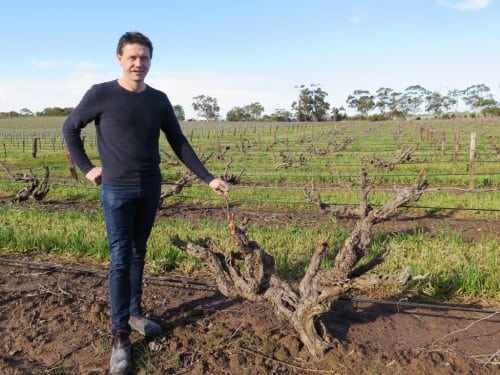 It all started here, in this old vine Grenache vineyard which, at 85 years old, was about to pulled out.  Kym Teusner and Mick Page paid four times what the grower had previously been paid.  The outcome, Teusner Wines un-oaked Joshua GSM – quite possibly my favourite wine in the range.

Spinifex’s Peter Schell took my brief super-seriously and produced a sample Pinot Noir!  He explained probably planted for sparkling base (Chateau Tanunda fielded a lighter style of Barossa red – a Pinot Noir blend – at the generic Barossa tasting too).  But its his focus on Rhone blends which really excites.  Uncommon lift, line and spice. 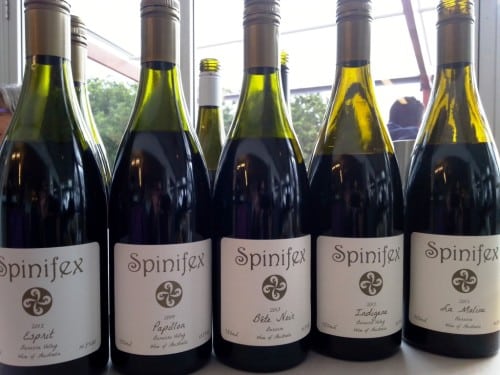 Two Hands forged their reputation making full-bodied, pretty bold Shiraz. This recent addition to the portfolio – the single site Twelftree label – is all about “paring back” and “edgier, less fruit-focused” reds made from the gamut of Rhone varieties.  For winemaker Ben Perkins, it’s had an inpact on the Two Hands’ style too. 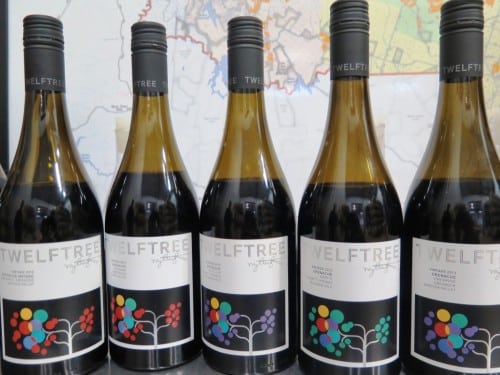 Grant Burge’s Chief Winemaker Craig Stansborough (pictured right) & business partner Mark Slade (pictured left) have settled on southern Barossa fruit, whole bunch and a bit of carbonic maceration for Purple Hands because, says Stansborough, “we’re trying to get a lightness in the wine.”   Pictured here with old vines, but Stansborough has also planted a new vineyard next door to his Williamstown home. Architecture graduate Sami-Odi’s Fraser McKinley’s bottles may look rather different, as is the grape variety (Shiraz) 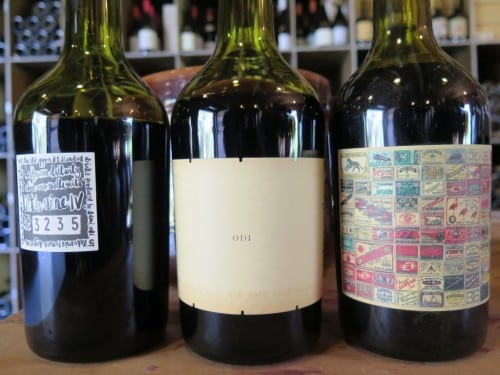 But the inspiration lining the wall behind McKinley’s tasting bench is plain to see! 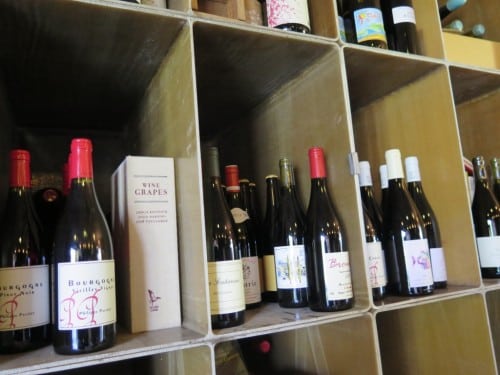 Based in Vine Vale Rusden’s Christian Canute likes the deep sand here “because the wines are light on their feet.” 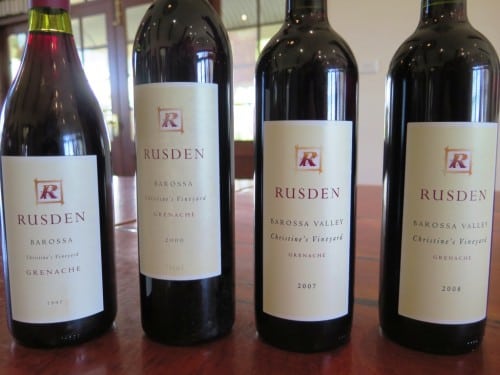 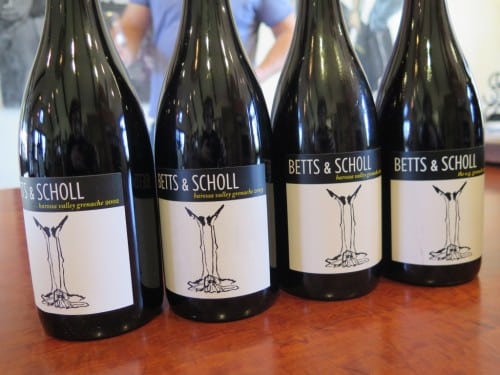 The bad news is that Betts and Scholl Vine Vale Grenache is no more. 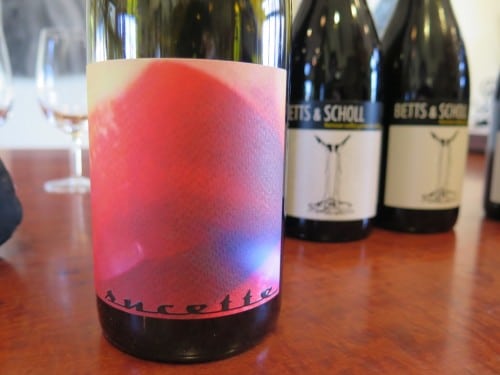 The good news is that Richard Betts M.S. still loves Barossa Grenache, particularly from Vinevale, so he and  partner Carla Rzeszewski now make Sucette Grenache in the same style.

Ruggabellus’ Abel Gibson picked me up from Rusden.  There wasn’t much pizza left (the cellar door has a handy wood fire oven and Canute (pictured left) has some pretty handy pizza chef daughters!), but who could resist the lure of so many vintages of Vine Vale Grenache (Gibson pictured right). 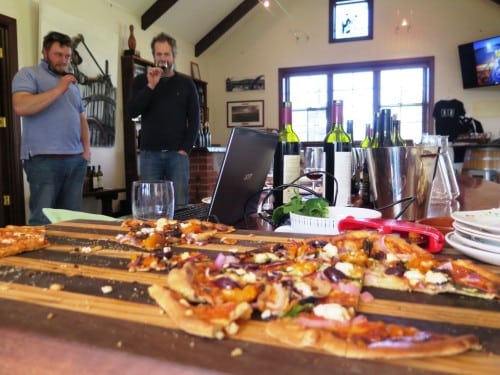 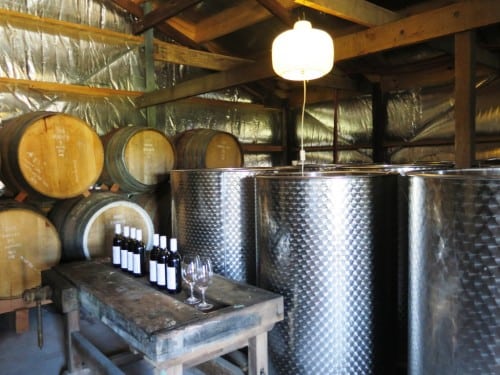 As ever, James March of the Barossa Grape & Wine Association arranged an impeccably organised tasting for me in the old cow shed at Hentley Farm.  Much more aesthetic  and definitely much better smells than you might think! I have made a mental note to return to eat there based just on the sour dough and olive oil, all made/grown there -it’s one of the Barossa’s hottest dining spots, so much so that work was underway to build a new dining area looking out onto the farm. 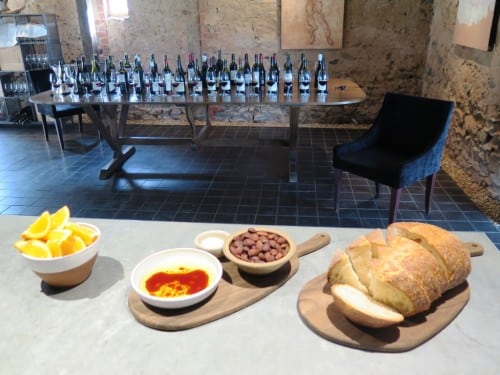 Here are some of my top drops. 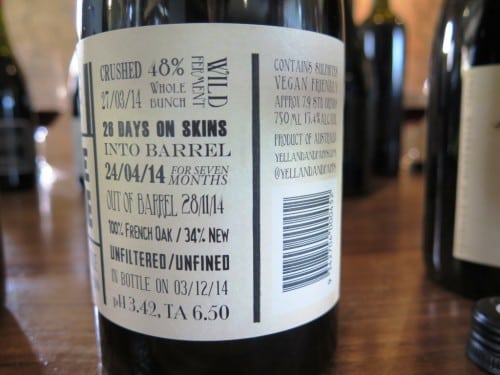 Second take: back label with the low down on wine-making 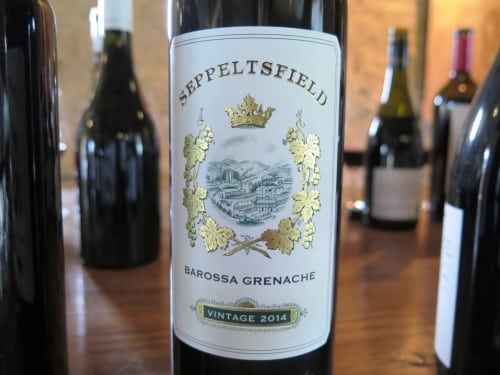 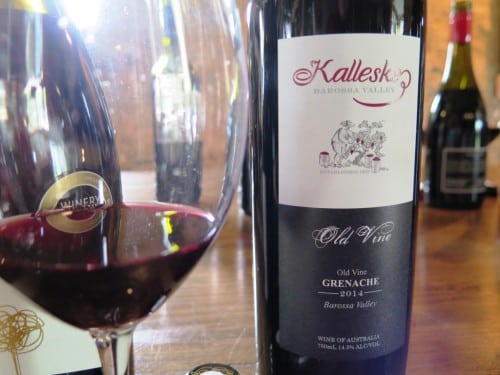 1 of 2 from biodynamic producer, Kalleske 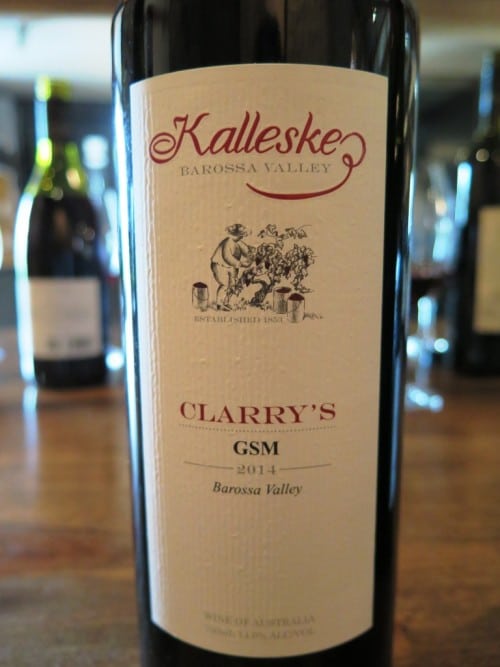 And here’s another cracker 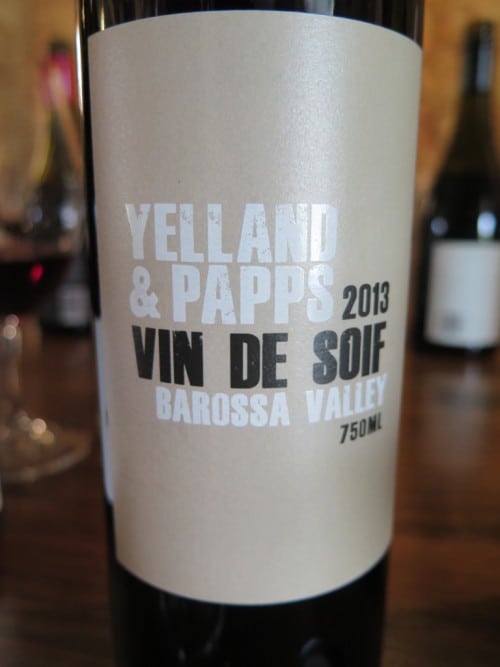 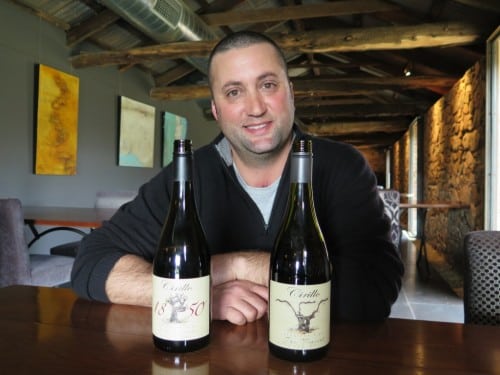 Marco Cirillo with his two Grenache:  fabulous fruit centre, purity and balance; a 2009 tasted at Fermentasian also fabulous, as was the food & wine list at this famous Barossa restaurant