A round up of great Australian Grenache & Grenache blends 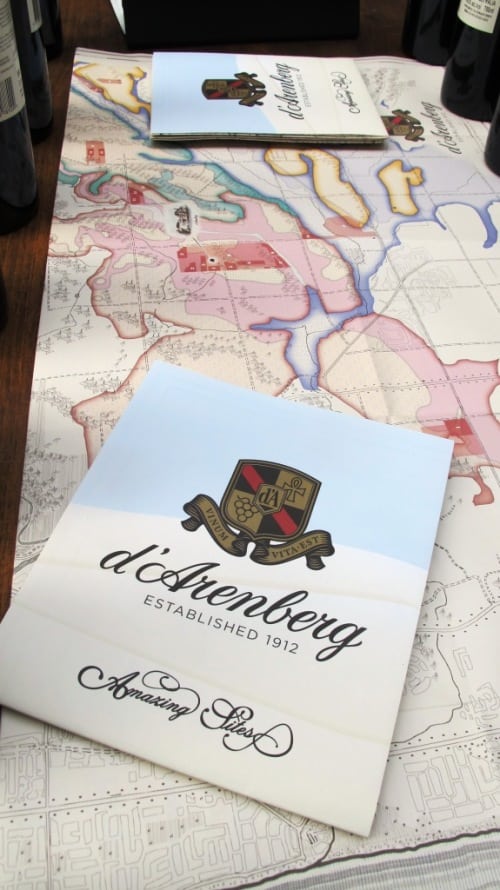 Mapping out the great Grenache sites is paying off

Once upon a time Australian Grenache seemed better suited to sweet shops than wine shops with its boiled sweet reds and pinker than pink rosés.  Greater restraint with (sweetening) oak, a warm climate Pinot Noir take on the variety and a focus on top notch sites/old vines has, however, paid dividends.   Here’s the low down on some terrific examples of distinctly dry Grenache/Grenache blends which have recently come my way.  Some savoury, others more lifted. Both with great appeal.  My favourite?  Kilkanoon The Duke 2009.

I was particularly impressed with Kilikanoon’s complex, reassuringly dry Grenache duo and GSM blend which I had the opportunity to sit with over dinner, hence the longer notes. From two 60 year old Watervale Grenache vineyards Prodigal retains a youthful bright hue and perfumed nose of turkish delight.  Creamy, caressing even of mouthfeel, layers of sweet spice (vanilla, cinnamon and sandalwood) and dried lavender infused pomegranate, plum, red berry and cherry fruit flavours are sustained over a long palate by a persistent thread of mineral acidity and subtle pull of sandpaper fine tannins.  Very good indeed.  With time in glass it’s the minerality, not the fruit, which becomes more pronounced.  £22.99 at Noel Young.

Made only in exceptional years, this single vineyard Grenache from a vineyard planted in 1932 blew me away.  It’s a beautifully crafted wine, more structured – firmer and tighter  – than the Prodigal, yet smooth and sensual enough to pair surprisingly well with Scallops with Thai Spice (making the lemongrass sing).    Its great depth of hue is echoed by a great depth of palate.  Slowly but surely it unravels, its trajectory in reverse to the Prodigal. First come more inwardly focused earth and mineral layers, then deep-seated dried herbs and spices before it unfurls its bitter chocolate-edged soft but very concentrated Campari centre. A resonating finish is very long, involving and complex.  Outstanding.  £38.10 at Noel Young.

I loved the 2012 vintage and the 2013 doesn’t disappoint, though I’d say with greater emphasis on spice, it’s less opulent in profile.  Softly, roundly red-fruited but with a backbone of cusp of ripeness delicately spicy tannins, this very pale wine sustains a long, intense finish.  £26.75 at Wine Direct

An expressive white peppery nose reflects this cool vintage. as does its lissom palate of fresh red currant and cherry.  Orange and fennel notes add to its levity.  Relatively light of body compared to other vintages, but no shortage of interest.  £13.99 at Majestic (buy 2, 25% off when you buy 6+ bottles)

Three “Amazing Sites” single vineyard Grenache were made in 2010.  From the coolest part of the region with an altitude of 200m on ancient (34-56 million year old) Maslin Sands, this has a great purity of sweet red fruits and, as it opens up in the glass, opulent turkish delight and damask rose notes.  Juicy acidity and ripe but present tannins give balance, line and length.  Very good.

Where The Blewitt Springs Grenache is perfumed, succulent and bright fruited, this Grenache from a lower site (120m) on a 34-56 million year old geology of Blanche Point Formation with a Tortachilla limestone base (!) is very earthy, mineral and complex with firm damson fruit to its long, tapering finish.  Very good.  £38 at The Wine Society

From a younger geology (100,000-2.6 million years old) of sand on clay stylistically this sits somewhere between the Blewitt Springs and The Beautiful View Grenache.  It has the floral lift and sweet fleshy fruit of the former but a firmer, drier finish with savoury, textured tannins.

Up until 2005, fruit from this vineyard was blended away into Yalumba’s Hand Picked range.  Much better that it goes into a single vineyard wine with its own moniker as befits a vineyard whose oldest vines date back to 1889.  As they say you are old as you feel and this Grenache is youthfully effusive on the nose – very perfumed with its musky, rose turkish delight nose.  In the mouth it’s less flamboyant – the sweetness of its perfume less pronounced, its savoury backdrop of earth and mushroom more evident.  An arc of silky, ever so slightly viscous sweet red and sour cherry fruit takes centre-stage animating the whole; the tannins are lithe and long.  Quite Pinot-esque in flavour profile if not structure.  Very good.   I couldn’t find a stockist for this but Yalumba’s Old Bush Vine Grenache 2013 is widely available and, with succulent red, round fruit, floral and savoury notes offers a benchmark example for a little over £10.

I always think that this wine is one of the great buys from d’Arenberg’s range.  Always very complete, which probably explains why it’s so ageworthy, it reveals succulent plum, juicy blackberry, earth, dried herbs and savoury leather nuances.

With 15% whole bunch ferment and ageing in old oak this is a nuanced 60% Grenache,  30% Shiraz,  10% Mourvedre blend with dried rose petal and white pepper spice notes to its fleshy plum fruit.   A juicy, very drinkable, round, supple wine.

And if you’re a Grenache-lover or convert, check out my earlier post about Elderton.  Their newly launched Western Ridge 2012 Grenache with a dash of Carignan also blew me away.