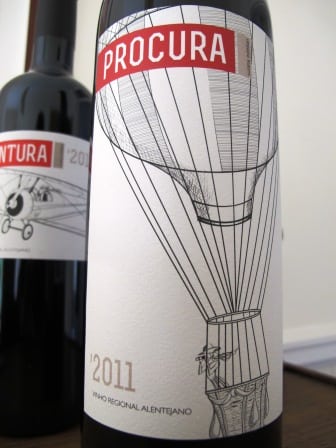 My 2013 Top Twelve Red Wines of the Year

Replacing the usual Wines of the Month spot with a (three blog) focus on my Wines of the Year involved a serious (and rather pleasurable) long afternoon’s reflection.

It has been a devil of a job to whittle down the resulting 62 pages of cut and pasted tasting notes to my Top Twelve (originally Ten!) Whites, Reds & Fortifieds.

Here are those red wines from said compendium which remained most vividly etched on mind and palate.

Quinta do Crasto, Maria Teresa in the shade

Maria Teresa, a single (4ha) parcel selection from Quinta do Crasto’s oldest (centenarian) vines, has been subjected to uncommon scrutiny lately.  A genetic map revealed that it has at least 47 different varieties (watch out Heinz!), six of which are white, three rosé.  For the first time in 2011, as a result of this heightened consciousness around varieties (also those periods during which the east-facing vineyard is shaded), Maria Teresa’s grapes were harvested no less than four times over three weeks.  “We wanted to know the vineyard like the back of our own hands,” said Miguel Roquette, “and to pick at optimal maturity.” A phrase which strikes fear into my heart for, in my experience, it can mean too darned ripe!  But not so here.  Maria Teresa 2011 has an effortless balance.  Yes, in this powerful vintage, its black berry, cherry, currant and plum fruit is undeniably concentrated.  But it’s perfectly exquisite of delivery – sublime even.  Of such fluidity, perfume and sheer vital energy that it seemingly explodes – aromatises – directly on the back palate, creating an impression of (reverberating) intensity, not density.  An impression reinforced by its ultra-fine sheen tannins.  With its long, bergamot and gum cistus nuanced gravelly, mineral finish, first impressions (its burnish of Rioja-esque oak, optimal maturity) are perfectly misleading.  A fabulous, terroir-fuelled wine.

In 2004 two one off single parcel wines were made at Quinta da Leda (the principal source of Barca Velha, which was also made in this excellent vintage). I’m told Quinta do Pombal was the more powerful of the two, while Vinha da Ribeira the more elegant and harmonious.  Vinha da Ribeira is indeed unusually, exceptionally fine for the Douro (especially back in 2004, when oak and extraction was a little more gung ho) – pale garnet like a Burgundy, with great acidity too.  An expressive, lifted nose reveals incense spice, a hint of camphor and sweet plum and red berry notes, which follow through on a very fresh, elegant, juicily persistent palate, with fine, silky tannins and great line.  A lovely, unshowy style with subtle hints of this vineyard’s oyster shell/iodine minerality to its lingering finish.

This, a first for the winemaker (Pato did not embark on winemaking full time until 1985), flies against just about every innovation the Baga master was subsequently to introduce. For starters, Pato did no green or precision harvesting to lighten the vine’s load and help the fruit ripen earlier in the season (before the break in the weather). And with a lack of labour to pick the grapes, this wine came in late – at 16 degrees potential alcohol by volume no less! So the cellar snake came into play (it was watered down). Nor was it de-stemmed or aged in oak barrels to mellow its tannins. This wine was whole bunch fermented and aged in cement tanks (though Pato did use pump overs – an innovative technique back then). The colour of this wine is quite incredible – dark and luxurious – the colour of black plums. In the mouth, it’s really plummy too – confit of plum with dried spices, a woody (not unattractive) firmess (grape tannins?) and a touch of ripe tarriness. As it opens up, the sweetness of the fruit – ripe raspberries and plums – becomes more pronounced and it unravels layers of dark chocolate, cassia bark, orange peel and oyster shell (as if returning to its chalky soils). The tannins become suppler – seamlessly supportive. I’m bowled over by how well this 33 year old wine not only holds it shape in the mouth, but also continues to build in flavour. No sign of drying out whatsover; still supremely well balanced. It’s a treasure.

Another first. Dirk Niepoort has had a long love affair with Bairrada’s Baga grape which, in December last year, culminated in Niepoort’s purchase of Quinta de Baixo. Telling me he “loved the elegance and ‘lightness’ of Dores Simoes” (the 1995 Garrafeira reviewed here), his reference points for this wine are “all the great old Bairradas” hardly any of which, he says, have more than 13.5 abv and lots of which have just over 12% abv. Suffice to say this intense yet elegant Baga weighs in at a bantam 12.5% and, like the Dores Simoes Garrafeira 95, its uncommonly sweet incense spice perfume soars heavenwards from the glass. While the nose seduces and, with its lift of spice and pine forest floor, the palate is long and lingering (well into day 3), there’s no attempt to oak- smooch its vibrant yet finely etched red currant and wild berry fruit. Which lays bare its fine flavour-anchoring web of suede-like fruit tannins and undertow of gravelly, mineral acidity. A terrific back to the future debut.

There’s a pattern emerging here. This blend of Estremoz and old field blend Portalegre fruit is also a maiden release!?! The Estremoz component, teinturer Alicante Bouschet, is sourced from a very low yielding vineyard on schistous soils. It lends a deep yet bright (crimson) hue to this youthful wine. It shows sweet but classy vanillin oak (think vanilla sugar), incipient (cured) leather, black berry and cassis fruit on the nose (it is aged for 14 months in French oak barrels, 30% of them new and 70% second year).  In the mouth, though the oak is initially quite present, behind that the fruit has a raw yet finely polished intensity – a dryness too which I really like.  And it (the fruit) builds in the mouth, swiftly asserting itself.  This is a wonderfully penetrating, palate-staining wine, really intense and complex, with a pronounced schistous, smoky minerality on the back palate and long, sinewy tannins.  The finish is extremely long – a terrific synthesis of polished, dark fruit and gravelly minerals.  Great ageing potential. Just 3,900 bottles produced.  Outstanding.

The second cool climate Shiraz to rock the Royal Melbourne Show when it scooped the Jimmy Watson Trophy for best young red wine (clickhere for details of the first) and what can I say, it rocks, which is not a word I use often.  And this from a highly challenging, wet vintage.  Knock out aromatics (white pepper, cracked black pepper) assail the nose and long, lingering, sweet but succulent blood-plum palate.  A ringing finish steals over the tongue and back and forth or so it seems.  Ring-a ding-ding – an uber-drinkable, finely honed, wonderfully intense Shiraz.

Cathedral spices – arcs of incense and five spice – infuse this bright and beautiful wine’s plum, red cherry and berry fruit.  Teased out by spice and a fine spine of tannin, this is long and ultra-persistent with a mineral undertow of acidity. Dare I say it, haunting, staying with you long after the swallow, for this is not a wine to spit!

Cabernet Sauvignon (51%) just pips Shiraz to the post in this palate-staining vintage.  My standout wine of Penfolds Luxury Release tasting Bin 389 has no shortage of swagger or sensuality, with milk chocolate/vanilla and minty lift to the nose and terrific hip-sway momentum to its concentrated palate of dense but animated dark berry and plum fruit.  A profound wine, which builds in the mouth, helped not hindered by a goassmer-fine charge of tannins.  And so well balanced that, though it will age for decades, it’s really quite broachable now.

Wynns are blessed with the most extensive vineyard holdings in Coonawarra. An advantage which Chief Winemaker Sue Hodder and Chief Viticulturist Allen Jenkins have deployed to great effect, whether in this flagship blend of different vineyards or, latterly, a raft of single vineyard wines the product of a painstaking vineyard renovation. I shall be writing up the single vineyard releases but, to quote Aristotle (as I am wont to do!), at least in this vintage, the John Riddoch is proof positive that the whole is greater than the sum of its parts. It’s a beautiful colour, deep but bright crimson. The nose intensely perfumed, with cedar, dried roses and violets which follow through on the firm, tight, mineral-sluiced cassis and juicy plum palate – just lovely saturation of fruit and minerals here. With marked floral lift, the finish is very long and persistent with terrific poise thanks to its seamless swathe of supporting, fine-grained tannins. Outstandingly refined. Power with grace.

Great depth of colour compared with two younger museum releases I tasted alongside it (on the occasion of Hardy’s 160th anniversary) gives the Cabernet away (and the greatness of this wine).  It reveals a gamey, sweet, kid glove leather Rioja-like perfume with liquorice on a thoroughly enticing nose.  In the mouth, initially it’s surprisingly chunky – all bluff and bluster with pronounced blackstrap liquorice.  But as this fades, it builds purposefully in the glass to reveal a second wind of juicy, wonderfully vinous mulberry and cassis, then a third wind of dried roses and cedar.  Haunting as they say.  A great privilege to taste this.  What a wine! Wow… [now speechless]. In fact so completely bowled over by this wine was I that had to look up its maker, Roger Warren.  I’m quoting from Andrew Caillard MW’s insightful piece about Australia’s legendary wines and winemakers on the Langton’s website here: “Roger Warren (1905-1960) is regarded as one of Australia’s most important winemakers during the 1950s. He is always mentioned along with Maurice O’Shea, Colin Preece and Max Schubert as pivotal figures of the modern Australia wine industry…. it is probably the small Private Bin wines that truly encapsulate his greatness. This micro-production wines were generally Claret style wines based significantly on Cabernet Sauvignon from a “small central strip of vines running down the hollow which creases lower Tintara.” The vineyard was planted by Dr. Alexander Kelly at his property “Tintinara” – later shortened to Tintara in 1861. These wines were often blended with some other material usually from the Purbrick family at Chateau Tahbilk or Bill Redman in Coonawarra.”

I was bowled over by this, my pick of the Cape reds at Berry Bros & Rudd’s tasting (reported here). It’s a really confident, precise wine, with terrific (fresh) fruit and (fine but firm powdery tannin) drive; a pronounced slate minerality too. Violets as it opens up. Much to mine here – iron fist in (slightly) chainmail glove for now! A really exciting wine, seemingly denser and firmer than the Granite. I’d most definitely give this one a couple of years plus before broaching.