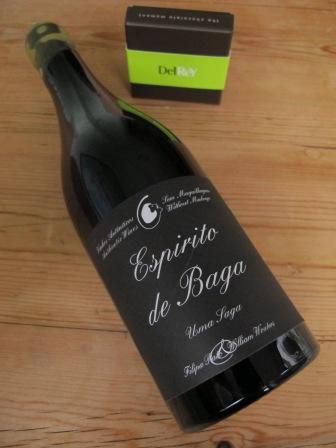 My 2013 Top Twelve Fortified Wines of the Year

Replacing the usual Wines of the Month spot with a (three blog) focus on my Wines of the Year involved a serious (and rather pleasurable) long afternoon’s reflection.

It has been a devil of a job to whittle down the resulting 62 pages of cut and pasted tasting notes to my Top Twelve (originally Ten!) Whites, Reds & Fortifieds. Especially for fortifieds given the release of the outstanding 2011 Vintage Ports, plus my week in Rutherglen – the epicentre of Australian fortified wine.

Here are those fortified wines from said compendium which most vividly lingered on the mind and palate.

A reddish mahogany hue with a saffron rim. The nose is a feast in itself. Loaded with nutty rancio-edged malt, mocha and medjool dates, it’s a wonder it has such glorious, expressive lift! And the palate lives up to its sumptuous billing, with lots of mouthfeel and great fruit depth – mostly medjool – the richenss, with animated orange peel – the spice – and a dash of buttered apples – the pace. With its rich, woody timbre, the finish shows off this non-vintage blend’s older components to great effect, whilst maintaining line, length and (most impressively) terrific balance.

One of the barrel cellars at Morris

Oooph, I found it hard to choose between the Grand’s big warm hug and this exceptionally luscious Rare. I plumped (literally!) for the Rare because I think it’s such a perfect illustration of what David Morris seeks in a great Muscat – “aromatic lift regardless of age and rich line of muscat flavor.” Sure enough it’s dark spices – black cardamon and clove, together with a hint of Camp coffee – tease the nose and (back) palate, bringing savoury dryness as well as lift and balance to an otherwise unctuously sweet and malty palate with tremendously datey, raisiny depth (you could almost cut it like a Christmas-cake) with no loss of line.

The Merchant Prince is Campbells’ flagship Muscat. Rare is the ultimate style of Rutherglen Muscat and, given Rutherglen Muscat’s reputation for richness, this non-vintage blend is made from the ripest, most luscious fruit, which has been wood-aged in a “modified solera.” The oldest component of the blend is well over 60 years old. As much is apparent from its deep brown hue, olive rim and saffron-coated swirl, not to mention its intense concentration of dates and raisin fruit – as opulent and unctuous a mouthfeel as I’ve experienced, yet not without balance. Complexing rancio notes of black bonfire toffee and nutty, vanilla bourbon spice bring depth and nuance – a woody timbre – to a monumentally munificent finish which lingers for minutes. A very worthy winner of wine of the show at last month’s The Australian Fortified Wine Show. The Nacional, harvested on the 10th October, hails from a small area at the heart of the Quinta do Noval vineyard which is planted with ungrafted vines (including Touriga Nacional, Touriga Franca, Tinta Roriz, Tinto Cão, Sousão and Mourisco Tinto) and untouched by phylloxera. As Noval put it “Nacional refers to the fact that the vines are Portuguese vines growing in Portuguese soil with no foreign root stock, and are therefore ‘attached to the soil of the Nation’” and my oh my, how it shows in this super-intense, savoury, sinewy wine. It is a dense black hue – really opaque. Where the Noval is mercurial, the weightier Nacional exudes authority. Almost impenetrable on the nose, it implodes in the mouth, pulling you along with its rip tide of dark glistening fruit, minerals and spice. With a firm, sinewy anchor of tannins this drier, cooler, very characterful customer is in no hurry. Magnificent with decades ahead of it (Noval reckon best 5-50 years after bottling, compared with 4-40 years for the straight Quinta do Noval). 19% abv. Vintage report here.

Very inky.  A gorgeous nose, brimming with flowers and fruit spills over into the mouth which reveals layer upon lingering layer of juicy crushed black and red berry and cherry fruit, orange blossom, rock rose, black pepper and liquorice.  Heady yes and yet it has a cool minerality and freshness about it too, a focus, which is intensified by its impressive charge of ripe, fine grained tannins.  Expansive and yet linear it both saturates and stains the palate.  Outstanding.  6,000 cases. Vintage report here.

From c. 30 year old block planted vines at Quinta do Vau and Quinta do Seixo (Cima Corgo) this blend comprises 40% Touriga Franca (according to Sottomayer, “the strongest, most structured variety”), 40% Touriga Nacional (“elegance and harmony”), 10% Tinta Roriz, 5% Tinta Cão (“for good acidity”) and 5% Sousão (“to increase colour”).  It is a marvellously mineral Port with deep, dark reserves of inky fruit well supported by a charge of sootily fine, schistous tannins.  A tightly focused laser beam of blackcurrant and glossier cassis fruit is laced with notes of liquorice and cedar and, as it opens up in the glass, tremendous lift of eucalypt and violets.  With terrific acid and tannin structure, this long, persistent, imposing wine is built for the long haul. Outstanding.  21% abv, 106g/l residual sugar. Vintage report here.

Despite being aged for 73 years in a 580l oak barrel, this is a youthful, perfectly mellifluous Colheita with a vanilla (sweet bourbon, milk chocolate) and honey “edged” dried fig and date palate.  Lovely depth to its hazelnut brittle torrefaction too, its sweetness ever so deftly balanced by more savoury café crème, spicy chutney and tamarind notes.  The finish is long and silky – beautifully balanced, with exemplary spirit integration.  Outstanding (cask sample tasted October, finished article tasted December).

Everything I love about Verdelho, this has wonderfully tangy tropical and spicy chutney fruit cut with a lively, savoury edge of salted limes.  Just a touch of dustiness to the finish but it’s so vibrant and animated going through – from attack to very long finish – one hardly notices.  £342

I first tasted this one-of-a-kind fortified Baga a year ago and was immediately impressed by its spirit integration and refinement. Pato has revived a Bairrada tradition which was lost in the late 18th century as a result of measures designed to protect the Port industry. Which seems a bit silly when this fortified red bears little resemblance to Port. As you’d expect given the Atlantic influence, it’s fresher and more finely wrought. Really silky, poised and persistent with succulent but well-defined black fruit, peppery lift and a long, mineral-sluiced finish. The secret to its elegant spirit integration? The spirit comes from Baga grapes from Bairrada. Look no further if you find Port too heavy or just fancy a change. It’s brilliant with chocolate, made a great thanksgiving-with-a-twist pumpkin pie option (see here). I’d plump for gorgonzola over stilton for the (blue) cheese board. No wonder the authorities have had a change of heart. Fortified Baga is set to receive the official seal of approval.

Horacio Simões make fabulously complex Moscatel du Setubal.  Made from Bastardo, this is a wild deviation from the Setubal norm. Chosen by Olly Smith for his 50 Great Portuguese Wines, he described this small but explosive package as “a hand grenade dipped in marmalade,” which perfectly captures the exuberant flare of flavour of this rum and raisin, nuts whole hazelnuts (almonds actually) tour de force.  It’s not subtle but it brought a great big smile to my face and who knew Bastardo could achieve such giddy-inducing heights.