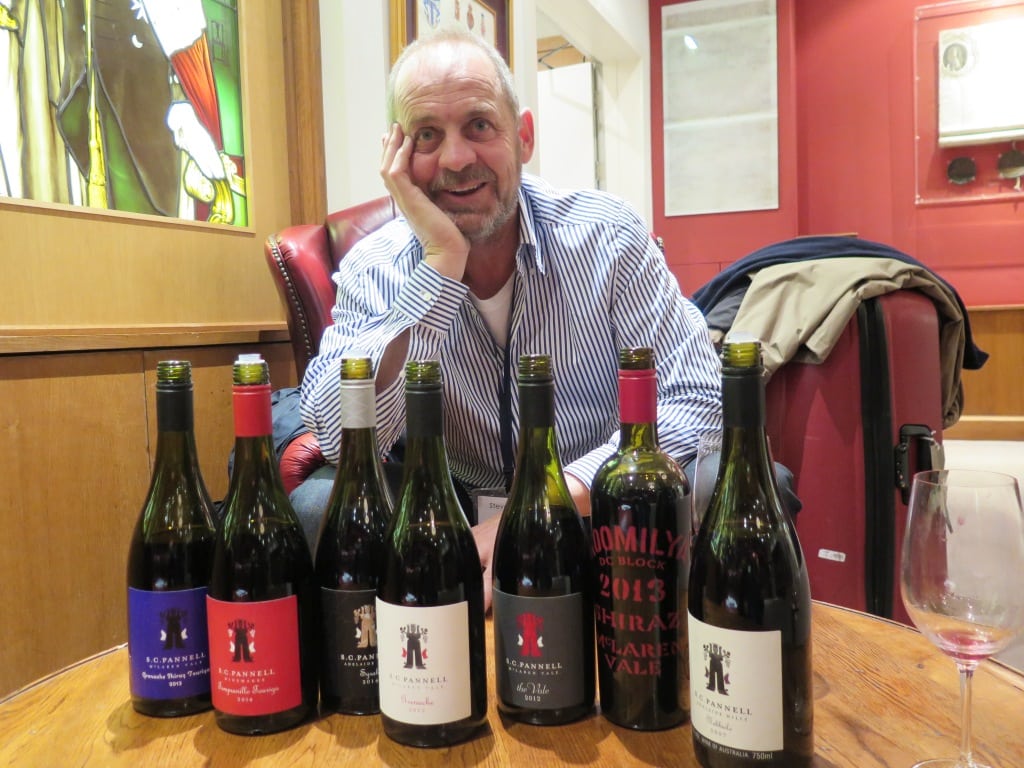 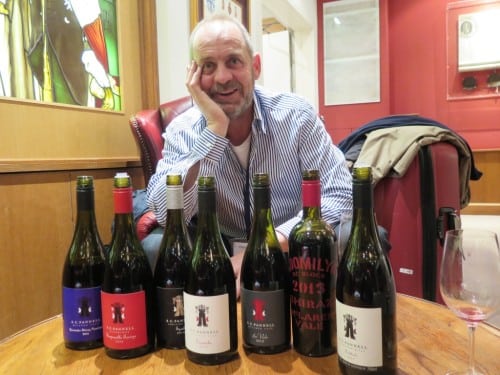 Stephen Pannell with his latest releases

I spent last month seeking out elegant styles of Shiraz from warm climate South Australian regions McLaren Vale and the Barossa and found some terrific examples (watch this space).  As for the state’s principal cool climate Shiraz region, Adelaide Hills, yesterday I encountered a couple of wonderful wines, including an all-new single vineyard Shiraz from  Shaw & Smith.  Here are my notes: 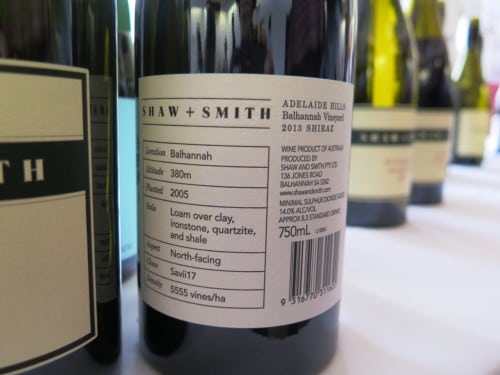 Adam Wadewitz coined his reputation for cool climate Shiraz in Great Western at Best’s, where he vinified the 2012 Jimmy Watson Winner, the 2011 Best’s Bin 1 Shiraz.  And it would seem he is puttin’ on the Ritz at Shaw & Smith.  With an RRP of £54.99, this new single vineyard Shiraz is a good deal pricier than the consistently very good “regular” Shiraz at £24.99, perhaps a little de trop, but there and again it’s certainly a significant cut above.  It comes from the low-yielding, close-planted (5555 vines/ha) vineyard on loam over clay, ironstone, quartzite and shale at 380m planted in 2005 just behind the winery.  With whole bunch and whole berry fermentation, despite its pretty wild peony lift, this Shiraz is drier, firmer more “architectural” than the regular wine, with an attractive rub of tannins and bright, very motile acidity to its intense black fruits.  A hint of charcuterie lends a savoury edge to a long, very persistent finish; lovely complexity. 14% abv

This cool climate Syrah from S.C. Pannell was sourced from Echunga, 410 metres above sea level in the Southern Adelaide Hills. The fruit is grown on well-drained, granitic soil – Pannell’s prefered soil-type for Syrah (and, of course, the soil-type which distinguishes the northern Rhône); it was co-fermented with 4% Viognier.   Previous vintages (including the Jimmy Watson Trophy winning 2013 vintage) have seen around 20-30% whole bunch fermentation but, in 2014, the stalks were still green so whole bunch was a no go.  Still, in this low yielding vintage (38% down on 2013) this wine is not short of what Pannells describes as “real tannin, papery cool climate Syrah tannins.”  Like the Shaw & Smith, flesh and bone – savoury tannins – are on show and the oak is lightly worn (it spent 12 months in large format French oak vats and puncheons, 30% new). As for the fruit, this is a black-hearted wine, with great intensity, definition and perfume to its very vivid, very juicy, cool blue and black berry fruits. The finish is long and resonant; terrific.  14% abv  RRP £28.99 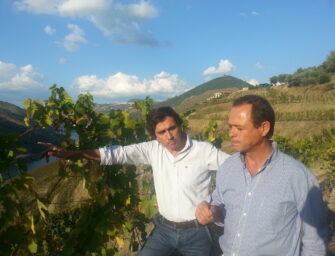