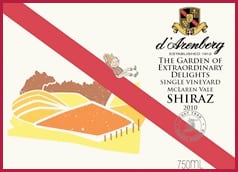 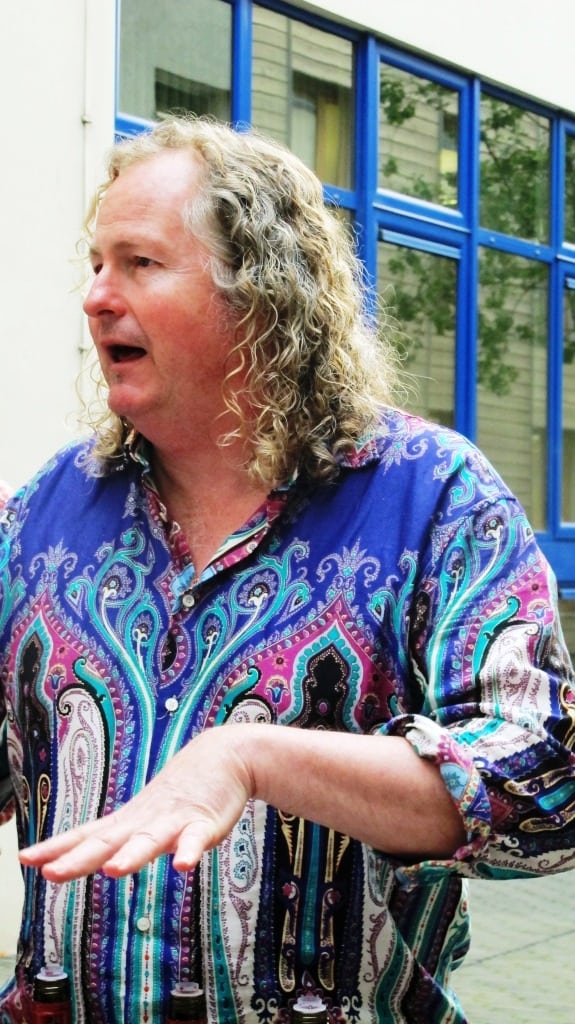 Not like that, just like that, d’Arenberg’s Chester Osbourne teases out the terroir differences in McLaren Vale

When I caught up with d’Arenberg’s Chester Osbourne last month he was thrilled that his project to build a ‘Rubik’s cube’-shaped visitors centre got the green light.  We caught up to look at another project, d’Arenberg’s Amazing Sites’ wines, for which a multi-faceted Rubik’s cube is a good analogy.

The Amazing Sites wines (for which the winemaking regime is broadly the same) aim to show off different facets of McLaren Vale’s classic red wine grapes, Shiraz and Grenache.  Facets which, once the winemaking is subtracted from the equation, are substantially dictated by that complex matrix of factors known as terroir.

The first 2010 Amazing Sites releases comprise 12 single vineyard Shiraz and 3 single vineyard Grenache wines from three districts in McLaren Vale, The Beautiful View, Blewitt Springs and McLaren Sand Hills.  Wines which, in the past, were exclusively used as blending components (the Shiraz for d’Arenberg’s iconic The Deadarm Shiraz).

And, to my mind, d’Arenberg Tyche’s Mustard Shiraz 2010 perhaps exemplifies why some wines work best as a blending component.  It even smelled tannic and, as d’Arenberg themselves observe about the vineyard behind the wine, “it produces “intensely flavoured, tannic grapes that are treated like mustard when blending it….” So, though I love this kind of terroir-focused tasting, on its own, it was a formidable proposition!

My absolute stand out wines from the tasting – those which seemed most complete – were The Garden of Extraordinary Delights, J.R.O Afflatus, The Vociferate Dipsomaniac and The Amaranthine Shiraz.  All would give much pleasure as stand-alone wines.

But, should you have the chance, taste them alongside the other Amazing Sites Shiraz which, in 2010 are The Fruit Bat Shiraz, The Little Venice Shiraz, The Bamboo Scrub Shiraz, The Swinging Malaysian Shiraz, Shipsters’ Rapture Shiraz, The Other Side Shiraz, The Blind Tiger Shiraz and Tyche’s Mustard Shiraz.  It’s a fantastic way to lift terroir off the page and is part of an unfolding investigation into the impact of McLaren Vale’s complex geology on the region’s wines. 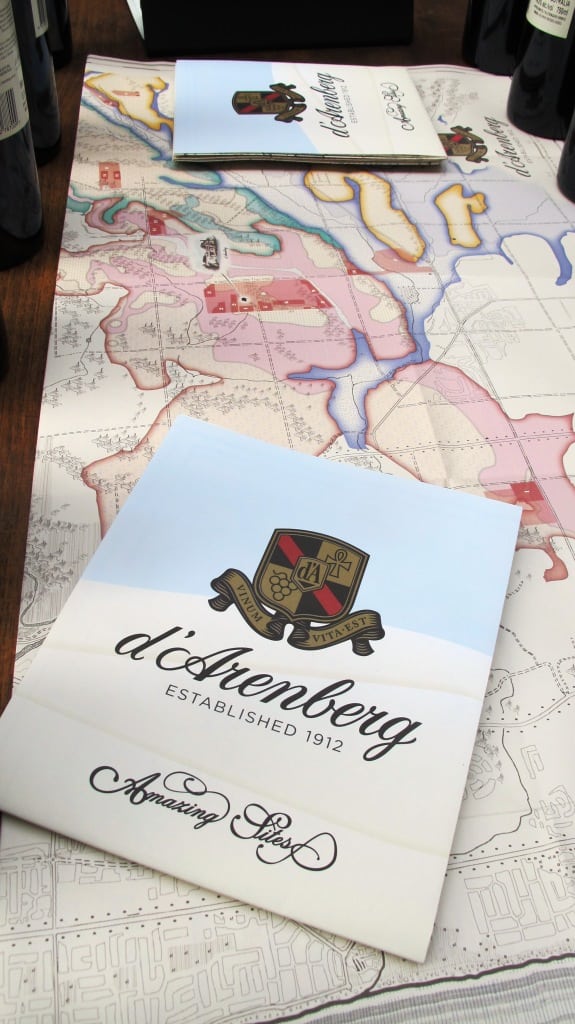 Nestled in a cool hollow and surrounded by beautiful native bush land The Garden of Extraordinary Delights vineyard (1.6ha, planted 1970) is located in the inland part of the McLaren Sand Hills sub-region at 150m. Sand on clay is the hallmark of this younger geology (100 000- 2.6million years); soils are sandy loam over young clay.

I love perfume in a wine but, at this tasting, the Ahmed eyebrows became one as I crossly detected a waft of perfume which, I assumed, belonged to someone.  But then they relaxed, arched even, as I discovered that this was no aftershave.   Rather it was this wonderful Shiraz, my pick of the bunch.  It reveals heady sandalwood spice, blossom and black cardamom to nose and supple palate, juicy and creamy both. Like a lucky strike bowling ball its blackcurrant fruit rolls with unerring focus and unrelenting impetus.  A long, knock out finish.  Wonderful and still building when I returned for a second peek at the end of the tasting. 14.4% 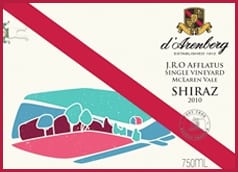 This 0.5ha vineyard in the Beautiful View District was one of the original plantings on the land Joseph Rowe Osborn (J.R.O) purchased in 1912 (vines planted 1910). Soils are very shallow sandy loam on limestone and clay; a 93m on a weather-beaten ridge the top soil has blown off, leaving the vines to struggle in fairly tight marly limestone clay. 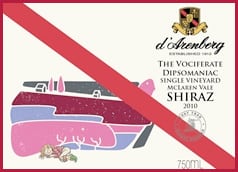 The geology of this 3.4ha vineyard planted in 1968 is Blanche Point Formation; soils are red and brown shallow clay and loam on limestone. Very little clay is mixed with the limestone and in places the earth on top is only an inch deep.  The concentration of this wine is enhanced due to the slight northerly aspect and the high (120m), hillside location in the Beautiful View District.

Spicy and swooping with a plush, very persistent cloak of black and reds fruits – great energy, concentration and length. 14.8%

This 3.3ha vineyard, which has always contributed significantly to The Dead Arm, was planted in 1968 on an east facing slope at 97m in the Beautiful View District. Soils are loamy sand on limestone but about a third of the top soil is completely gone producing low yields of very concentrated grapes.

Plentiful sweet, rich jubey black and red fruits are teased out (and the sweetness balanced) by a plume of fine, smokily mineral tannins.  Again, lots of impetus, energy and length here.  14.2%