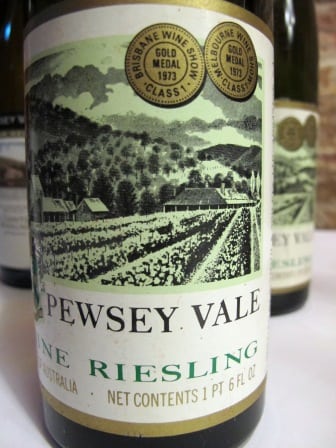 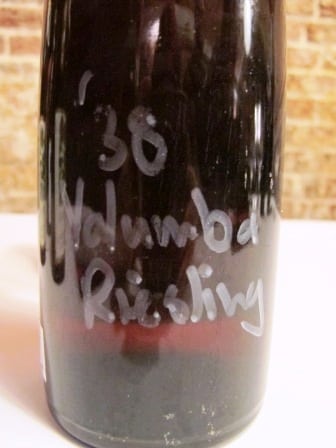 Established in 1849, Barossa-based Yalumba lays claim to being Australia’s oldest family-owned winery.  So perhaps it’s unsurprising that they have developed a tradition of museum tastings to showcase their history.

Still, I suspect that even guests at the very first event in 1977 would have been stunned to find a Yalumba 1938 Riesling on the menu as we did at the 24th Yalumba Museum Tasting in Adelaide earlier this month.  A distinctly bold move given that this 75 year old wine was made pre-refrigeration, pre-stainless steel, pre-pH management and pre-cultured yeasts.  Moreover the grapes would almost certainly have been picked in the heat of the day.

So how was it?  In truth it was a curio – thrilling to taste rather than drink.  But goodness it retained a pulse – a beating heart of vital acidity, which meant it held its shape brilliantly (no drying out/no angularity).  While as you’d expect the flavour profile was developed (butter mint and aged lavender-scented drawers [of the furniture variety!]), it showed great kinship with the younger wines in the flight – Pewsey Vale The Contours Riesling 2002 (lemon butter with great line) and Pewsey Vale Rhine Riesling 1973 (pot pourri and butter mint). This together with the trio’s clear-eyed purity of line provided reinforcement if it were necessary of just how well adapted Riesling is to this part of the world. 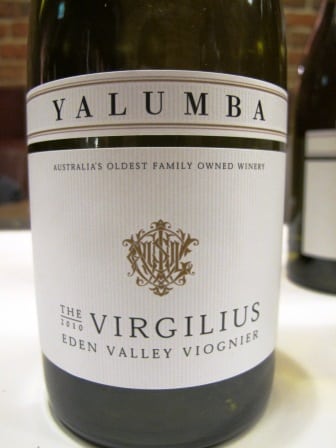 Though much younger, another surprise of the evening was the still buoyantly fruity Yalumba The Virgilius Viognier 2003, which was positively awash with candied pineapple.  A little simple perhaps but a terrific riposte to the naysayers who doubt Viognier cellars well, including one writer whom I recall floridly suggested that aged Viognier was “a necrophiliac’s fantasy.”  I’m certain that the current sophisticated 2010 release – all musky apricot with bacon fat nuances – will not only age as well, but continue to develop in complexity having benefited from Yalumba’s extensive clonal trials and a more hands off approach to winemaking (click here for details). Incidentally fellow Rhone variety Roussanne is a new addition to Yalumba’s portfolio. The debut Yalumba Eden Valley Roussanne 2012  tasted at dinner had impressive varietal character, freshness and restraint. 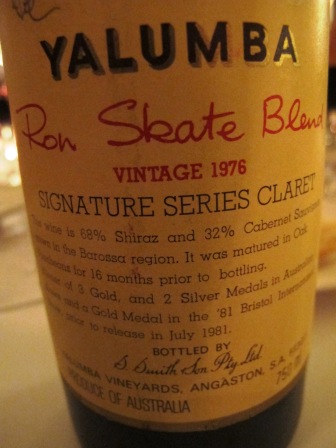 Returning to museum wines four vintages of Yalumba The Signature confirmed the consummate pedigree of this Barossa Cabernet Sauvignon Shiraz, which was first produced in 1962.  Still dominated by Cabernet, the firm and youthful 2004 Yalumba The Signature showed great concentration and length of cedary blackcurrant fruit.  The cedar-perfumed Yalumba The Signature A. “Eddy” Waechter 1992 (wines were named in honour of key contributors) revealed earthier, chocolatey sweet Shiraz nuances with no loss of Cabernet length, line and juicy balance; rich and potent with terrific palate presence.  Cabernet was more to the fore in the refined and ‘claret-like’ Yalumba The Signature Ron Skate 1976 blend, which had refined tannins, blackcurrant, pencil shavings’ lift and a Coonawarra-style hint of oyster shell to the finish.  And swinging back to Shiraz, the Barossa’s sweet plum, blackforest gateau and chocolatey, earthy loam notes were delicately represented but alive and well in the paler but far from frail Yalumba The Signature A. Harold Yates 1966.