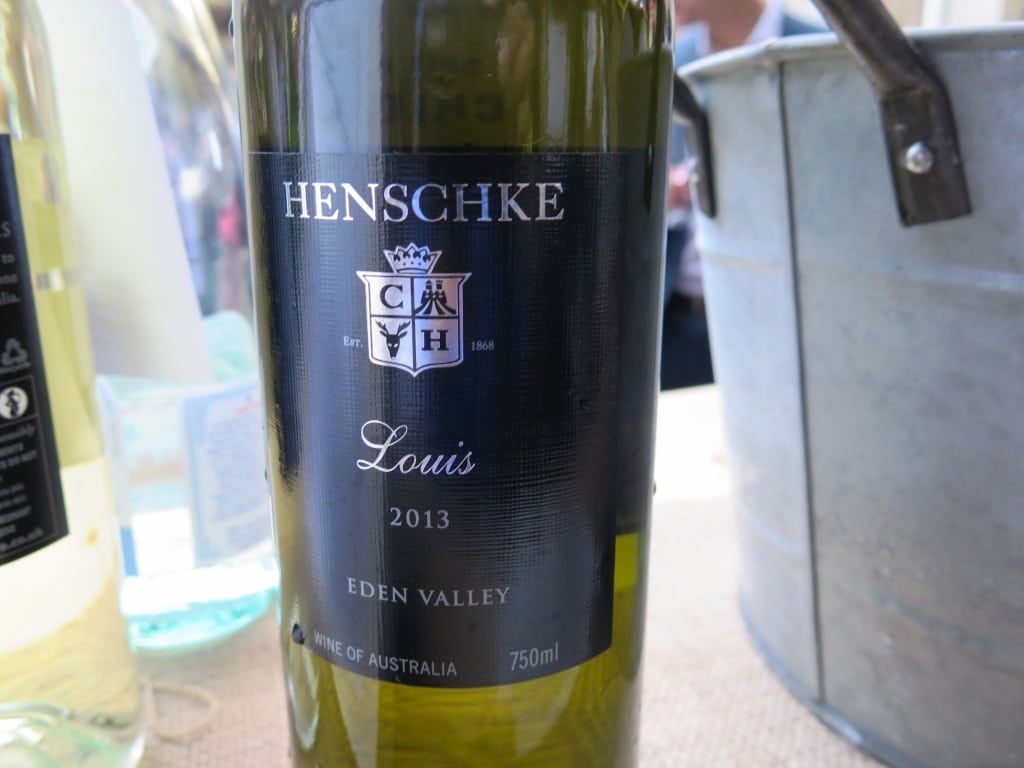 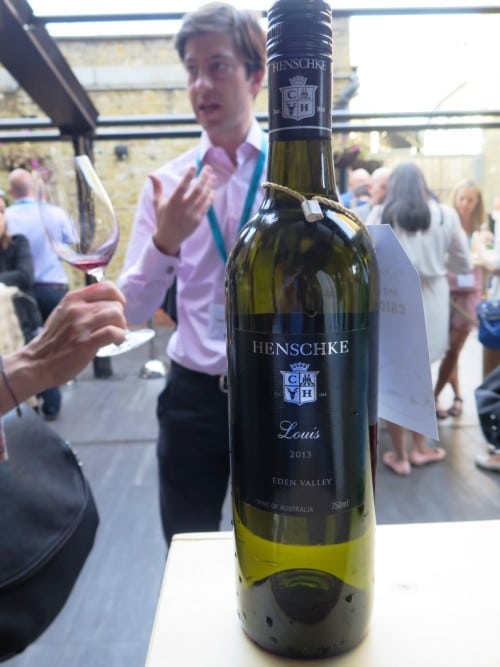 In Wednesday’s post I looked at a Madeira variety, Verdelho,  which flourishes in Australia.  Today, I’m writing up a South Australian wine – Henschke Louis Semillon 2013 – which features, among others, a red-tinged Madeira clone of Semillon to which Stephen Henschke attributes “quite textural wines with raw potato and nutty flavours and dried  herbs.”  It reminded me very much of Horácio Simões Vinho Val dos Alhos Boal 2013.  And guess what other name Horácio Simões give to the Boal grape on the back label?  Semillon.

So far, so confusing.  But what’s not confusing is the quality, subtle complexity and minerality of both these splendid old vine whites.  Here’s my note on the Henschke, which I tasted on Monday with Stephen’s son, sixth generation winemaker Johan:

Sourced from 50-year-old bush vines planted by Johan’s grandfather, Cyril, 17% of the wine was aged for 6 months in seasoned 225L French barriques, the balance in tank on lees.  It has very subtle stone fruits and, for that matter, a stoniness – a crystalline minerality – which is pure Eden Valley.  A long, saline, slightly bosky finish (or is that the raw potato?) is fine, fresh and firm.  Good textural support from the oak anchors the tail or, as Johan puts it, “holds up the back palate.”  It’s a highly individual example of Semillon, quite unusual.  I like its limpidity and texture.  11.5% abv £19.99 at AG Wines, rather more- £27.60 – at Hedonism.

Watch this space for a separate post on my picks of Henschke’s latest red releases, including Hill of Grace Shiraz 2010.   This intriguing white deserves a spotlight to itself!