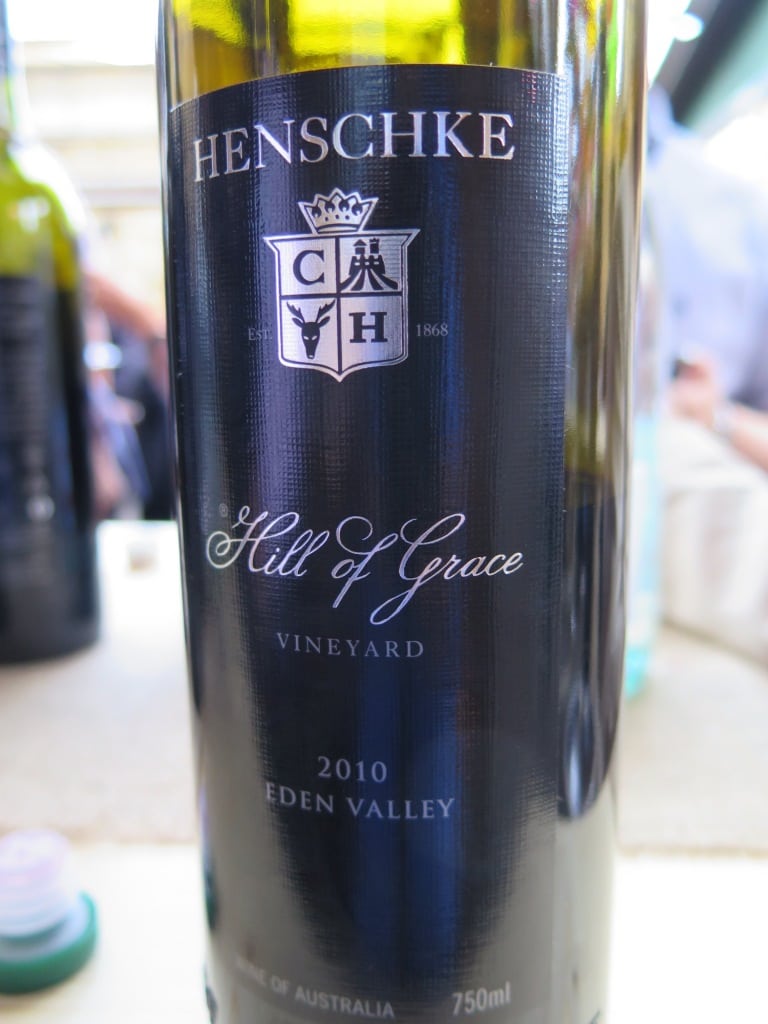 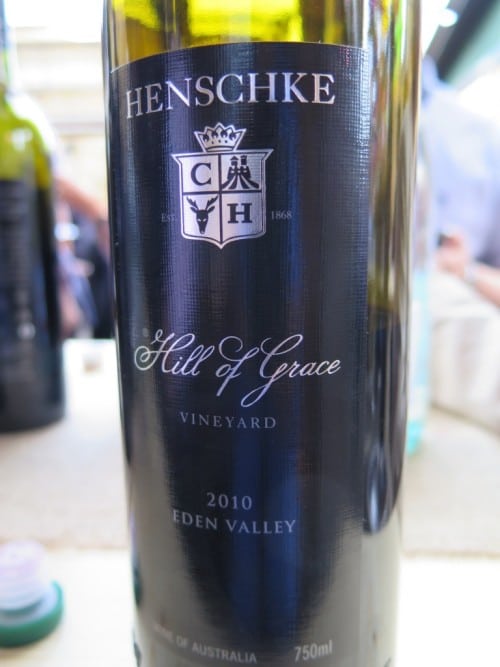 I’m a big fan of 2010 reds from South Australia, so it was a thrill to discover that Johan Henschke had snuck a bottle of flagship Shiraz, Henschke Hill of Grace 2010 into the line up at Enotria’s “Essentially Australia” tasting.  It’s not often you get the chance to taste the fruit of 1860s’ vines.

At £400 a bottle, it’s beyond the reach of most wine lovers, so I was glad to find much to like in Henschke Keyneton Estate Euphonium 2012 (another fine, temperate vintage).  Very broachable yet with good ageing potential, I can well understand why Henschke reckons Euphonium represents great value for money within the portfolio.

Here are my notes on both wines:

Matured in 15% new and 85% seasoned (90% French and 10% American) oak hogsheads for 18 months, at 65%, Shiraz is the mainstay of this blend.  Euphonium is mostly sourced from old vine Eden Valley material which, says Henschke, doesn’t have the “personality” to warrant its own single vineyard bottling (like Hill of Grace or Mount Edelstone). Bordeaux varieties Cabernet Sauvignon (20%) Merlot (10%) and Cabernet Franc (5%) add [mint/dried herb) lift and line as well as a concentrated seam of blackcurrant and riper cassis fruit to the Shiraz’s fleshy, plummy core. Concentrated but bright, very supple fruit together with fine grained tannins and very persistent but well-integrated acidity make for a long finish.  Delicious.  14%  £26.95 at Divine Wines, £28.49 at AG Wines

Whilst 2009 was dubbed “the vintage of resilience,” 2010 rejoices in the description of “vintage of radiance.”   Apt, because the 2010 Hill of Grace is strikingly bright on nose and attack, with a tickle of mint to its well defined plum, cherry and blackberry fruit.  Going through, savoury mocha, warm earth and black pepper layers build, adding dimension and depth, as does its ruffled “underskirt” of taffeta tannins.  Very long, textural and persistent.  A lustrous and illustrious Shiraz.  14.5% £400/bottle at The Secret Cellar.

Click here for my recent note on Henschke Louis 2014, a very singular Semillon.