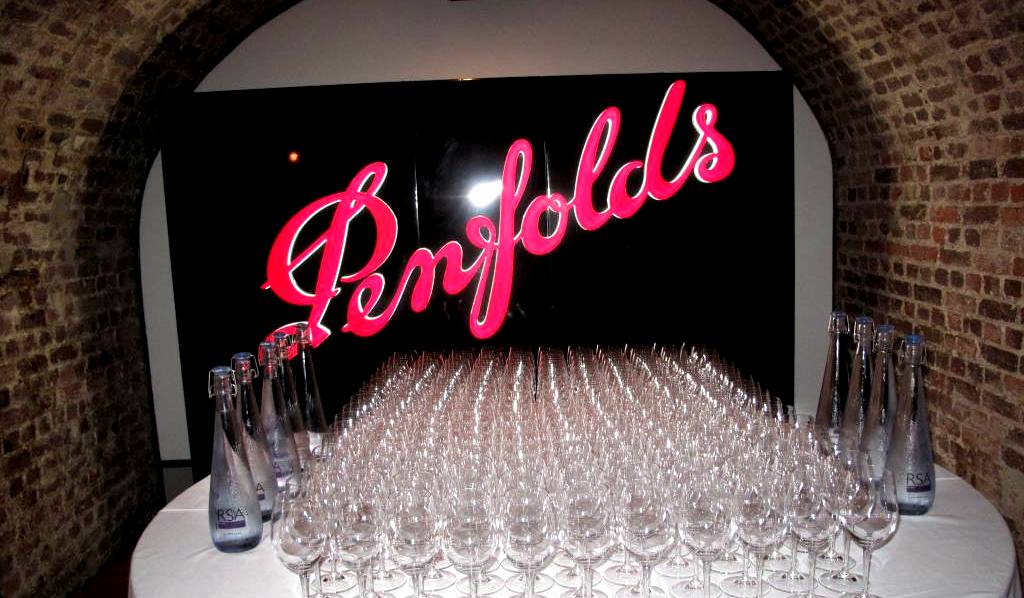 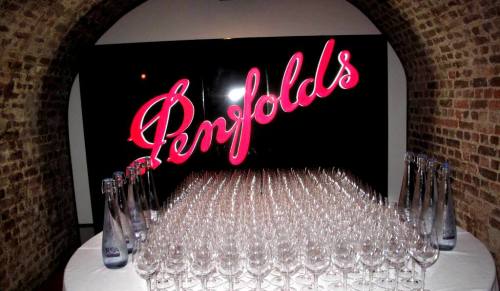 Penfolds has brought forward the release date of its Luxury & Icon Collection so, if it seems like a nano-second ago since my last reviews of Grange et al, it was!  The latest release includes some truly exceptional reds from two tip top South Australian vintages, 2010 and 2012.  And an atypical St Henri from the atypical 2011 vintage which I loved, but I’m very sure it won’t be everyone’s “cup of tea.”  You’ll find my tasting notes below after potted (by me) Penfolds’ vintage reports for the years in question.

2014 – Bin 51 – a low yielding year for the Eden Valley Riesling vineyards; a significant rainfall event on 14 February caused some crop loss and slowed harvest.  Improved conditions ensured fruit was harvested in optimal conditions; fruit from the best and oldest blocks was impressive.

Point to note: as of last year, Penfolds have started indicated bottling dates on the bottom left hand corner of labels.

Very pale, with green glints and a musky floral and lime blossom nose with apple, pink grapefruit and slate which dominate the silky/talcy, textural palate making for a very approachable wine with the mineral acidity to last.  12.5%

Naturally fermented on solids with 100% natural malo, this is a very pale Chardonnay, almost water white!  A lifted nose shows the customary cordite with cedary oak in the background.  The palate shows succulent white peach and bruised/woolly apple cut with lemony acidity and hints of lemon and lime oil on the attack.  The oak  (Bin 12A spent 9 months gestation in 40% new, 60% one year French oak barriques) is very subtle.  Savoury, pillowy lees and a bacon fat-like greasiness/waxiness of texture (which, as far as I can recall, distinguishes it from other vintages) build going through.  Teased out by steely, mineral, very persistent grapefruity acidity, the finish is long and precise, but I missed the knife-edge thrill of the 2012.  Still, this is a very good Chardonnay.  13%

This year’s Yattarna is sourced from Tasmania’s Derwent and Coal Valleys, Henty (Victoria) and Adelaide Hills.  It was aged for 8 months in French oak barriques (45% new, 55% one year old).  It reveals sweet vanillin oak, white peach and tangy yoghurt to the nose which follow through on an exuberant palate, more expansive – weightier – than the 2011.  Its intensely powerful fruit (fleshy white peach and pink grapefruit) are well buffed by oak which brings sweet/savoury nougat and smoked hazelnut resonance to its tapering finish.  Steely acidity brings balance and length.  A muscular, very long Chardonnay. 13% 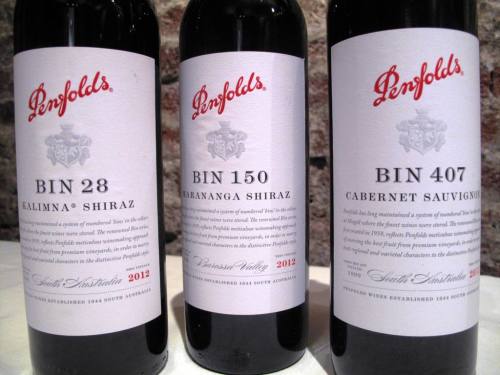 This sub-regional Shiraz was aged for 14 months in 25% new/25% 1 year old French oak and 25% new/25% 1 year old American oak.  A deep bright ruby hue with no perceptible difference between the rim and core. A black cherry and blackcurrant nose with tight juicy blackberry and currant fruit in the mouth, perfumed kirsch and bakewell tart notes – raspberry jam and almonds.  Persistent acidity keeps its bright, while ripe but present granular tannins firm up a bitter chocolate/mocha oak-edged finish with a wee glow of alcoholic (kirsch) warmth.  Very good.  14.5% 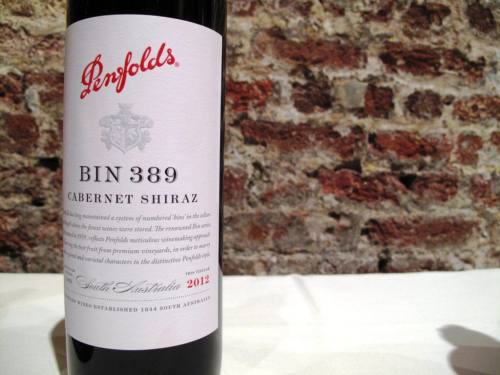 In 2012 “poor man’s Grange” is a blend of 54% Cabernet Sauvignon, 46% Shiraz and hails from Wrattonbully, Barossa Valley, McLaren Vale, Langhorne Creek and Robe. Very deep and, when you swirl it, glass-staining ruby in hue.  A mouthwatering nose reveals fresh, intensely concentrated and perfumed cusp-of-ripeness blackcurrant and sour plum fruit which remains tantalisingly coiled beneath a fretwork of savoury, smoky, meaty oak tannins which all but stop the juice from flowing – a great sense of dry extract here.  A gravelly undertow of mineral acidity keeps it moving and reminds you that the yet-to-unfurl fruit lurks promisingly in the background.  Great tension and length.  A keeper. 14.5% 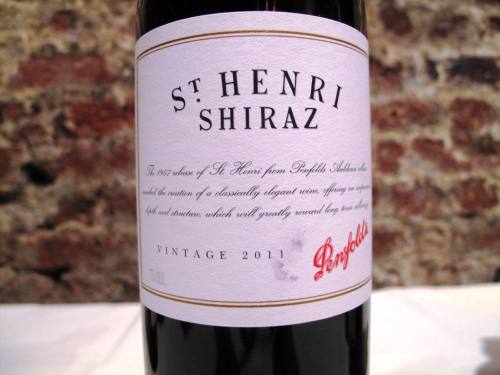 Made from 100% Shiraz which, as always, was aged in 50+ year old 1460l oak vats (for 12 months).   Fruit was sourced from McLaren Vale, Barossa Valley and Adelaide Hills.  It’s a bright but quite light ruby red with an ironstone tang and, as it opens up, even a hint of iodine, to its cool red-fruited nose.  In the mouth St Henri’s sleek very well-defined stream of vibrant red berry, cherry, currant and sour rhubarb fruit contrasts starkly with Bin 389’s surly fruit and structural heft.  Of course this is from a particularly cool, wet year.  A year which also accounts for the translucency of this medium-bodied wine’s smoky minerality – a quality which extends to its finest of fine gauge iron filing tannins (and suggests the most careful of extractions).    Not the weight and charge you’d expect, even of this elegant cuvee.  But I like its uncommon levity and cool, very pure fruit very much.  14.5%

This single vineyard Shiraz was aged for 15 months in 65% new French oak, 30% new and 5% 1 year old American oak hogsheads.  It’s a vibrant raspberry hue which fruit appears on the palate alongside well defined juniper berry and plum.  Going through, mocha oak, smoked meats and dusty earth let rip. Firm, grippy even, savoury tannins pull up the finish – a constraint to its undoubted heft. A big wine; needs time to integrate and unfurl.  14.5% 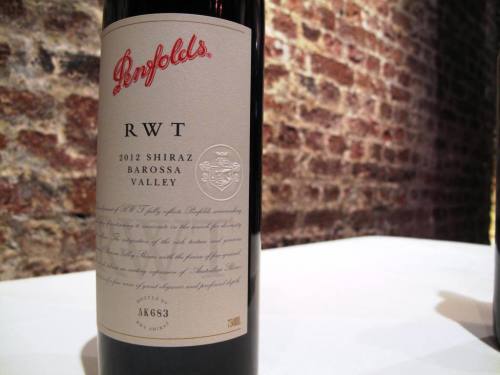 Aged for 16 months in French oak hogsheads 75% new, 25% one year old.  A very deep aubergine skin hue with an inky core and bright pink rim. In a word, youthful.  And yet nose and palate are a highly expressive blast of un-reconstructed Barossa-ness, with cola and campari dried herbs, liquorice, camp coffee, eucalypt and viscous oily rag notes to its fleshy plum, blueberry and meatier black olive fruit.  A firm graze of tannins to the finish emphasises this wine’s dry, savoury profile as does its undertow of hard pan minerals.  Burly and characterful.  14.5% 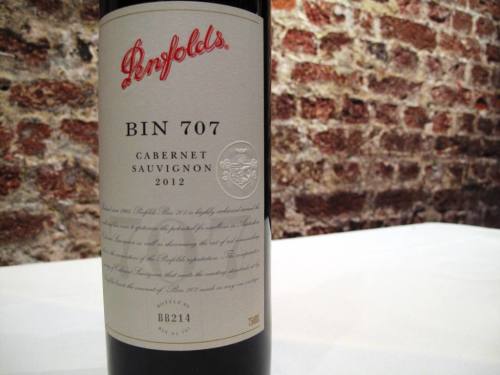 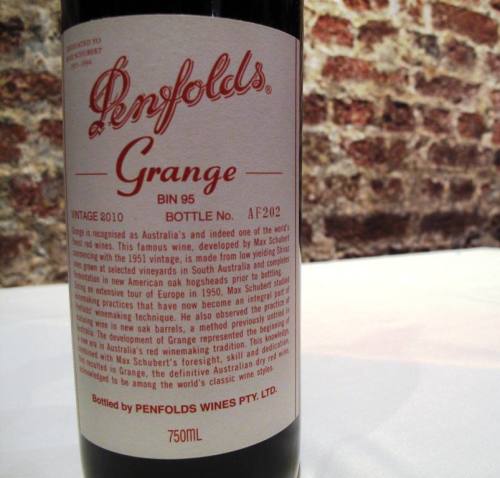 Sourced from the Barossa Valley, Clare Valley, Adelaide Hills, McLaaren Vale and Magill Estate this blend of 96% Shiraz, 4% Cabernet Sauvigon was aged for 17 months in 100% new American oak hogsheads.  It’s a very deep but very bright hue. A surprisingly mouthwatering nose bristles with fresh, intensely youthful fruit – seemingly just picked, such is its vibrancy.  In the mouth, the oak – lavish, creamy and nutty – comes to the fore but, in no time at all, the fruit – a yielding, bottomless pit of black cherry and blood plum fruit – pulls confidently away, fuelled by juicy, very animated acidity which pushes the fruit merrily along . Sumptuous, generously cocoa-dusted black forest gateaux, sweet cinnamon and star anise notes emerge going through and receive ample support  from a fine charge of taffeta tannins.  A resounding, extremely long finish carries echo after echo of  fruit, oak and gravelly minerality.  Outstanding.  14.5%