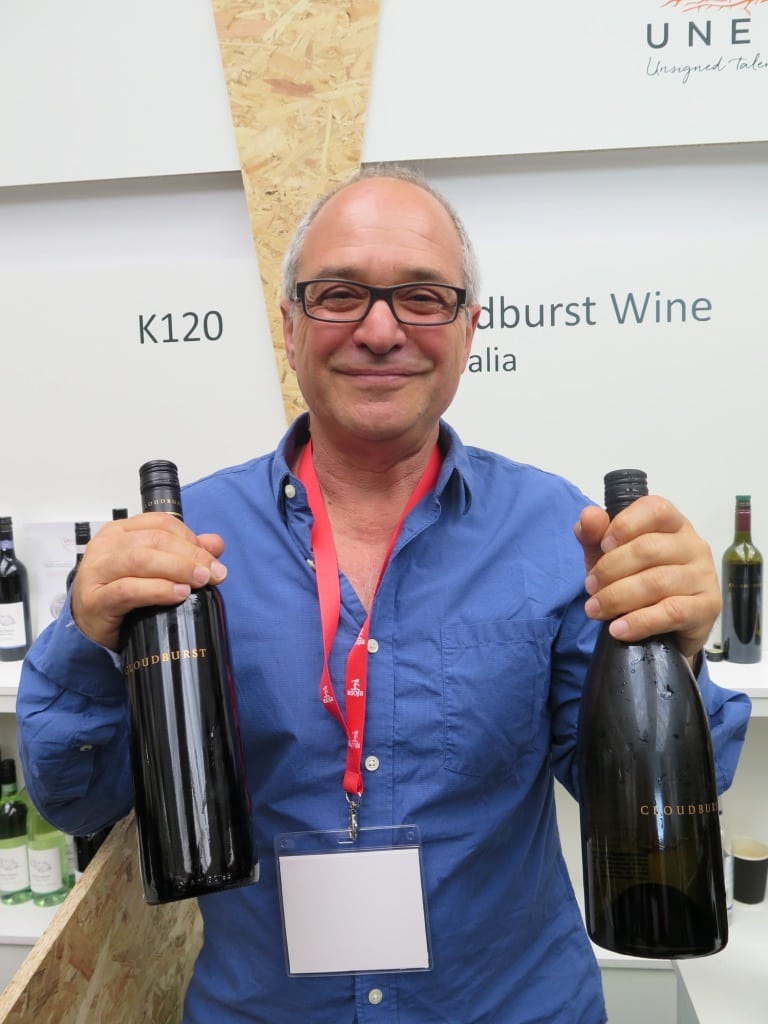 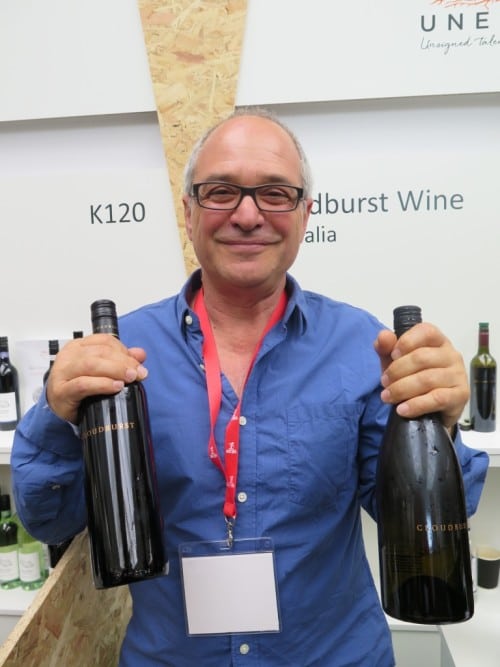 From the off, Margaret River’s pioneers aimed high, swiftly making their mark on the Australian wine show circuit (read all about it in June’s Decanter supplement about the Western Australian region). Quite an achievement given that the founders of leading lights Cullen, Vasse Felix and Moss Wood were doctors. In 2013 another newbie to vine and wine [Cloud]burst onto the scene at the 2013 Margaret River Wine Show, winning Best Red Wine of Show, Best Cabernet Sauvignon and Best Single Vineyard Estate Red with his inaugural 2010 vintage.  Quite a coup.

Last week I met the man behind Cloudburst, Will Berliner, an urbane New Yorker and former clothing entrepreneur. Thanks go to fellow American Karen Gough at Settlers’ Tavern (a favourite and rather fabulous Margaret River watering hole) for putting me in touch with the man who, these days, is in the thrall of the 250 acre plot he bought in 2004 just a stone’s throw from the Indian Ocean near Gracetown.

He and his family camped there among the peppermint trees for several years, three months at a time, before moving to Australia permanently in 2012 and taking up residence in the property’s old farmhouse.  By this time Berliner had already started making wine (the first, one barrel in 2009).  But the success at Margaret River Show was yet to come for the man who had originally planned to plant avocados.  Put right by an agonomist who told him how costly it would be and pointed out he had really good soil for grapes, Berliner (a firm believer in biodiversity) planted first cover crop, then just under a hectare of vines in 2005.  From the off, he has dry farmed and cultivated his close planted vineyard organically.  He grows his own food too (including avocados from a small plot).

Talking to him it strikes me that this “sliding doors’ moment” has not only produced Margaret River’s most expensive label (the biggest market for which is the States), but also Berliner’s personal nirvana.  He tells me “the land is in my soul now…by leaving some blood in the vineyard [he is very much hands on], I’m infinitely more connected to it…it’s not just an asset, I live, breathe and taste it.”  Indeed, though “cashed up” when he bought the land (having sold his clothing business), the Global Financial Crisis wiped out his biotech investments so, as he put it, “I need to work.”

He has applied himself most assiduously.  While he and his (Australian, Sydney-born) wife and children were shuttling back and forth between the States and camp Cloudburst in Margaret River, Berliner was “sucking up” knowledge and “learning about wine with avengeance.”  He studied viticulture & oenology at UC Davis, California and, when in Margaret River, picked not only cuttings from Margaret’s River’s finest, but also brains.  Plus, he observes, “the land is a very generous teacher.  It calls to you if you give it a bit of attention.”  So although he is “heading towards” three hectares of vines, Berliner emphasises “I’m in no hurry.”  A firm believer in the saying “the best fertiliser is the shadow of the vigneron,” the aim is to keep things small scale so he can be in the vineyard and see what’s going on.

Since 2010, the wines have been made up the road in Wilyabrup at leading Margaret River winery Woodlands, with Berliner’s involvement at every level.  Next year, he plans to “cut my own barrel” and make the wines himself.  “I’m ready to do it now” he says.  Here are my notes on a couple of vintages of Cloudburst Chardonnay and Cloudburst Cabernet Sauvignon (both naturally fermented in line with his philosophy of minimal intervention).  There’s lots to like though the prices are an eye-watering AUS$250 for the Chardonnay and about AUS$275 for the Cabernet since quantities are truly tiny and the vineyards tended by hand.  Berliner also makes a Malbec.

Mostly gin gin clone with a smattering of Burgundy clones.  I detect flinty, funky cordite on the nose which follows through on the palate without dominating this ripe, lemony wine which has a lime zesty resonance on the back palate and lifted dried pear.  Intensely fruited yet tightly wound with impressive acidity, it has a very distinctive, very attractive crushed quartz/oyster shell minerality which I also found in the follow on vintage.  Powerful and characterful both.  Very good.  13%

The 2013 vintage seems broader, creamier and more savoury of expression with nectarine, dried pear and cashew and that undertow of crushed quartz/oyster shell minerality.  There’s a touch of alcoholic warmth on the finish.  The 2013 weighs in at 13.9%

A perfumed blueberry note to the nose signposts this Cabernet’s splash of Malbec (7%).   This is a finely tuned, sleek, elegant Cabernet with blackcurrant, red cherry, balsamic and lively peppermint tree lift;  a hint of savoury dried sage too.  The tannins are very fine and the acidity fresh and focused, which gives length and line.  Where the crushed quartz/oyster shell minerality was distinctive in the Chardonnay, here it’s the uplifting, energetic peppermint tree (of camp Cloudburst).  Very good.  13.2%

A tightly coiled Cabernet.  Cedar and particularly peppery, positively indefatigable peppermint tree notes dance around a discernable but, as yet, quite impenetrable, brightly polished core – a mirror – of blackcurrant.  But impenetrable here means intense, not dense.  This is a medium-bodied, fine grained Cabernet which simply needs time to unfurl.  Would love to re-taste it when it does!  Lots of promise.  13.5%