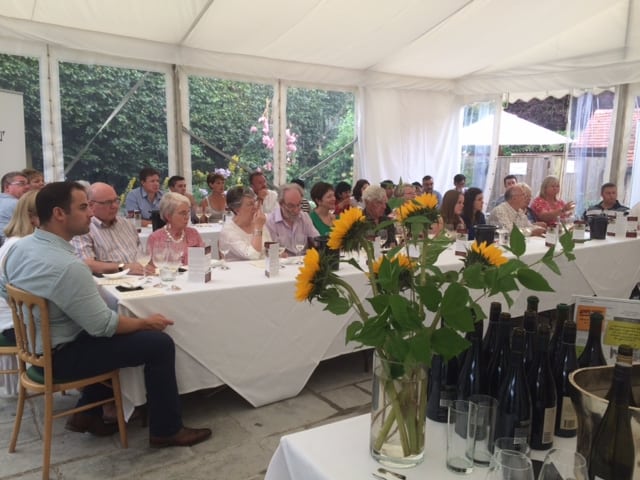 I’m tee-ing up my palate nicely for my upcoming fortnight in Australia.  Tonight I’ll be catching up with Wolf Blass’ Chris Hatcher for a Wolf Blass Black Label vertical before our Barossa rendez-vous to explore Wolf Blass’ new Estates of the Barossa sub-regional Shiraz project.  As for last Saturday, where better to indulge in fine Australian wine and Michelin-starred food than The Harrow at Little Bedwyn?  I had great fun hosting the panel of a food and wine matching experience with chef patron Roger Jones, Emma Cullen of Cullen Wines, Ella Shaw of Shaw & Smith and Fran De Paolis and Tori Eeeles of Liberty Wines. The event was part of a long weekend gourmet-fest a.k.a. The Harrow Food & Wine Experience – lunches, dinners, food and wine matching, cookery demonstrations and classes – all centered around The Harrow’s extensive list of Australian wine.  And judging by the buzz from my audience, they’d been indulging royally.  And they had – check out the vertical flight of de Bortoli Noble One which had featured in the previous evening’s dinner!  All holding up beautifully I might add. 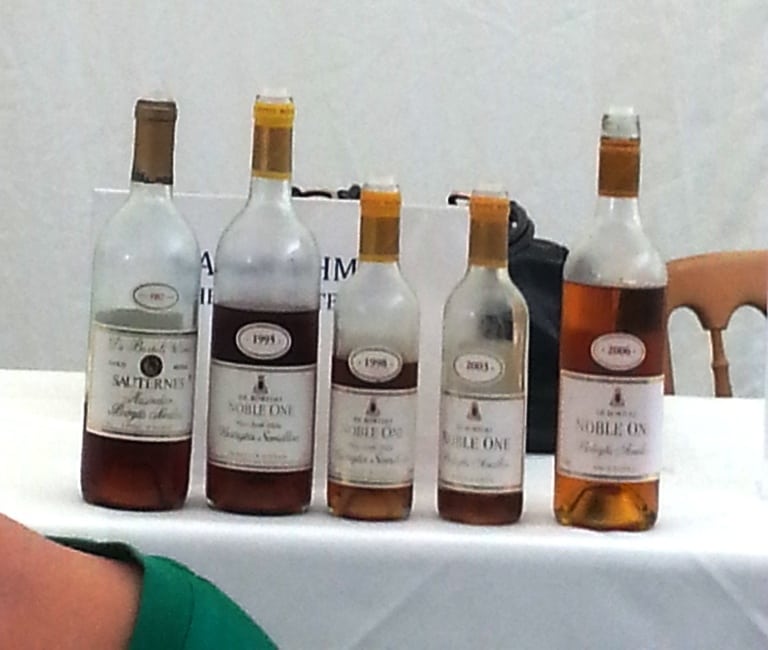 The Harrow has a terrific range of mature Australian wine flights

As for said food and wine matching experience, Jones had prepared a selection of taste bud tickling nuggets of deliciousness a.k.a. canapes to pair with each wine.  Shown in varietal pairs, what better way to explore Australia’s regional and stylistic diversity and, with our first match, the impact of bottle age.  Our audience was rapt.

Here are the pairings: My pick of the pairings?  Lots to like here but, going the extra mile and giving the taste buds a thorough tickle, I loved the intensely fruity, powerful Cullen with the curried lobster, the earthy echo back and forth between the Bill Downie Pinot and mushrooms and, probably my top match, the lively, lifted Mount Horrocks Shiraz with an equally lively and fresh “Japanese style” (said Jones) beef carpaccio.  Most definitely a good thing Jones opted for this (chilli-flecked) version and not the classic with anchovy, capers and raw egg – hard to think of a less wine friendly bunch of ingredients!!!!! Over lunch we kicked off with a shot of pea green watercress soup.  It was perfectly paired with Shaw & Smith Sauvignon Blanc  2013 which, scoop, last night was crowned champion Sauvignon Blanc at The Harrow’s Mamba Riedel Decanter Awards.   Meaty hen-of-the-woods mushrooms took the grilled Cornish line-caught sea bass into Pinot territory, Shaw & Smith Pinot Noir 2012 to be precise while a juicy Cullen Mangan East Block 2012 (Petit Verdot and Malbec) brought out the succulence of pink Welsh lamb. Framing our pretty-as-a-picture mini dessert platter our very late lunch (!) concluded with Cullen Late Harvest Semillon 2013, at which point the De Bortoli magically appeared for a final varietal mix and match experience (and yes, the De Bortoli was most definitely was the match for the chocolate).