Elderton Western Ridge Grenache Carignan: as far from the blockbuster concept as possible 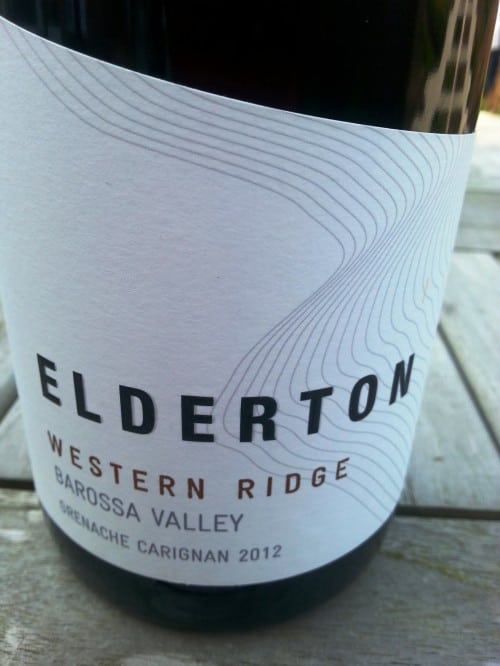 Back in my Oddbins’ days Elderton Command Shiraz lived up to its name.  It commanded terrific respect among Oddbinites, staff and customers and, in true Barossa style this rich, warm, generous old vine Shiraz flexed its considerable muscles on the palate.  It remains a benchmark classic Barossa Shiraz.  Not that this has stopped Allister and Cameron Ashmead from flexing their muscles in other directions.

Since the launch of Elderton Grand Tourer Shiraz the brothers have shown that Elderton can do medium-bodied, elegant and savoury very well indeed, so I was intrigued to receive samples of Elderton’s new Greenock wines and their re-named High Altitude (formerly Eden Valley) Cabernet Sauvignon and Shiraz. And blown away by Elderton Western Ridge which, to coin winemaker Richard Langford’s phrase is “as far from the blockbuster concept as possible.”

The Greenock wines – a Shiraz, Grenache Shiraz Mourvedre and Grenache Carignan – come from a 60 acre vineyard in Greenock in the west of the Barossa Valley which has plantings back to 1915 (and sits at 330-350m above sea level – relatively high for the Barossa Valley “floor”). The Ashmeads acquired it in 2010.

The High Altitude range is sourced from another recent acquisition – the Ashmead’s Eden Valley vineyard which lies just south of the small township of Craneford.  Wetter and cooler, it sits at an average altitude of 390 – 425m above sea level (much higher than the Estate vineyard in Nuriootpa at 275m and on much leaner soils too).

Here are my notes on the wines, all of which come from the excellent 2012 vintage together with UK importer Field Morris and Verdin’s indicative prices: 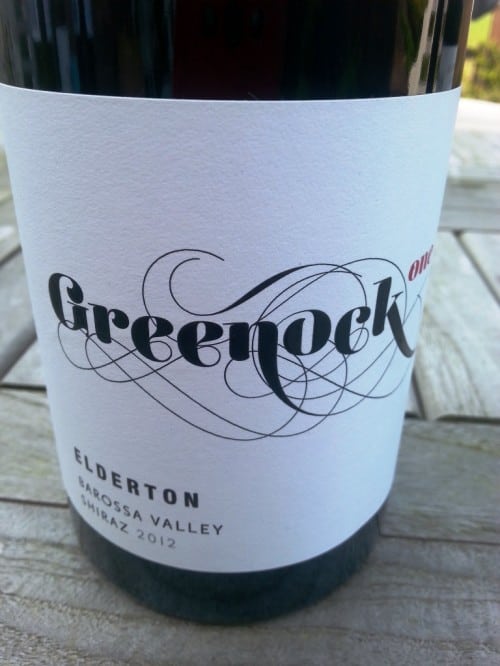 This is the first release of Greenock One and it is sourced from very low yielding vines between 20 – 35 years of age. Apparently, the Ashmeads still struggle to get more than one tonne an acre. Deep purple with a potent nose of concentrated fruit and flowers.  In the mouth my mum nailed our first impression when she described  it as “like drinking cream.”  Certainly, as you’d expect, it is rounder than the High Altitude Eden Valley Shiraz, fruitier too, with a terrific hit of palate staining, juicy blackberry and ripe plum and a toasty finish.  On day two, its underlying chassis of ripe but firm tannins is more assertive.  With lots more to give it’s a good buy at £20. 14.5% 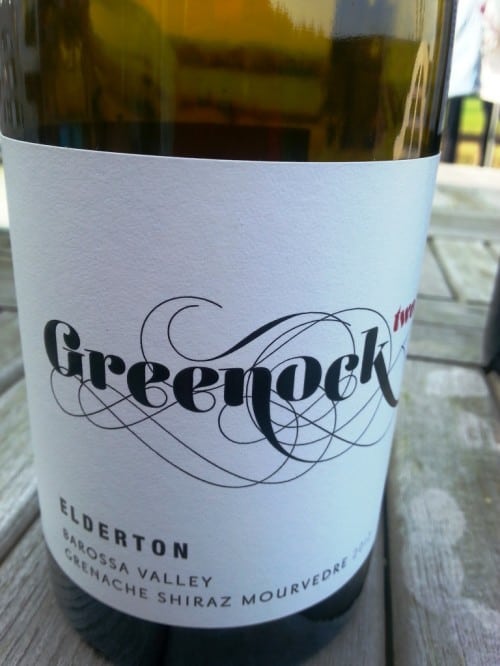 This is a really lovely, lively uber-drinkable Grenache (46%) Shiraz (35%) Mataro (19%) blend with oodles of interest.  The Shiraz, typically the first to ripen, was open top fermented alone and the later ripening Grenache and Mourvedre co-fermented, which perhaps accounts for its seamlessness and beautifully integrated acidity.  Very (red) cherry, it shows exuberant kirsch as well as (not so confected) cherry lips (a sweet one of my sisters used to love) laced with peppery spice and hints of savoury leather.  Lovely balance.  Very good.  £20 14.5%

This cuvee from the Greenock vineyard draws on old vine fruit – the Grenache (92%) was planted in 1969 and the Carignan (8%) in 1915. Both varieties were picked and fermented together in open top concrete fermenters at relatively cool temperatures (to ensure that fruit freshness was preserved) then aged in seasoned French oak.  It’s a winsome wine of great levity and intensity.  A translucency to its bright, almost crunchy, skinsy red pomegranate, cranberry and cherry (lips) fruit readily reveals  sandy, mineral tannins and delicious savoury, spicy, herbal incense, earth and lavender nuances.  Though with its medium-bodied, relatively austere palate (especially given the high Grenache component) one is conscious of the alcohol, there is plenty else to distract and ensnare the taste buds and I found myself going back to the glass again and again.  Loved it.  14.5%  £31

The Ashmeads have always been great exponents of Barossa Cabernet Sauvignon.  Aged for 12 months in French hogsheads and puncheons this has a lovely weight and intensity of cassis fruit with ripe mulberry, cedar and bay leaf spice plus an Aussie lick of eucalyptus.  Fine grained tannins make for a long, poised finish.  The fruit is beautifully groomed and buffed by well integrated oak.  Raring to go and very delicious now. 14.5% £26 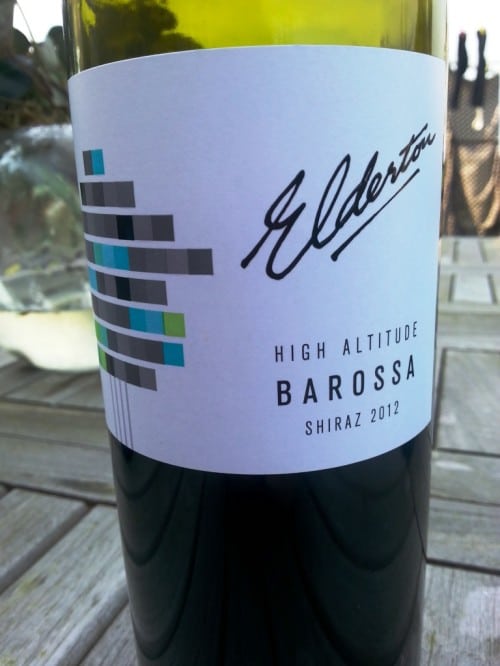 This Shiraz was pressed straight to barrel and spent 12 months in 5 and 6 year old US puncheons. As I expected (from Eden Valley), it was more lifted and savoury than the Greenock Shiraz with pepper and eucalypt to nose and palate.  However, I found it a little reedy on day 1 and it still seemed a little out of sorts on day 2.  On day 3 it started hitting its stride, revealing vanillin and mochachino-edged raspberry and plum fruit with savoury liquorice. One to review.  14% £26