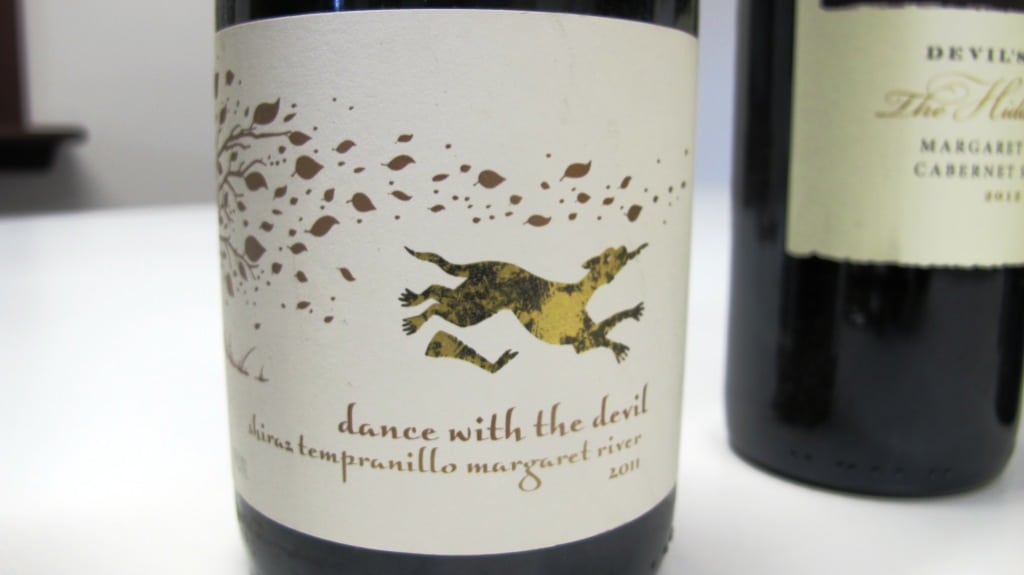 Dancing with the devil: a visit to Devil’s Lair, Margaret River 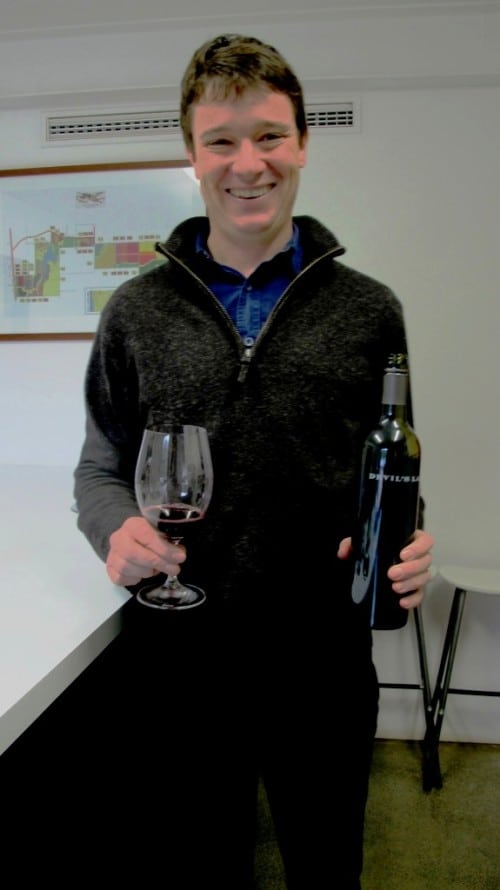 Oliver Crawford was white winemaker at Penfolds before he took over winemaking at Devil’s Lair in Western Australia, which is also part of Treasury Wine Estates portfolio.  And with, given its southerly location within Margaret River,  a vineyard very much focused on white varieties (and increasingly so), he is a man on a mission to woo consumers away from New Zealand Sauvignon Blanc and, more particularly, back into the more generous (but not too generous) embrace of Chardonnay.

Big but not on Chardonnay

Where Devil’s Lair is Australia’s biggest Chardonnay brand by volume and value, the company is certainly well-placed to take advantage of Australia’s Chardonnay renaissance.  That said, Crawford has mixed feelings about said renaissance.  In his opinion the shift away from the ultra-ripe, peachy, broad and buttery styles of old has, in some cases, gone too far “compromising Chardonnay’s flavour spectrum.” So while he is all in favour of going steady on the oak and malolactic fermentation flavours, he wants his Chardonnays to deliver on well-defined fruit.

This desire for flavour and fruit intensity also explains why Devil’s Lair’s premium Cabernets are now being sourced from Margaret River’s Wilyabrup, a good 45 minute drive north of Devil’s Lair.   It’s warmer and drier there so the chances of consistently ripening the late cycle Bordeaux variety are significantly better.  So much so that the company is about to release a new single vineyard single varietal Cabernet Sauvignon from Wilyabrup to join its top tier 9th Chamber label Chardonnay (which is estate grown). 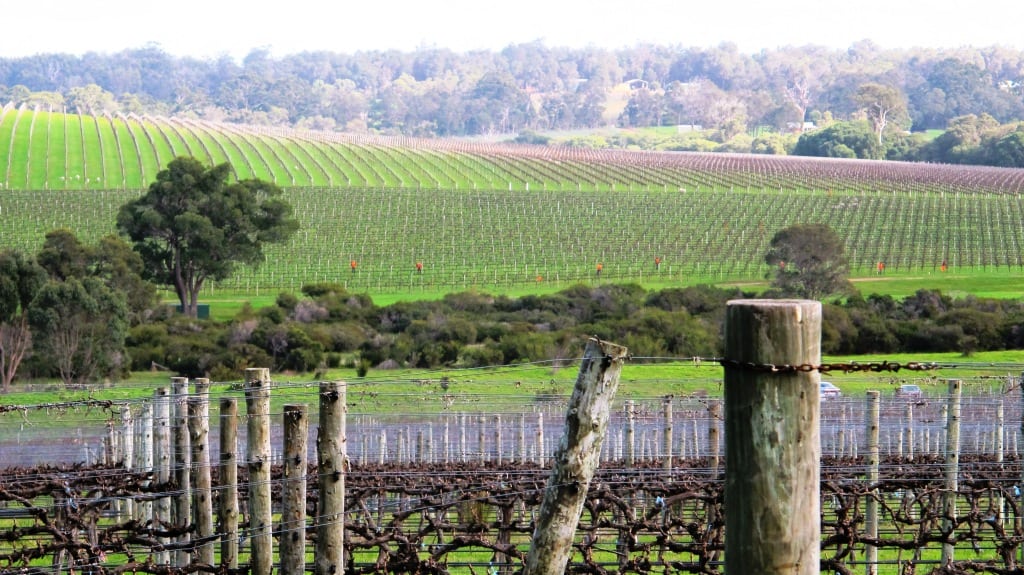 You ‘ll find my notes on both top tier wines plus Davil’s Lair’s latest releases from the range below.  However, before tasting them I took a spin around this sizeable 250ha estate of which 130ha is under vine (up from 32ha in founder Phil Sexton’s day since when the business has been under corporate ownership – Southcorp, Fosters, Treasury).

Casting the net for reds

Viticulturist Simon Robertson started at Devil’s Lair under Sexton’s ownership and, together with Crawford, is plainly enjoying the fresh sense of direction and focus which the brand is settling into after a period of revolving doors’ corporate ownership (though watch this space – Treasury Wine Estates is currently the target of competing take over bids).

Recent changes have included the grafting over of Cabernets Sauvignon and Franc planted on cooler or lower, wetter soils (especially mungite) in favour of better adapted white varieties Semillon and Sauvignon Blanc.  Robertson envisages that the estate will shift from a ratio of 65:35 to 80:20 white to red varieties, especially now fruit for the company’s top reds is coming from Wilyabrup. 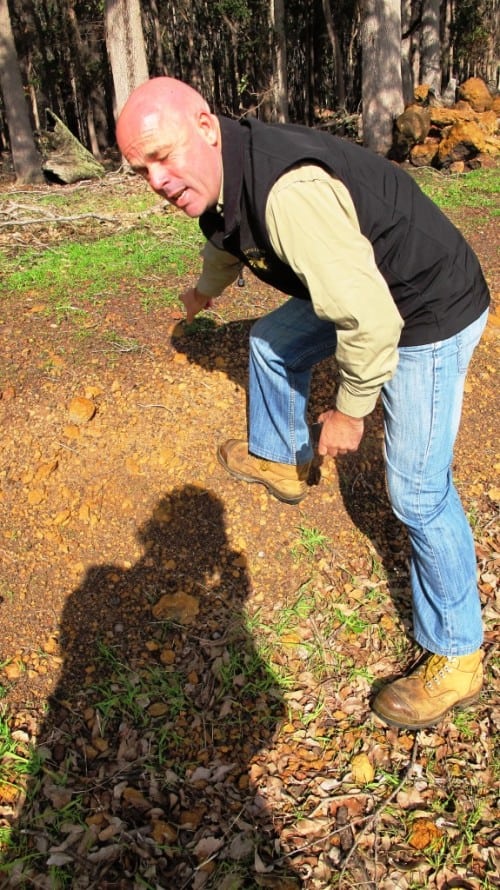 A greater focus on the different conditions/soil types has also led to the vineyard being managed in “small boxes” (parcels) better to take advantage of the estate’s different slopes (up to 90m), aspects and soil types.   “A” grade fruit, especially the reds, come from the ironstone gravel soils which, Robertson demonstrates (pictured), have a meagre layer of topsoil and very free-draining sub-soils.  A greater diversity of clones has been planted.

These changes have also paid dividends in terms of harvest logistics.  At one point, he says, the Chardonnay was more or less ripening all at once so it was difficult to pick it and process it at optimum ripeness.  The small box approach has resulted in staggered pruning and ripening times and, no doubt, accounts for the growth of Devil’s Lair’s Chardonnay range (which is 100% estate sourced), including 9th Chamber both vintages of which have been single block wines.  Going forward, Crawford would like to grow the Chardonnay range yet further.

Another bang on trend shift is the focus on greater sustainability.  A re-vegetation programme is increasing the estate’s biodiversity.  This favours the introduction of beneficial predators, provides alternative food sources for grape eating pests and has also helped to check the growth of the kikuyu, a weed which strangles waterways and reduces sub-soil moisture (problematic when summers are very dry). Sheep-manicured cover crop (now a pretty common sight down under) has not only improved soil nutrition but also reduced the need for herbicides; one parcel has not seen herbicide for five years.  Composting (of grape marc) is now done in-house (which has saved the company around $20k/year trucking grape marc out and compost in).

When this brand was first discussed five years ago Crawford says it was difficult to excite interest in it at a trade level however Crawford was convinced about it and says he now can’t keep up with demand – “consumers are moving back from Sauvignon to Chardonnay.”  To sharpen its varietal character and fruit definition he has hit upon using an element of carbonic maceration (perhaps 20% in this vintage). The wine spent five days on skins in roto-fermenters “which are great for carbonic maceration – you get phenolics from the skins” and, Crawford maintains, “Chardonnay needs phenolics.” The wine was then aged for 3 months in seasoned French oak barriques.  It has an impressive  richness of flavour and texture to the palate with white peach, ripe lemons, oatmeal and cashew nut.  A richness which is delivered at no expense to freshness.  Very well done.  13%

The fruit was hand picked then whole bunch pressed straight into oak with no settling (he says hand picked fruit shouldn’t have too much solids plus whole bunch pressing results in fine juice).  Yeasts were inoculated to start the ferment and, once fermented, the barrels (c 50% new) were placed into a cool room maintained at 10 degrees until the spring when the room was allowed to warm up naturally, resulting in a natural malolactic fermentation (“malo”).  He says in cool years (when they do batonnage monthly) it’s typical for the wine to undergo a 100% malo.  In warmer years (when batonnage is performed fortnightly), wines typically undergo a 50% malo fermentation.  For Crawford the malo is about complexity and texture – yoghurt, milk, nougat and struck match, not fat, buttery characters which he says are an outcome of an inoculated malo. The wine has a creamy, textural quality built around quite a firm underpinning of acidity.  It’s very well modulated going through so, although Crawfords says it’s a bit bigger than he’d like given the hotter year, it’s nonetheless quite an under-stated style.  Again, very well made with nicely integrated oak.  13% 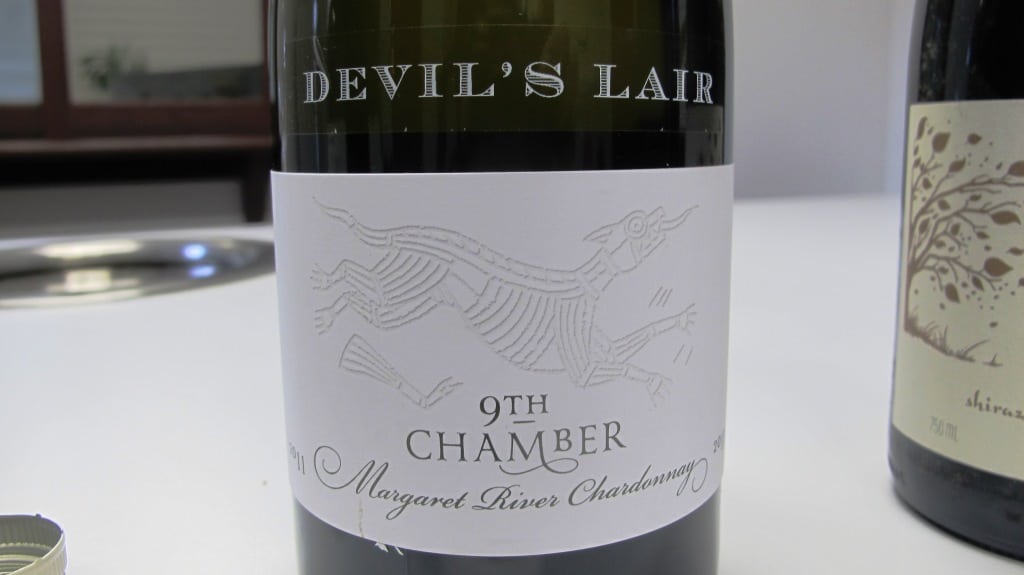 This top tier Chardonnay was first made in 2009 (from a parcel of I10 clone) and again in 2011 (from a parcel of gin gin clone). Crawford says it represents “the best of the best…what Margaret River can do well – steely acid without loss of flavour.”  Focusing on the fruit (which is handpicked), it is fermented (inoculated yeast) and aged in seasoned oak barrels.  In a cooler year, it underwent a 100% (natural) malo, which is surprising given its firm, even austere acidity.  He says grapes were harvested quite early because “we want citrus punch and higher acidity.”  It reveals dried pear and crisp very juicily persistent fresh cut applely fruit.  Finishing long, tight and drily savoury, it has great line, cool intensity and length.  Very good.  12.5%

Crawford describes this label as “the winemakers’ playground.”  Still, this 70/30 blend is also aimed at “dragging people away from New Zealand Sauvignon Blanc.”  It is also, he adds, an opportunity to showcase some very good Margaret River Chenin which, assuming the yields are kept in check, gives Sauvignon ageability.  Both varieties were fermented and aged in old oak for 4 months undergoing a bit of batonnage.  The Sauvignon gives a leafy elderflower edge and lift to the Chenin’s broader, fruitier (but firm) base. It’s well made if lacking a bit of excitement and identity. 12%.

This 60/40 blend is aged in old French 600l barrels and aims for a good Rioja style which, says Crawford, “has complexity from borderline problems – sulphide or brett.” His approach was to do “controlled neglect” by stirring the lees instead of racking off and I agree with Crawford that it does have a roast chesnut character which he attributes to this.  Sweet and sour plummy fruit lends tang and animation on the palate which has an attractive tongue twisting interaction of tannin and acidity.  The Shiraz adds liquorice and clove spice to the back palate. A cheeky wine to pep up a meaty pizza. 14.9% (which it wears very lightly).

This 60/40 blend offers a point of difference from Cabernet Merlot blends which, says Crawford, “is pretty ordinary” in weaker years.  It was aged for 12 months in French oak (c. 20% new) and has good depth and brightness of colour.  In the mouth it has very juicy red and black fruits with a spicy Shiraz backdrop.  I found the acid a bit punchy/hard, making for a rather terse finish.  Drop the acid so to speak!?!? 14.5%

Having started out as an estate blend, this label has now morphed into a single varietal Cabernet Sauvignon, moreover the Cabernet is now sourced from Wilyabrup.  Crawford has just started sourcing some Petit Verdot fomr Wilyabrup and is looking for Cabernet  Franc from here too.  I reckon they’d add a bit more layer to this rich mulberry, cassis and blueberry fruited Cabernet. Though perfumed (cassis and a hint of mint) and polished (with fine-grained tannins) it’s a little one note for my taste, though I like its elegance.  It spent up to 8 weeks on skins for tannin polymerisation and was aged for 18 months in 50% new French oak then for 12 months in bottle prior to release.  14.8%

Although this new top tier Cabernet is mono-varietal evidently the fruit source, a single vineyard in Wilyabrup, lends plenty of nuance and layer.  It has a wonderful ironstone gravel minerality and inky florality to its cedar-edged cassis fruit.  Textured taffeta tannins lend structure and gravitas.   A very long, perfumed finish with persistent but well integrated acidity suggests this will keep for a good few years yet and, though broachable, it will certainly benefit for another 2-3 years in bottle to open up and really strut its stuff.  Lots of potential.  250 cases made.