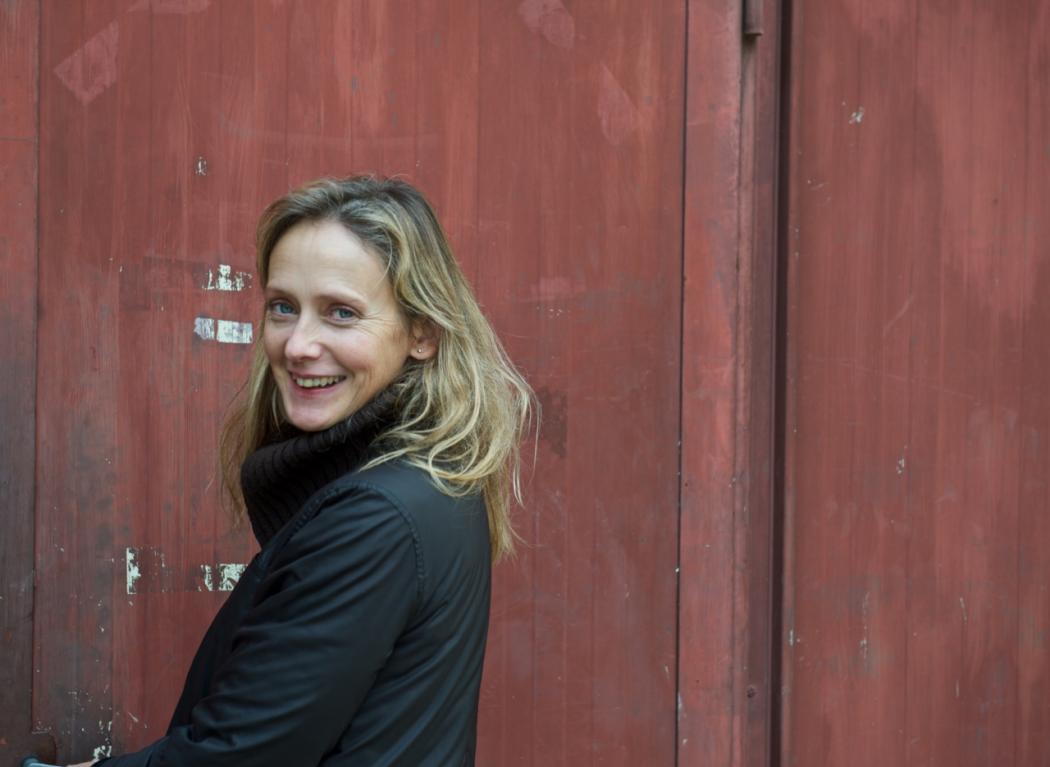 Cutting it. Jane Eyre Pinot Noirs – a novel tale of Burgundy and Victoria 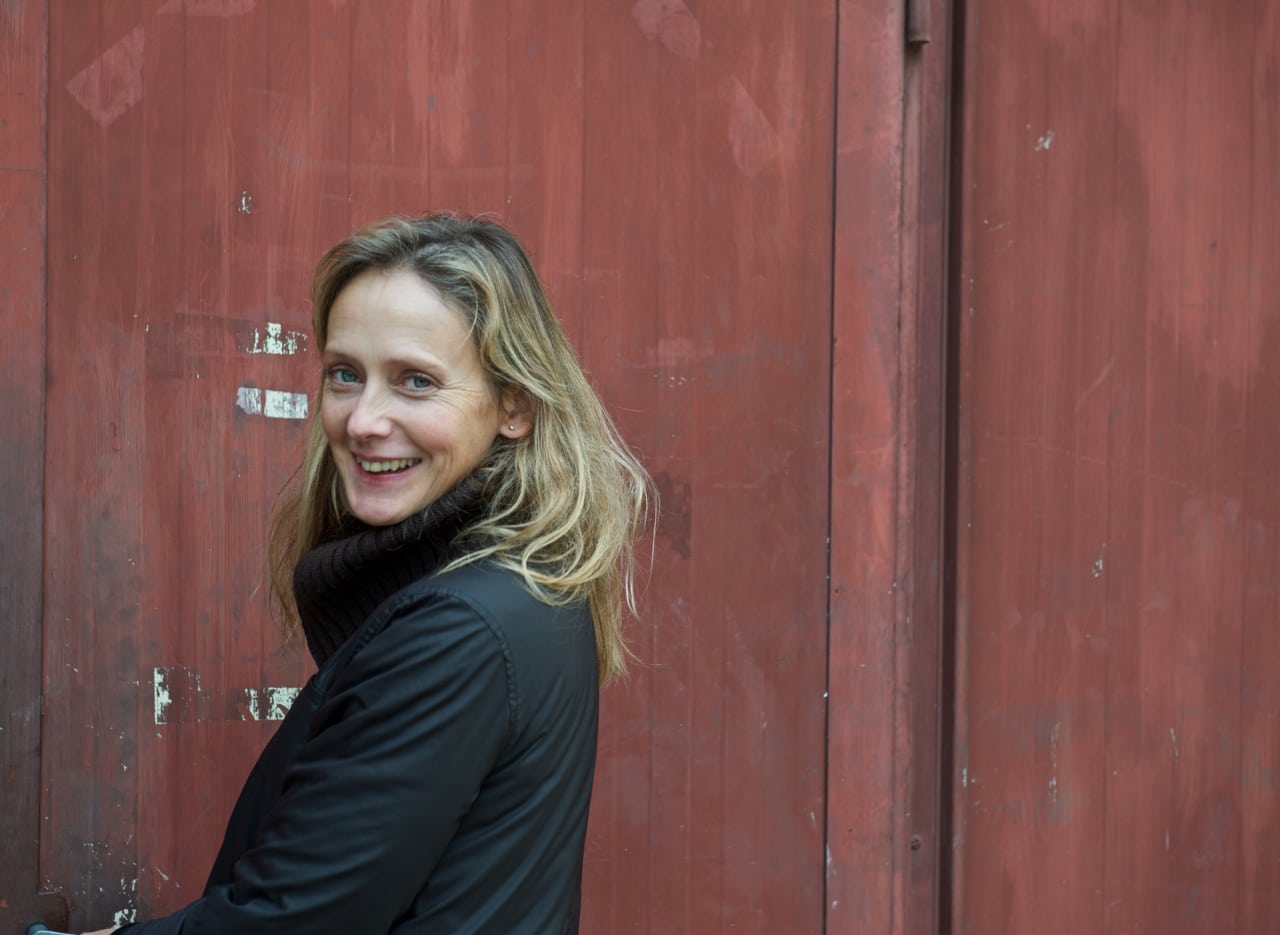 “I am no bird; and no net ensnares me; I am a free human being with an independent will…,” pronounced the heroine of Charlotte Brontë’s most famous novel.  It would seem her namesake was cut from similar cloth.  From cutting hair in Melbourne, Jane Eyre has pursued her passion for wine in Burgundy, Australia, New Zealand and Germany.

She currently makes Pinot Noir in Burgundy (where she has lived since 2004), both at Domaine Newman and for her eponymous micro-negociant label.  Eyre started making Pinot in Victoria, Australia in 2012 and visits during vintage for six weeks each year. I understand that the wines are made at fellow Pinot-phile Bill Downie’s cellar. 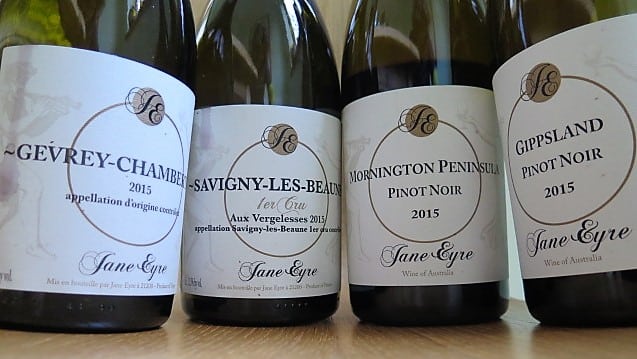 Like Downie’s wines, Eyre’s wines are imported by leading Australia specialist Liberty Wines, whose annual portfolio tasting for the trade takes place next week.   Here are my notes on four of her Pinots from Australia and Burgundy, which I sampled over two days.  It was interesting to compare and contrast the different regions within Australia and Burgundy and ponder the northern v southern hemisphere differences too. 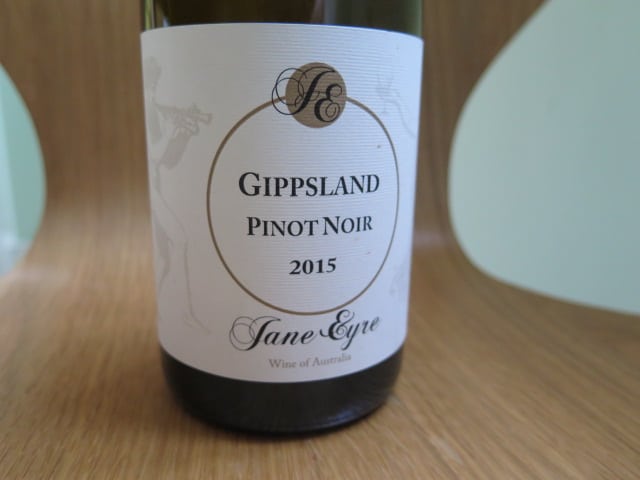 Fruit was sourced from a single dry grown vineyard in Southern Gippsland on red volcanic loam soils.  Planted in 1998, it is organically farmed. Hand harvested fruit was sorted at the winery and 100% de-stemmed. Fermentation took place in an open top stainless steel tank and lasted three weeks. During this time the wine was left on the skins and underwent several light punch downs. The wine was then pressed and aged for 10 months in used French barrels.  Dusty garnet in hue – a natural, not polished gem – with an earthy but fresh nose with raspberry, strawberry, red and black cherry and fleshy plum.  I really enjoyed the un-pushed, relaxed flow of this Pinot and its humus character.  Like the natural garnet hue, the fruit isn’t primped in a punnet, it’s unpicked, still in the garden and it has just rained, so the earth is of a piece with the fruit. With ripe but sketchily present, savoury tannins – skeins of suede – incipient mushroom and anise, this is proper sensual Pinot Noir. Not showy, but really good – uber-drinkable yet lingering.  Loved it.  13% 5.3g/l acidity  RRP £43.99, £186.86 duty paid at Wine Eye/case of 6, £441.01/12 at The Fine Wine Company 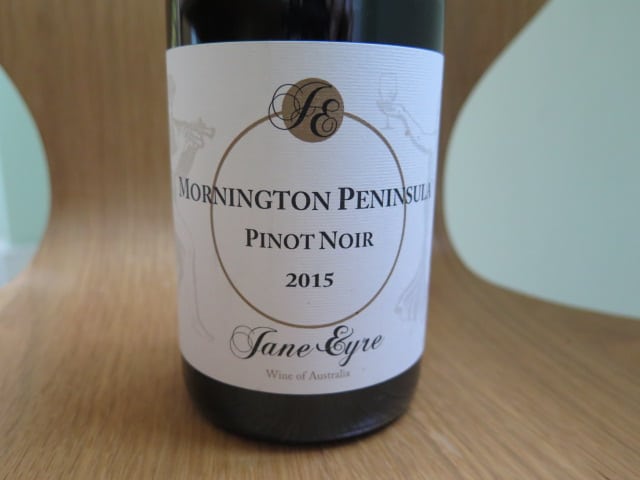 From the highly regarded 2015 vintage, this Pinot was sourced from two vineyards in Merricks. Handpicked fruit from vines averaging 30 years old (at the mature end of the spectrum for the peninsula) was hand sorted at the winery, 20% being selected for whole bunch pressing.  The remaining grapes were de-stemmed and crushed. The wine was vinified in a wooden, open top fermenter. There were several gentle punch downs and, after three weeks, the wine was pressed. It was aged for 10 months in used French barrels, racked once to tank and bottled with no fining or filtration and minimal sulphur (after malolactic fermentation and prior to bottling).  It is a deeper hue than the Gippsland Pinot – crimson, with more opacity and a bolder, fleshier palate.  The nose and palate starts out brisk and bright, with sweet black cherry and strawberry fruit, tarter raspberry, raspberry wood/seed and a flash of green – a resinous, pine needle note which I often find in Mornington Pinots.  Ripe but present, gently mouth-coating tannins rise on the back palate, which has a lick of catering chocolate, orange peel, earth and chinato herbs,  (whole bunch); charcuterie hints too. There’s a touch of sweet and sour here, which becomes more evident on day two.  Lots going on, but not as of a piece as the Gippsland wine, which is my pick of the Australian Pinots.  13.5%, 6g/l TA RRP £43.99, £363.73 duty paid at Wine Eye/case of 12, £441.01/12 at The Fine Wine Company 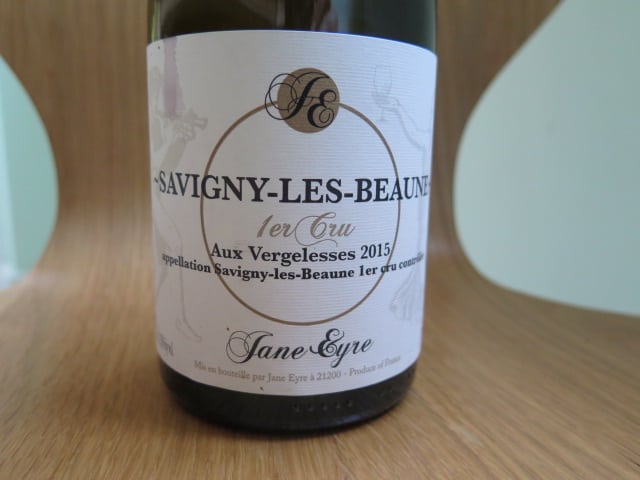 2015 was overall a good year with moderate rainfall followed by warm temperatures to aid ripening.  The vineyard is on a fairly steep slope, well-drained and the soil is argilo calcareous marl.   Small parcels of low yielding fruit were 100% handpicked and de-stemmed. Indigenous yeast fermentation took place in stainless steel tanks where a combination of gentle pump overs and punch downs were employed as needed. The wine was matured in 100% French oak barriques, 25% of which was new. The wines were racked only once to tank before bottling, unfined and unfiltered.  Pale crimson with, as you might expect, less emphatic (and sweet) fruit and ‘flesh’ than the Australian Pinots, though it has a certain lacto/creamy character. More on the nose than the palate.  On day two the fruit – unpushed red currant and berry – shows greater clarity.  There’s also a medicinal edge to its a delicate spice.  The tannins are fine with a gentle touch of grip, making for a drier, more tapered finish than the Aussies, with attractive anise, subtle earth and catering chocolate notes. 13.5%  RRP £49.99, £427.28 duty paid at Wine Eye/case of 12 £520.49/case of 12 at The Fine Wine Company 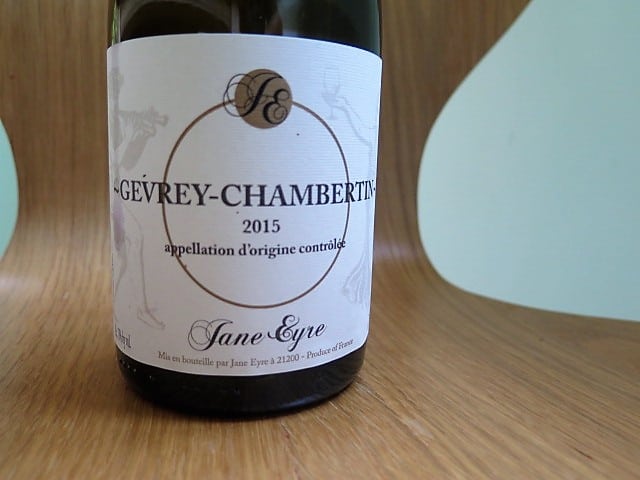 This Pinot Noir comes from two parcels, located on the slopes of Gevrey Chambertin, grown on soils of limestone base with marl, clay, schist and granite. The vines are between 35 and 55 years old.  The small parcels of low yielding fruit was hand-harvested and de-stemmed, 20% was whole-bunch pressed. Fermentation with indigenous yeast took place in stainless steel tanks where a combination of gentle pump overs and punch downs were employed as necessary. The wine was then matured in 100% French oak barriques, 20% new. The wine was racked only once in October, before being bottled unfined and unfiltered.  Unsurprisingly given its reputation, the Gevrey was my pick of the Burgundies.  Deeper crimson with lovely depth and complexity of flavour too.  Like the Gippsland Pinot, this a sensual wine, which tantalises the olfactory bulb with its pops of cherry, sweet glacé red cherry and glimmers of musky truffle, spice, lavender, chocolate and lamb fat, the latter seemingly plushing out this Pinot’s savoury, meaty tannins, so that they become at one with the fruit.  For all that, it has a delicacy – a certain translucency too.  Savoury and lingering, like her other wines this has great drinkability already, though I’d decant it to bring out all those lovely layers.  RRP £56.99, £483.73 duty paid for a case of 12 at Wine Eye, £590.62/case of 12 at The Fine Wine Company

Other stockists (but not yet of the 2015s) include Cru,  D Vine Cellars and Honest Grapes,