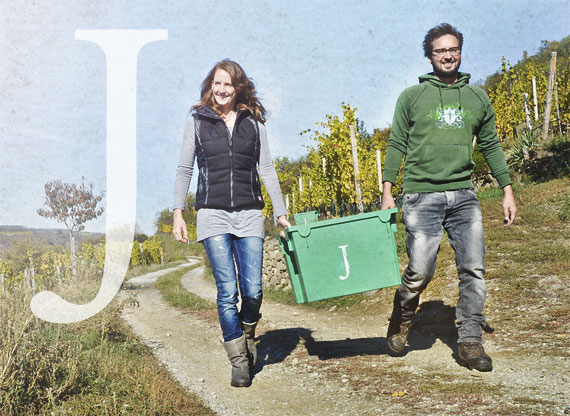 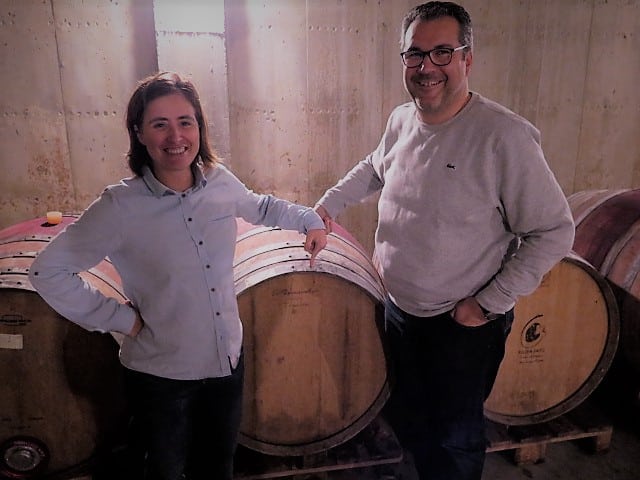 My April Wines of the Month are made by power couples and next gen winemakers – one of whom went into the family business.  The other of whom set up her own label.  They are both making world class wines and I thought this Austrian Riesling (yes Austrian, not Australian!) and Bairrada Baga (back on familiar ground) exemplify their profound ability to express terroir.

Stephan Reinhardt selected some real wow factor wines for an Austrian masterclass during the ASI World Sommelier contest last month, this one from Alwin Jurtschitsch and his wife, Stefanie Hasselbach (of Gunderloch fame in the Rheinhessen), under whose custodianship the vineyards have been converted to organic viticulture.  Reinhardt, the Austria (and Germany) critic for Robert Parker Wine Advocate, praised the Heiligenstein vineyard as one of the great terroirs for Rieslings in the world.  It was, he said, originally called hell’s stone vineyard, but changed to saint’s stone vineyard by Christians.  Both names are apt for a sun-baked terroir which produces heavenly wines.  The volcanic stony outcrop is comprised of a bedrock of ancient reddish-brown sandstone with a high feldspar content, coarse conglomerates, and minor siltstone.  Very steep, the terraced, south/south-west-facing site becomes very hot, but happily benefits from cold mountain winds.  As for this deep yellow, dry, intensely powerful wine, it reveals kerosene notes to the nose and is positively riven with minerality and tension – a great sense of dry extract.  Juicy, lively acidity – a life force – makes for a youthfully persistent palate with plenty of drive and length.  Minerals all the way, with intriguing ‘colour pops’ of exotic ginger, fennel and lifted hops.  13.5% (Residual Sugar 4g/l, 6.7g/l). 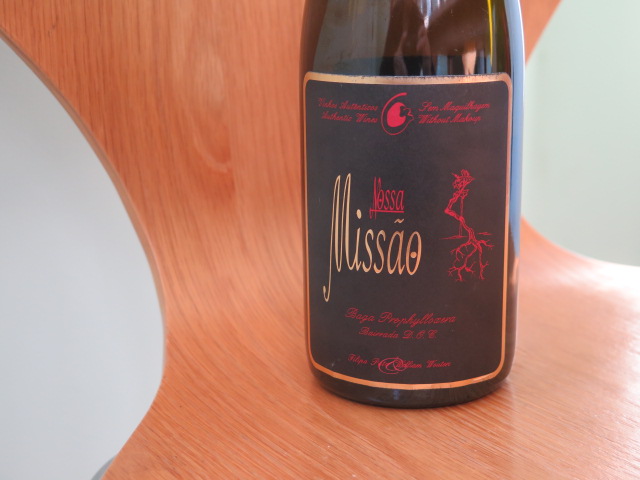 From a tiny vineyard which the couple bought from an eighty-year-old, who inherited it from his grandfather.  So it is thought to be at least 130 years old.  Perhaps even a pre-phylloxera survivor, since it is on own roots.   The Missão vineyard is located on a mild incline, oriented east, on shallow limestone with red clay and pebbles.  The Baga was hand harvested and sorted, with only a part de-stemmed.  The wine was, as usual, naturally fermented, with punch downs over three weeks.  The free run was run off by gravity and the marc slowly, very gently, pressed for blending back.  The wine was then aged for 18 months in pipas, which is when I first encountered it in December 2016 (yes, from the barrel pictured above – my report of that visit here).  It’s always lovely to taste the finished article, especially when the production is so low.  It’s a very special wine.  This deep crimson, semi-opaque Baga’s beguiling nose entrances from the off.  Gorgeous spice, with coltsfoot/aniseed, red liquorice, lavender and earth (stems) and a play of violets, rising….a real chorus of which to approve!  Bright, well-defined red cherry, black berry and currant and sweet plum chime in more loudly on the palate, if treading lightly, such is their freshness, levity and life.  The fruit seems to permeate the pithy, ripe but present tannins, which cradle the flavours from tip to toe, suggesting that this Baga has a long life ahead.  Its makers suggest 30 years plus and, whilst my bottle – one of 510 (and 30 magnums) produced – won’t make it, I hope to have the chance to taste it in my (and its) dotage.  However, I can tell you that, on days two and three, the whole bunch riffs offered up more lavender, meaty (smoky charcuterie) and mushroom notes; the sweet liquorice/anise notes built too, whilst the red and black fruits – a touch sweeter – continued their lively dance.   Terrific, with more intensity, earth and spice than Nossa Calcario, which is a blend of old vineyards. Like I said, Unmissão!  12.5%
(Visited 546 times, 1 visits today)
Categories
BlogMy Wines of the MonthOff PistePortugal
Tagged
Austrian RieslingBairradaBairrada BagaFilipa Pato & William WoutersFilipa Pato & William Wouters Nossa Missão 2015Jurtschitsch Heiligenstein “1ÖTW” Riesling Ried Zobinger Kamptal Reserve 2015Portuguese wineWeingut Jurtschitsch