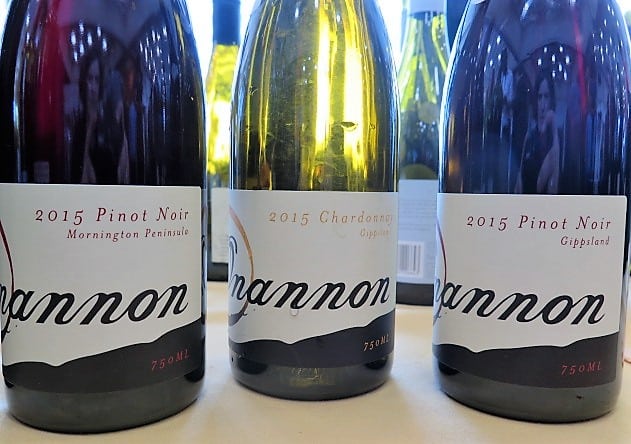 What’s in a name?  In Onannon, three names and a pun (or was my leg being pulled?)  As for what’s in the bottle, I liked the contents very much – a Chardonnay and Pinot Noir from Gippsland, plus another Pinot Noir from Mornington Peninsula.  Enough to seek out the wines again at their importer Boutinot’s tasting last week, having tasted the Chardonnay at January’s Australia Day Tasting.

You’ll find my tasting notes below, but let’s go back to the name.  It spells out the last two or three letters of its founders’ surnames.  They are Sam Middleton (of Mount Mary pedigree), Kaspar Hermann and Will Byron.  The trio studied wine science together at Charles Sturt University.  Since leaving, each has worked vintage at Coldstream Hills  and, I gather, ‘bounced between vintages in Burgundy and Australia,’ hence their facility with Chardonnay and Pinot Noir.

The pun?  You can also read the name as ‘on ann on,’ as in the finish goes on and on.  Which is just as well, because these are wines that are made for pleasure.  Yes, they have detail, but they’re not in the least over-wrought.  It’s a winning combination.  I particularly liked the Chardonnay. 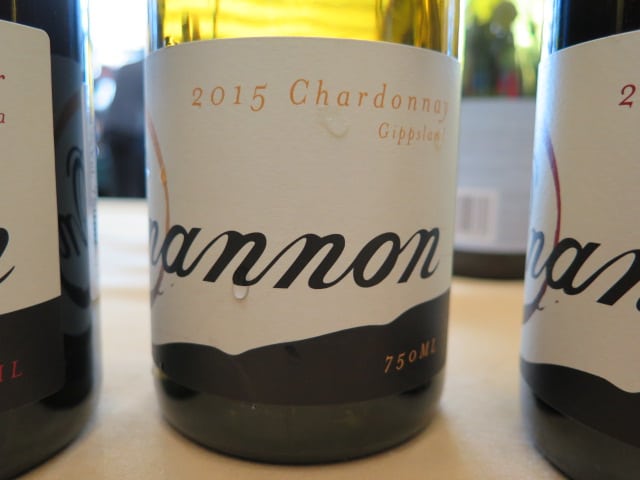 A Chardonnay with sinew and heft, minerals and flesh.  Very delicious it is too, rich and toasty with flinty/cordite undertones to its white peach fruit, lively lemon zest lift and a touch of cashew to the finish.  What marks it out as a thoroughly modern Chardonnay is its fresh, persistent acidity.  Lovely balance.  The Chardonnay (i10 clone) comes from Bill Williams at Tambo estate in East Gippsland. The vineyard was planted in 1995 on fine sandy clay loam with shattered quartz in a gradational mottled clay profile over sandstone.   The trio play around with different levels of solids and a combination of yeasts for complexity.  The wine does not undergo malo and is aged for 10 months in French Oak (30% new).   13.5%  £21.45 at All About Wine 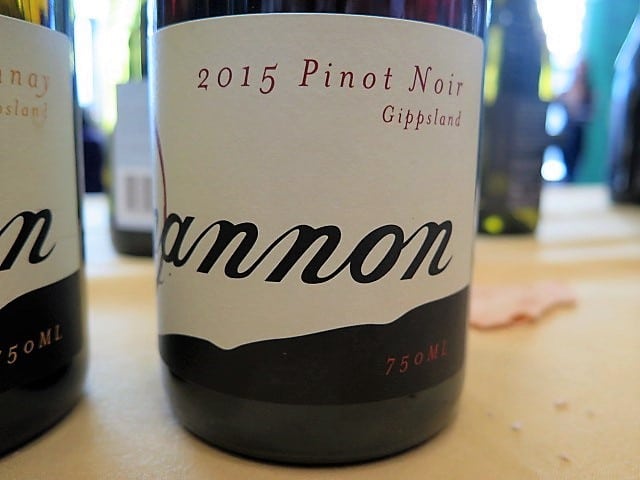 A pale, gentle Pinot, already with a touch garnet at the rim.  It has a sweet-scented nose and palate, with a touch of strawberry cream soda to its plum fruit; a contrasting hint of green too.  Pithy, subtly spicy tannins lend texture and eke out the flavours, building intensity. Fruit for this under-stated Pinot was sourced from two vineyards. The majority (70%) from John Ellis, in Berry’s Creek, South Gippsland (18 year old high density vines,predominately 114/115 and MV6 Clones selected). The balance (MV6 clone) came from Lightfoot & Sons’ 17 years old vineyard in East Gippsland on terra rossa over limestone. The fruit was de-stemmed into separate fermenters with minimal SO2. After a 6 day cold soak, primary fermentation took 8 days following which the wine was immediately pressed and settled overnight before being racked to barrels to sit on gross lees. The wine was racked prior to bottling in late December. Un-fined and Un-filtered.  13.8%  £21.45 at All About Wine 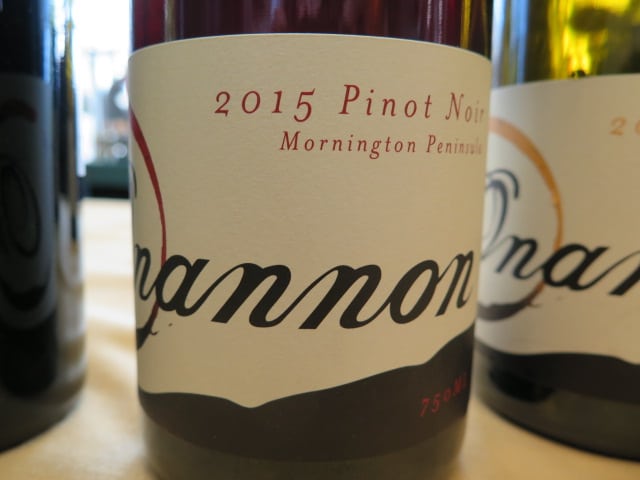 Still pale, but a brighter, more uniform hue.  Very vivid.  The palate shows greater complexity with coltsfoot and pine (dried pine needle) forest floor (whole bunch), milk chocolate and chinato notes to its fresh, slinky red berry and cherry fruit. Persistent acidity and silky tannins make for a fluid, long finish.  On ann on.  My pick of the two Pinots.  It similarly came from two vineyards – a Red Hill site (23-year-old vines, MV6, 777) and a site in Shoreham (18-year-old vines, MV6).  After a five day cold soak, it was naturally fermented for 5-8 days (a 15% whole bunch component – 777 clone – was vinified separately).  It then remained on skins for 3 weeks; it was bottled in late December. Un-fined and un-filtered.  14%  £21.45 at All About Wine